Mr Mizzi warns that the pressures brought about by the war and the effects of the pandemic could yet negatively impact economic growth. 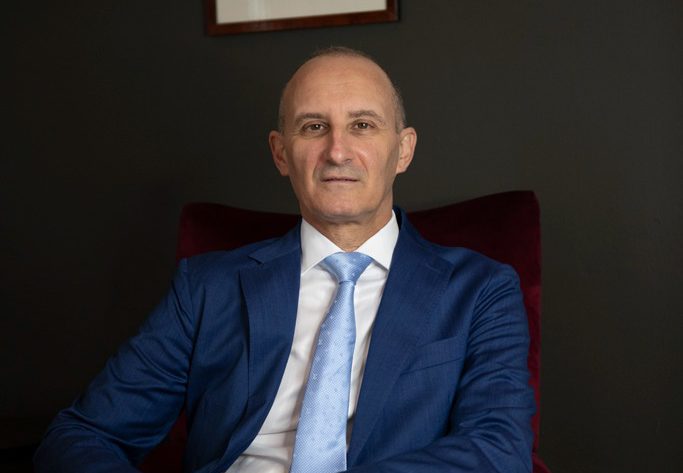 Lamenting on added pressures being faced by central banks, companies and individuals brought about by the war in Ukraine at a time in which an acceleration of global economic recovery was expected, Jesmond Mizzi is heartened by the European Commission and Fitch Ratings’ latest outlooks for Malta.

Malta’s rapid economic growth was noted, partly thanks to the rebound in the tourism sector post pandemic; while the Commission’s expects that Malta will withstand the impact of the war and the increase in commodity prices.

Mr Mizzi is managing director of Jesmond Mizzi Financial Advisors Ltd and non-executive director of Hili Ventures Ltd. He has been involved in the financial services industry for over 24 years and was asked to comment for the cover story of the latest edition of Business Now magazine, the sister brand to BusinessNow.mt.

Mr Mizzi believes that there remain several challenges for the country and its policy makers. For example, he states, “while the tourism industry is expected to remain a significant contributor to Malta’s economy, increased inflation and potential stagnation in neighbouring countries could present risks to Malta’s tourism product.”

“Another key question relates to the extent to which Government can continue pumping money into the economy to sustain it as it is doing with energy subsidies,” he continues, noting that while this has its advantages, it also comes at the expense of a higher deficit.

And, while he acknowledges that local businesses and the local financial markets have so far shown resilience, Mr Mizzi warns that the pressures brought about by the war and the effects of the pandemic could yet negatively impact economic growth. “One would expect the rate of economic growth to decline as higher prices reduce demand for non-essential items,” he states, affirming that locally, household consumption is the main component of GDP, and a decline in consumption is sure to leave its mark on the economy.

On the other hand, the managing director of Jesmond Mizzi Financial Advisors Ltd also considers the possibility that some consumers, especially those whose income was not impacted by the pandemic, will have seen their savings go up between 2020 and 2021, in part because of fewer opportunities to spend money.

“This group will be better placed to cope with higher prices than consumers who experienced a reduction in income, many of whom are likely only just seeing their income return to pre[1]pandemic levels,” he ventures.

Meanwhile, Mr Mizzi notes that within the local financial market, this year the equity index has, so far, outperformed its international counterparts, for a number of possible reasons. “Firstly, there is minimal foreign intervention in local equities, with most investors investing with a long-term view and tending to buy and hold. In addition, most of the revenues generated by companies listed on the Malta Stock Exchange come from local operations, making them less susceptible to international shocks,” he explains.

Comparing the situation to that in the 2008 crash, Mr Mizzi points out that the banking sector today is in much stronger shape, and the regulatory capital buffers which the sector put in place as a result of that crash have made banks safer and more risk averse. “While a decline in economic activity will have an impact on the banking sector, it is widely believed that most local and international banks can weather an economic downturn much better than they were able to in 2008,” he says, and as a result, if markets fall further, the decline should not be banking sector led.

Developed international markets have been highly volatile this year, yet the most volatile sectors were those which are highly sensitive to interest rate changes, such as equities in the technology and other growth sectors. Sovereign bond markets have also shown some volatility but yields predominantly moved higher as prices fell,” he continues.

Expanding on his evaluation, Mr Mizzi notes that at the start of 2022, investors’ concerns were rooted mainly in the prospect of higher inflation figures and the expectation of an impending hike in short term interest rates by central banks. Then, Russia’s invasion of Ukraine exacerbated these concerns and has caused energy and food prices to surge. As a result, he explains, “the global tech sector is among the worst performing equity sectors so far this year. The value of growth companies tends to be inversely related to the changes in interest rates and the sector tends to be highly sensitive to changes in interest rate expectations.”

Finally, his advice for financial investors and businesspeople stems from the fact that “inflation is eroding the value of our savings every day.”

“Despite the current market volatility, equities are expected to continue delivering mid-single digit growth rates over the long term. However, in the short term, volatility, mainly caused by higher inflation rates, is likely to stay. Perhaps a silver lining is that downside volatility will also create new long-term opportunities that can be exploited,” he says.

In his view, Mr Mizzi advises that “on the equity side, investors should favour cash rich and profitable companies which have pricing power. Such companies are better positioned to pass higher input costs to the end customer in the form of higher prices, without experiencing a significant decline in revenue. Companies which produce what are considered to be consumer staples are also expected to continue doing well. All this means a more defensive equity portfolio and less exposure to growth companies and small and medium caps.”

Meanwhile, on the bond side, he notes, “volatility spiked across all segments of the bond market, as high inflation figures and a change in central banks’ narrative spooked fixed income investors. As a result, the negative sentiment surrounding the bond market gained traction at the start of the year, with yields on highly rated bonds rising to levels we haven’t seen in years. Such an increase in yields has presented new challenges for issuers as well as opportunities for bond investors. If economies fall into recession, the risk of high inflation should subside and we would expect yields on bonds to stop rising, as investors anticipate a reduction in the extent of rate hikes by central banks going forward.”

In conclusion, it is his belief that investors should be more selective and favour more defensive sectors over high growth companies. “As volatility remains elevated, drip feeding the amount available for investment may prove to be a successful strategy while the benefits of diversifying across bonds and equities may come back into play as yields on sovereign bonds increase and attractive opportunities start to emerge in good quality bonds with short term maturity.”

This is an extract from the cover story of the carried in the summer 2022 edition of Business Now magazine.

Read next: For digital nomad Emma Calleja, summer breaks are all about returning to your roots