The first works involved in the project form part of the exhibition ‘Bonds’ by Lilyana Ger and Nadya Peovska. 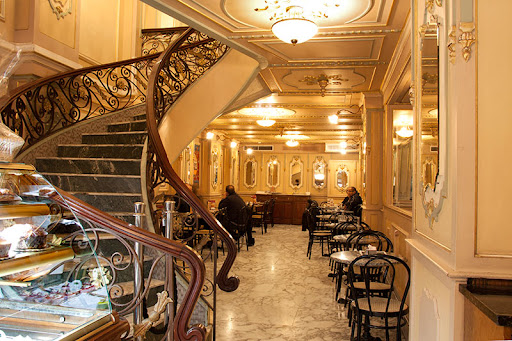 Iconic Valletta cafeteria Caffe Cordina has collaborated with the Malta Society of Arts (MSA) to host satellite shows of exhibitions taking place at Palazzo de La Salle, that is, the MSA’s seat.

The aim of this collaboration is to further support the arts and those investing their energy to hold noteworthy exhibitions.

“Here at Caffe Cordina we have a tradition of displaying beautiful works on our walls as we believe we should promote the arts and culture,” Luca Cordina, the cafeteria’s Head of Business Development said.

“This collaboration is a perfect match between our two institutions since our Caffe has a traditional tie to art with its permanent display of numerous works by Giuseppe Cali,” he continued.

Caffe Cordina and Palazzo de La Salle have their origins in the 19th century and are situated metres away from each other on Valletta’s main artery.

“Caffe Cordina is a highly respected institution, and both establishments have a keen interest in the arts,” MSA President Adrian Mamo said.

“The kinds of collaborations between the private sector and public institutions benefit both sides, but most of all they benefit the arts and artists themselves since they multiply their exposure,” Arch. Mamo continued.

The first works involved in this pilot project and satellite show form part of the exhibition ‘Bonds’ by sister artists Lilyana Ger and Nadya Peovska from Bulgaria.

The exhibition is open at Palazzo de La Salle until 23rd September, with select pieces on display at Caffe Cordina.

Read next: Demystifying work-life balance: How to instil pride and ownership within your teams