Gianfranco Capozzi’s outlook might sound too forward-thinking, however given the esports industry’s numbers, it’s closer to fact than fiction. 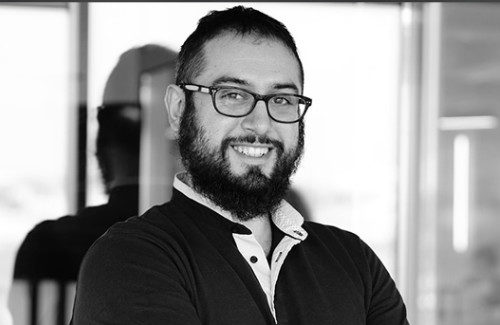 Earlier this week, Italian Military Engineer turned Head of Esports at Catena Media Gianfranco Capozzi spoke to European Gaming about the trends, technologies, and future of the up-and-coming esports industry.

Given his background as an avid gamer, one might say that Mr Capozzi was practically destined for a career in esports, however it took him a good few years and many different experiences before he landed his current role at Catena Media.

“I had one of those atypical careers, I wore different hats and spent some time chasing after different opportunities,” Mr Capozzi said.

He started off his career with a five-year tenure in the Italian Army as part of the Engineer Corps. After that, Mr Capozzi made his way to Malta where, after a brief experience in the HR and recruitment sphere, he found his “real vocation” at Catena Media.

“Esports are without a doubt a media opportunity for all brands and companies – even for those that are galaxies away from the gaming industry,” Mr Capozzi noted.

Substantiating his claims, the Head of Esports made reference to the “different sponsors that [show] up at the [esports] leagues and tournaments.”

“Marketers have understood that if they want to attract new generations, traditional advertising channels are no longer enough. TV advertising, magazines, and other legacy media are part of history,” he said.

Mr Capozzi’s outlook might sound too forward-thinking, however given the esports industry’s numbers, it’s closer to fact than fiction.

“We’re seeing an unprecedented growth rate in the esports sector. As has been shown in various reports from Newzoo, Statista, and even BusinessInsider, the esports market is growing rapidly with projections of a value over $1.5 billion by 2023,” he noted.

“A shift in mindset is becoming more and more prominent. Originally set as a subsection of sport, or of the larger gaming sector, esports are now becoming a full industry with a vivid ecosystem and a strong presence in all five continents,” Mr Capozzi said.

Surprisingly, one of the elements which aided the esports industry’s surge in popularity in recent years is the COVID-19 pandemic.

Because of the outbreak, Mr Capozzi noted that “we moved on from asking ourselves if ‘esports is considered a sport’ to the 2020 statement ‘esports is the only sport available’.”

Apart from that, the popularization of blockchain technology and cryptocurrency have helped the esports industry become acquainted with the betting industry, as people from all around the globe place bets on the outcomes of esports leagues and tournaments.

“The esports and crypto industries have a lot in common, as their audiences are both highly engaged, with a decentralized mindset and a thirst for innovation,” Mr Capozzi highlighted.

“Moreover, the vast majority of esports audiences are young and tech savvy – which makes them perfect candidates for crypto enthusiasts as well,” he concluded.

Read next: ‘Efforts undertaken by stakeholders augur well for the future of sports betting’ – Sergio Cappitta