Company’s portfolio was up against beers from around the world. 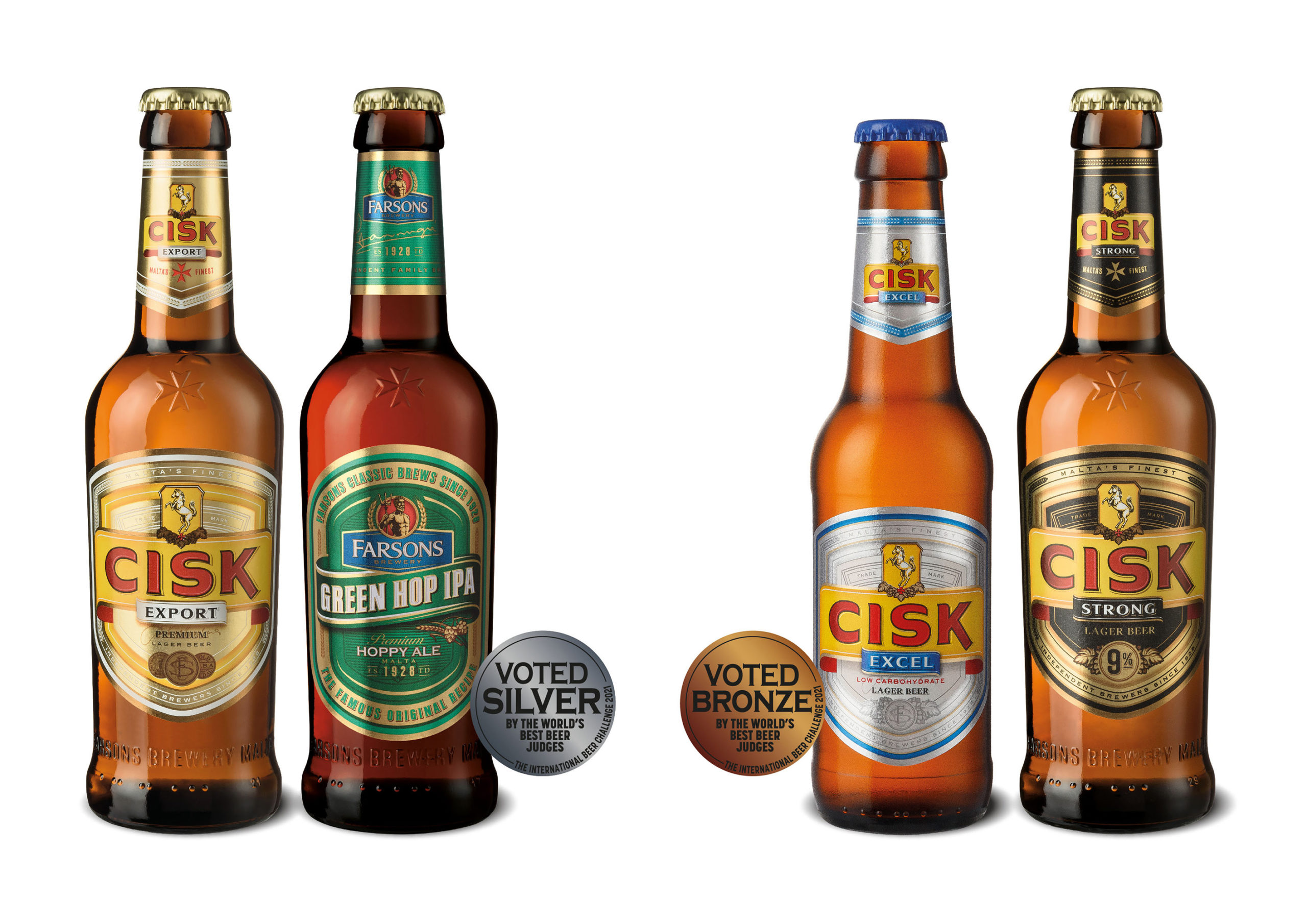 Farsons Group’s Chief Operations Officer Eugenio Caruana has paid tribute to his company’s brewing team, after a number of its beers recently scooped up a number of international awards.

The International Beer Challenge (IBC) 2021 – one of the most prestigious beer competitions in the world – gave awards to four beers in Farsons’ portfolio.

Cisk Export – brewed primarily for the export market, as the name suggests – won Silver, as did Green Hop IPA, the latest addition to the Farsons Classic Brews portfolio. This was the newly launched beer’s first-ever award.

During the competition, beers from across the world were tasted, spanning traditional brewing nations like the UK, Germany, Belgium and the USA, as well as exciting emerging markets in South America and Asia.

Meanwhile, Cisk Excel was also awarded a silver medal in this year’s edition of the Brussels Beer Competition, during which 1,800 beers from 35 different countries were judged by a panel of international beer professionals.

Farsons’ award spree didn’t stop there, however. Cisk 0.0, the company’s first non-alcoholic beer, recently won a gold medal at the International Brewing and Cider Awards 2021, held in Burton-upon-Trent in the UK, with Cisk Strong winning a bronze medal.

“This year’s awards come after a particularly challenging year for our industry worldwide. They are a tribute to a skilled and experienced brewing team whose dedication to the craft of brewing is unrivalled. We are extremely proud of these results, our beers and their rich heritage and tradition,” Mr Caruana said.