Hanna Lerenius shared her thoughts on leadership and pursuing a rewarding career. 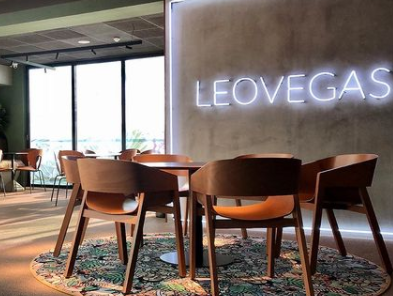 “My advice, although somewhat cliché, is to go your own way – you don’t have to choose something just because somebody says so. Follow your gut feeling – it will take you a long way,” says Hanna Lerenius, Deputy COO at LeoVegas Group.

Ms Lerenius shared her thoughts on career progression and advice for aspiring young leaders as part of an initiative by LeoVegas ahead of International Women’s Day on 8th March.

“At one point in my career, I felt lost and was advised that if I wanted to be desirable on the job market, I had to become a specialist. But in which field?” she said on social media.

“In the end, I decided to leave my old industry, moved to Malta and ended up in the ever-changing and ever-challenging gaming industry but, most importantly, in LeoVegas – a company with a culture that enabled me to grow as a leader.”

The Deputy COO also shed light on the challenging yet rewarding aspects of her position, saying “the most rewarding part of my career is to enable people to take a more holistic perspective than they normally would in their roles, and to see them make wiser decisions for themselves and the company based on that.”

“Getting people to take a holistic perspective can be challenging,” she asserts, “but it is crucial for the success of a company that has grown so quickly in such a short time.”

Ms Lerenius joined LeoVegas Group in 2017 as Expansion Manager, and held the position of Director of Business Development before her current role as Deputy COO since October 2020.

Read next: LinkedIn’s co-founder says having an ‘entrepreneurial mindset’ is key to success