Despite being over 40 per cent down on passenger numbers when compared to 2019, Malta International Airport is seeing strong signs of recovery – although a complete return to the highs of 2019 isn’t expected until 2024. 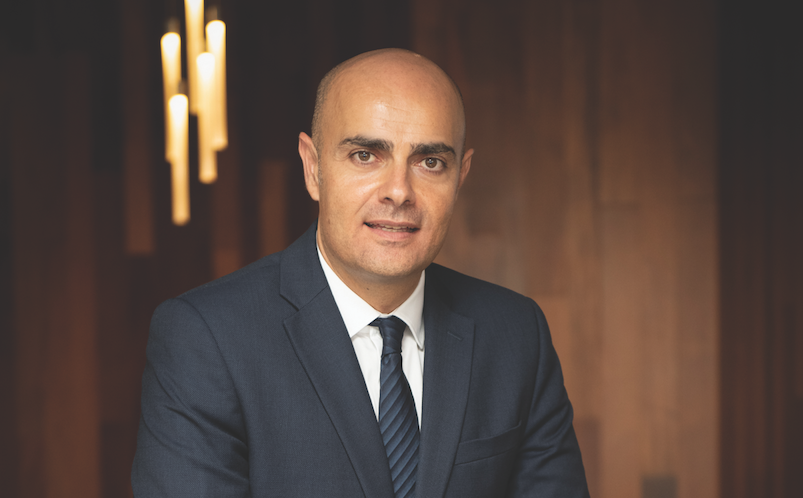 Few places saw as dramatic a downturn in business as airports did when COVID-19 hit. The world over, these buzzing hubs of movement and activity fell quiet, as planes were grounded, and travellers banned from going in and out.

“Everything went quiet almost overnight. The building went from being busy all the time to feeling like a ghost town. I could never have imagined it.”

The financials reflect that. As passenger traffic for the year suffered a drop of 76.1 per cent, the airport reported that total revenue for the Group had decreased by €68 million (-67.9 per cent) when compared to 2019. Profits were significantly changed too: in 2019 the Group closed the year with a profit of €33.9 million, while this dropped to a net loss of €4.3 million at Group level in 2020.

It was an unforeseen blow, and Mr Borg and his team grappled with cost-cutting initiatives that helped to stop losses from spiralling out of control. In fact, the company succeeded in lowering its total expenditure in 2020 to €26.6 million (-28.3 per cent), by bringing down salary costs thanks to the COVID Wage Supplement and to temporary salary reductions, and cutting operating expenses by 31.8 per cent.

“It was a tough time, but everyone banded together, and the results show the benefits of that,” Mr Borg says.

But while hopes remained high for a far-improved 2021, things didn’t begin well – with travel bans to ring in the new year and restrictions in place throughout the winter and well into spring. “We first saw light signs of recovery in May, when Government announced things would be opening up in June,” the CEO continues. “It was good news after a tough first four months when just 140,000 passengers travelled through the airport – the kind of numbers we would have expected in an average summer week pre-COVID-19!”

The start of summer saw numbers top up slowly and, pleasingly, Mr Borg says that August and September went on to exceed initial expectations. In fact, for the first time ever, September’s traffic exceeded August’s by 11,038 passengers – despite August being the month that traditionally marked Malta’s peak traveller intake.

“Thankfully, the summer gave us a much-needed boost,” continues the CEO. “It encouraged morale all round and reminded us what it feels like to have passengers streaming through our doors. It was important to have that period because, admittedly, I don’t think winter will be as easy as we would like it to be – although it won’t be as hard as 2020. That said, I believe airport closures and travel bans are now a thing of the past and we can look forward to veering closer to normal.”

Mr Borg still believes Malta has some work to do to make it easier for tourists to choose the destination and travel here, instead of some of our southern European competitors. “There are more restrictions to come here than other places,” he explains, highlighting that – at the time of printing – visitors could only travel to Malta if they were fully vaccinated.

“However, Government has now announced that it will be accepting recovery certificates and those who can prove they have had one vaccine, which is an important step. It would be good to see further restrictions reduced in the coming weeks, as that will help to stop us lagging behind other countries that are less constricting to incoming visitors.”

Shifting focus to the longer-term future, Mr Borg believes it will be a while until our peak 2019 numbers are back in play. “We think it will be 2023 or 2024 when Malta reaches pre-pandemic numbers,” he says. “Globally, it will definitely be 2024.”

He stresses that the ‘new normal’ will impact travelling for a long time, in the same way that the 9/11 terrorist attacks still do. “We will have to social distance and be far more wary of hygiene. But, in general, I think most people will be ready to travel by next summer, and keen to get back out there and explore the world. I travelled for the first time again recently and was reminded quite how wonderful it is. It felt like I was travelling for the first time! Yes, there are a few more forms to fill in and hoops to jump through but, as always with travel, the benefits far outweigh the negatives. I don’t think COVID-19 will stop people for much longer.”

Business travel, on the other hand, will likely be impacted further into the future – but not eradicated. “People are getting back into work mode in many ways and yes, Zoom calls have been critical, but they don’t replace human contact completely. People will still travel for work, but they will do it less – and not just because of the pandemic, but because sustainability is becoming a louder conversation too.”

On that note, the airport has placed its ongoing sustainable development front-and-centre for its future, as has the wider travel industry. Malta Airport has set a goal of 2050 to achieve carbon neutrality and a lot is being done in the run-up to that to expedite improvements, including investing in solar energy and switching to LED lights. “Airlines are making important modifications too, by cleaning up their fleets and reducing their CO2 emissons. As the general public becomes more discerning in this area, I think they will travel less but they will opt for quality over quantity, and I think that’s an opportunity for Malta. The island has some work to do in this respect, but I do envisage a very positive future.”

In fact, Mr Borg says this is the ideal time for Government to encourage private companies to invest in Malta’s touristic future. “There’s so much that can be done, although one of the challenges being faced by the sector now is the lack of human resources. We have to find ways to make working in this sector more appealing, and I believe financial incentives are going to be needed from Government. Hospitality is going to be a critical pillar in Malta’s recovery, but we need the education and support to ensure all stakeholders are on board with that, and that we have the staff to match. This is the ideal time for that investment in our product and our people to take place, to ensure we are ready for the next exciting phase in Malta’s hospitality journey.”

Now, as he reflects on 18 months of upheaval, Mr Borg is proud of what his team – and Malta as a whole – has achieved. “We kept going and we kept our eye on the prize,” he says. “Here at the airport, work never stopped. We kept moving on projects including Skyparks 2 and the new apron with 120,000 sqm of aircraft parking; we continued to work on upgrading our food court, relocating the fuel station, building the cargo village, and installing photovoltaic systems. It’s certainly setting us on the right path.”

“So, as summer shifts into winter, I am cautiously optimistic that the worst is behind us, and we can look forward to summer 2022. Our focus, as always, will be on our guest experience and making our passengers feel welcome. Our whole team is ready to deliver,” he adds.

This interview originally appeared in the Autumn edition of Business Now magazine.