The Microsoft founder says that, by comparison, ending the pandemic is “very, very easy”. 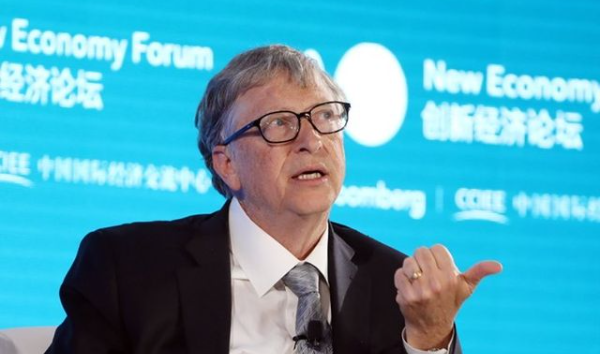 Bill Gates believes that if the world succeeded at solving climate change, it would be “the most amazing thing humanity has ever done”.

In a recent interview with BBC.com, the billionaire and philanthropist said the scale of the challenge to tackle climate change is immense, and there is no precedent for the kind of transition that humanity needs to make.

But the answer may be found in a global innovation effort that must start with governments as, currently, economic systems don’t charge for the real cost of using fossil fuels for day-to-day activities – such as driving a car or lighting up your home – and the damage these cause to the environment.

Put plainly, “Right now, you don’t see the pain you’re causing as you emit carbon dioxide,” said Gates. “We need to have price signals to tell the private sector that we want green products.”

This would require largescale government investments in R&D, and the necessary support to allow such a new market to grow competitively, he added.

In his latest book, How to Avoid a Climate Disaster, the Microsoft founder shares a guide to tackling global warming, explaining that, typically, the world emits 51 billion tonnes of greenhouse gases to the atmosphere each year. This needs to be brought down to net zero.

His focus is on using technology to get there, with the purpose of finding solutions to decarbonising all aspects of the world’s economy, including electricity, transport systems and the production of fertiliser, which currently don’t exist.

Read next: Yasmim Seadi – ‘The future can’t be predicted; it can only be imagined’