Money was raised during Pink October and Movember activities. 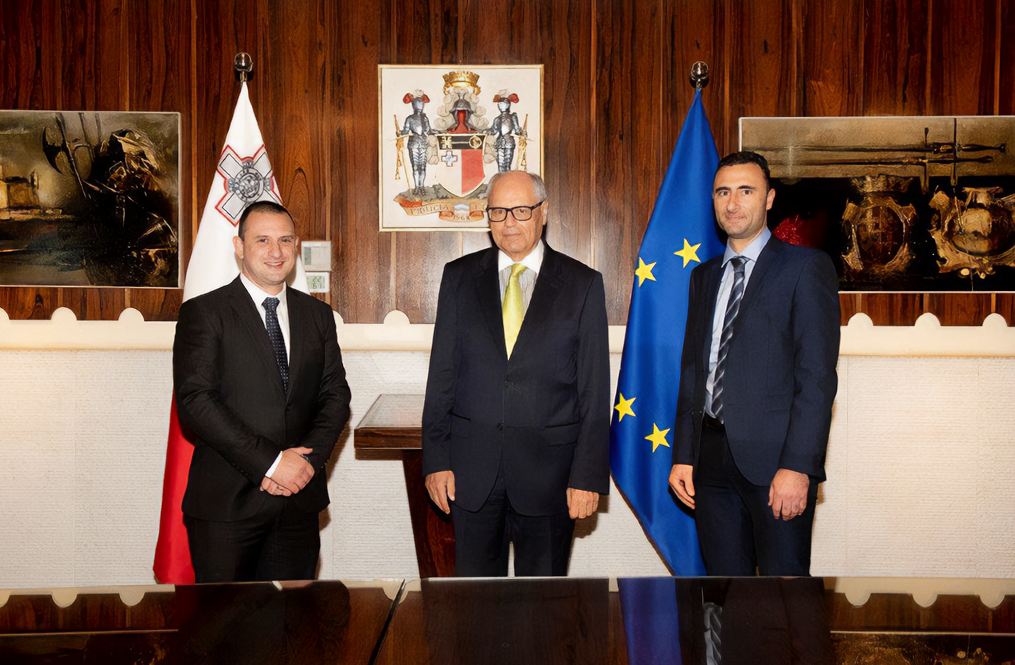 The Governor of the Central Bank of Malta, Prof. Edward Scicluna, has presented a donation to Hospice Malta, after the bank’s staff raised money during Pink October and Movember.

Prof. Scicluna presented the donation to Hospica Malta’s Chief Relations Officer, Andrew Zammit, during a ceremony at the Central Bank.

Mr Zammit acknowledged the generous contribution of the Bank’s staff and encouraged such initiatives and activities organised by the Bank’s corporate social responsibility programme.

The Bank’s activities to raise awareness and funding for cancer prevention, research and education included a lecture on ‘Palliative Care – the role of Hospice in Malta’, delivered by Zammit himself to Bank staff during the mid-day break.

Other activities included No Shave November – better known as Movember – consisting of a month-long campaign, wherein all male employees were invited to grow their moustache and/or beard till the end of November.

The Bank regularly reaches out to various NGOs in need of support.