CEOs of major US airlines band together to tackle aviation pollution

The airline chiefs shared their commitment to tackling the climate crisis in a meeting with the White House. 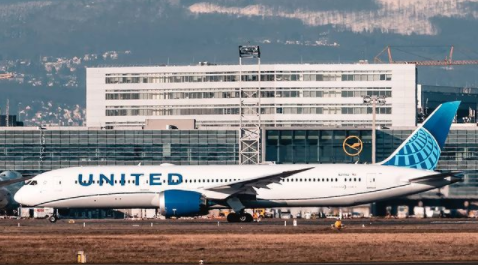 CEO of American airline United, Scott Kirby, said that the airline is committed to tackling aviation pollution in the US and called on Government to support “incentives for sustainable aviation fuel and carbon capture in the forthcoming economic stimulus proposal.”

The airline chiefs held a virtual meeting with top White House officials last week in a bid to seriously address the climate crisis, including National Climate Advisor Gina McCarthy, economic adviser Brian Deese, and Transportation Secretary Pete Buttigieg, who discussed the use of biofuels in air travel and the drive to reduce carbon emissions.

In a statement, the government officials said they were “optimistic to hear airline leaders share information about the industry’s ongoing and future efforts to address climate change.”

As reported by Reuters, industry trade group, Airlines for America, said that currently, the price of sustainable aviation fuel can be up to four times higher than conventional jet fuel, making it an unfeasible choice for airlines without the adequate support from government.

The trade group CEO, Nick Calio, commented that airlines had “a positive, constructive conversation about our shared commitment to fighting climate change. Airlines are ready, willing and able partners.”

Read next: ‘We’ve seen a paradigm shift in how people are searching for travel’ – Airbnb CEO