Yan Grima has been appointed General Manager and Director, while Sarah Wismayer will replace Lawrence Gatt as Director. 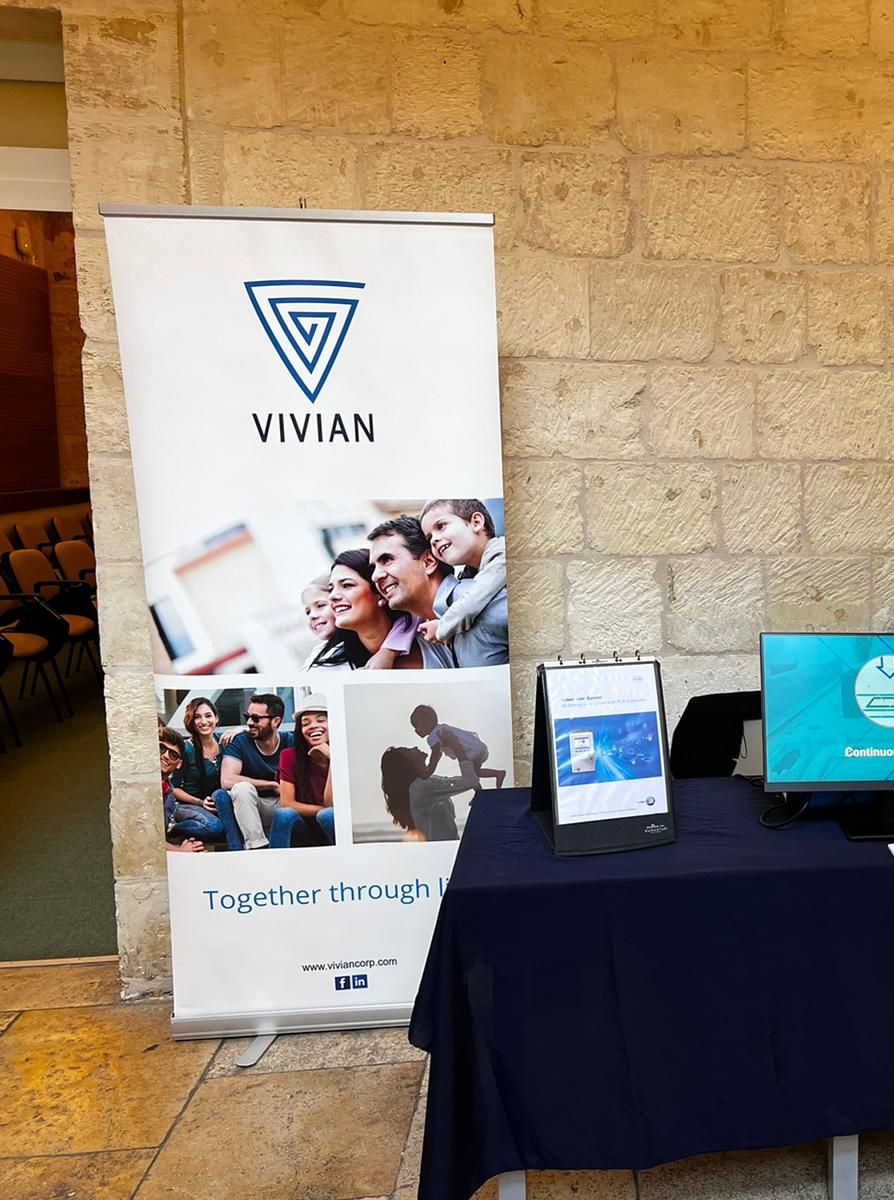 Vivian Corporation has announced the appointment of Denise Borg Manche as the company’s new Managing Director.

The Shareholders, Board of Directors, and all employees at Vivian thanked the outgoing Managing Director, Joanna Gatt for her years of leadership, dedication, and service to the company. Ms Gatt took over the helm in 2017 as the first woman Managing Director, taking Vivian to the realisation of its vision as a specialised healthcare company.

She will still retain an active role within the company, consulting in key areas such as Public Affairs and Market Access, Regulatory & Quality Affairs and ESG. She is also a member of the Vivian Executive Committee.

Ms Gatt passed on the baton to Denise Borg Manche, who is the new Managing Director. The latter brings a total of 20 years of experience in the healthcare sector and has held important managerial roles within the company namely Healthcare Marketing Manager, and since 2009 she has managed Vivian`s Tender Business Unit.

Her expertise and dedication led to many corporate achievements for Vivian, especially within the public sector. Ms Borg Manche`s appointment will see Vivian moving into its third generation as a family-run business, in the year in which the company is celebrating its 70th anniversary. She is also Chair of the Vivian Executive Committee.

“20 years ago I walked into Vivian our family business as a young woman with no experience but with a passion to learn, grow and maintain the family values and work ethics. This month I walk into the office as the new Managing Director,” Ms Borg Manche stated while thanking Ms Gatt and describing her as her “mentor.”

A pharmacist and marketer by profession, Mr Grima joined Vivian in June 2008 as a product specialist with Roche Diagnostics and Pfizer Consumer Healthcare and moved on to head the Marketing unit from 2015. One of his key roles will be business development for Vivian. He is also vice-Chair of the Vivian Executive Committee.

Speaking of this appointment, Mr Grima stated that “17 years ago, this special company believed in me and supported me with my pharmacy project when I was still a second-year Pharmacy student at the University of Malta. The rest is history.”

As he moves into retirement, the company thanks Mr Gatt for his many years of service as director and also previously as the Managing Director. He will be replaced as director by Ms Wismayer.

She is considered a key member of Vivian`s operations team and is heavily involved in Vivian`s relocation to the new environmentally friendly Vivian hub in Marsa, which is expected to take place in Q1-2023. Ms Wismayer has been working with the company for 30 years, starting off within the accounts department, and before her pivotal role in Operations she worked in the field of retail. Ms Wismayer is the Secretary of Vivian’s Executive Committee.

The three appointments are part of Vivian`s succession plans, professional development, and strategy to develop a young and vibrant leadership team as the company embarks on its 2030 mission.

Vivian Corporation was founded in 1952 and is one of Malta’s leading distribution and marketing companies for healthcare.

“We have now been trusted in building and shaping Vivian’s future,” Mr Grima concluded in his statement.

Read next: ‘Stress is not what happens to us; it’s our response to what happens’ – Here’s how to relieve stress at work