Dispelling the myths and misconceptions around ‘work stress’

The realities of how stress impacts us are far more complex than the simplistic ways we are made to believe. 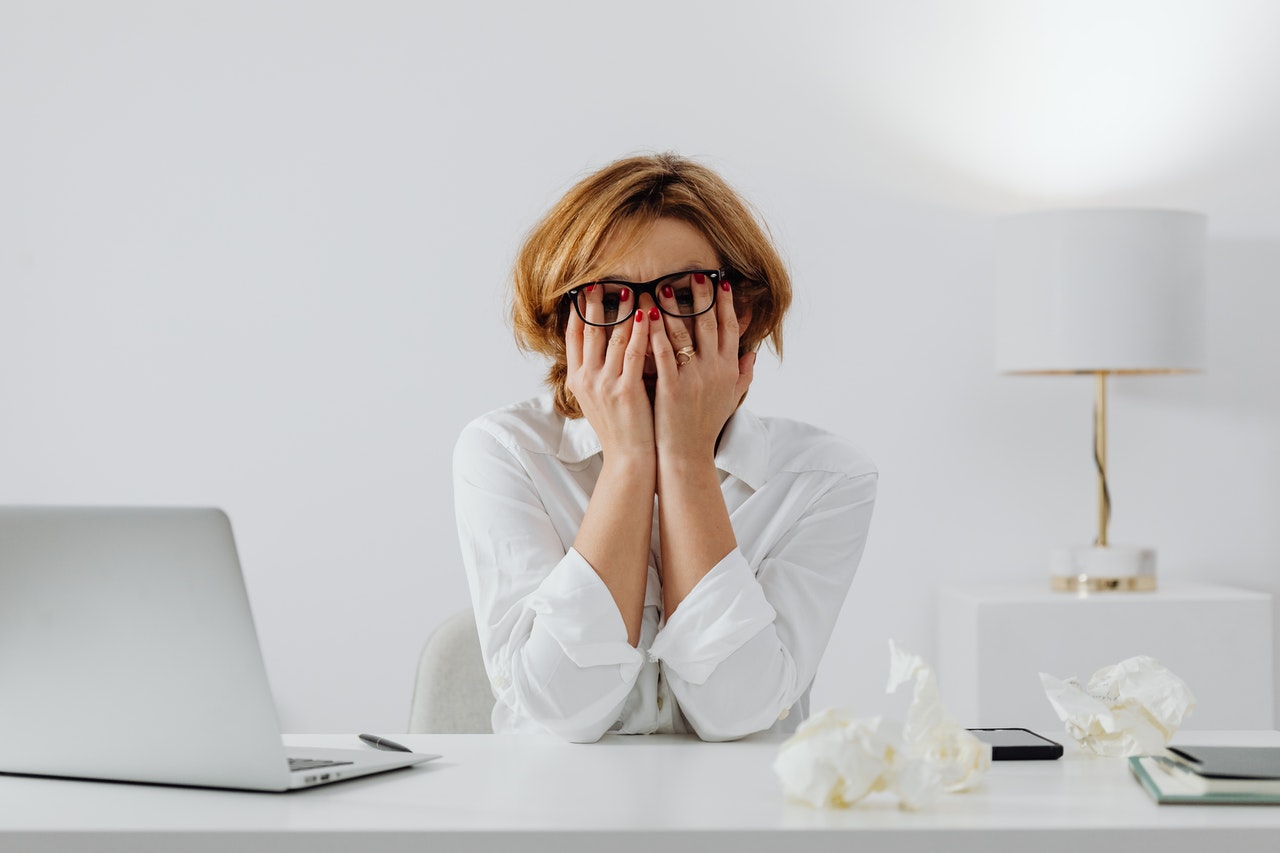 You often get article titles reading something like: ‘Drop Dead: Stress is the silent killer of top-performing CEOs; Here’s how to deal with it’ or ‘When executives burn out’.

While much of what is written is technically true, very often, things look more seriously grave than they actually are. We imagine work stress as an invisible microbe that slowly infects our body and mind, until one day it hits us hard, knocking us dead!

The fact is that work stress is real; but also that many people have a confused, often exaggerated, view of the phenomenon. Here, I’d like to highlight some of these inconsistencies by demystifying and deconstructing the term ‘work stress’. In this way, one can get a more scientific understanding of what we are really talking about, and thus help to separate the wheat from the chaff: the myths from the facts.

Although the term is hardly new to modern-day vocabulary, one cannot but acknowledge that over the last 40 years or so, it has gained relevance and significance in our everyday life. According to some authors, stress has attained the function of a cultural symbol, particularly in the west, whereas others argue that the experience of ‘feeling stressed’ has been shaped and conditioned by the typical dominant discourse of metropolitan life.

Indeed, in the digitally-dominated era we live and work in – where the pace of work is increasingly becoming faster, and people are working longer hours; where we are bombarded with millions of bits of information within a very short time span; and where technology seems to have hastened our daily activities rather than made them easier – people are naturally more vulnerable to health and well-being risks. They are also more naturally prone to speak about stress. Indeed, stress is often considered a main culprit and a principal instigator of our hectic lives and lifestyles!

Statements like ‘I’m so stressed’ and ‘stress is killing me’ are common discourse amongst many people of all ages, gender, socio-economic strata and backgrounds. If not throughout all the world, this is inarguably so in western societies. Stress has been  referred to  as ‘the disease of the 21st century’ and ‘the killer of modern society’. It has become a prominent topic in popular, academic and political spheres.

The World Wide Web has over four million websites dedicated to ‘stress’, its deficiencies and ailments, portraying it as a plague swarming across the employment force and choosing its victims silently but mercilessly. The media have also had a field day by spinning the word and its consequences around, causing unnecessary alarm much of the time. One therefore needs to tag such claims with a reality-factor based on evidence rather than mere speculation or media sensationalism.

Not all stress is stressful and here’s why:

First, stress is associated with demands (akin to pressures) and refers to the perceptions and beliefs of having too much to do, too much to think about, too many things to get ready and sorted out in a short time, too many deadlines and similar work events. Note that these do not per se generate the negative sensations of stress, but they may generate the onset of the stress process.

Second, when these demands (be they physical, psychological, social, etc) exceed the threshold of a person’s coping capabilities, they may then become alarming and worrying.

Thirdly, because persons are different from each other, this coping threshold varies from person to person. With some, the least of demands can cause stress, whereas others have a higher threshold.

Lastly, these demands have two qualifiers attached to them: persistence and intensity. Having a very tight deadline from time to time may be colloquially described as ‘stressful’ but it can hardly be expected to have any enduring negative effects in the long run.  However, being bullied on a day-by-day basis, or having to endure injustices over an extended period of time, or experiencing a situation where lack of resources become a norm are instances of events taking a wrong turn and thus can be described as work stress.

Moreover, being pestered and/or provoked by a colleague presents a challenge and puts pressure on you. If you are the kind of person who can take on such challenges, then that may be very well, but for many others that instance may be enough to set into motion a series of processes, and over time, may make it very difficult (if not impossible) for one to cope appropriately.

Therefore, fact number one is that work stress emerges when the culminating effect is multiplicative, such that perceived demands challenge our ability to cope and recur over a long period of time. Hence:

Work stress is proportional to an event’s persistence and intensity

Fact 2: What stress is NOT

A more precise and scientific meaning should help us deconstruct the phenomenon into its components, thereby making it easier to understand, and above all manage effectively.

So, in a nutshell:

1. Stress is not a disease.  There are no specific criteria for diagnosing stress and it is not classified as a disease. Moreover, there are no configurations of symptoms that can be labeled as ‘stress’ or ‘stress syndrome’.

2. Stress is not a unique or specific physical and/or physiological state. This means there is no absolute or single physiological measure that can claim to indicate that a person does or does not have stress. Nor are there combinations or patterns of physiological indicators that necessarily mean that a person is suffering from stress. For instance, having high blood pressure or feeling nauseous are not in themselves necessarily synonymous with, or a reflection of, stress.

3. Stress is not a specific psychological state of mind and behaviour. In other words, just feeling anxious, jittery or worried is not equivalent to having stress; nor is a set or a combination of psychological states indicative of stress.

Likewise, such ‘relationships’ are overly-interpreted. Let us look at some examples:

Stress and absence: Research in this area finds that the data relating stress with absence at work is fairly murky. The basic weakness in most investigations is in specifying why absences are likely, effective, or a typical response to stress; which they don’t! Experts in the field argue that studies of work stress and absence do little to enhance our general understanding of absence, either because they fail to rigorously probe the possible adjustive aspects of absence or because they fail to consider when absence might be preferred reaction to stress over other responses.

Stress and illness in general: There is convincing evidence that stress contributing to the patho-physiology of human disease is sparse, and, even where evidence exists, relatively small proportions of variance are explained! Indeed, close inspection of the research investigating specific work-related factors fails to produce a satisfying picture of how, or even whether, certain work experiences lead to physical and mental disorders.

Stress and infectious disease: Research clearly indicates that any of this association is more than suggestive. Science indicates that it is in fact overly simplistic to speak of immune enhancement or immune suppression in global terms because the term ‘stress’ encompasses a vast number of differentiated emotional states which produce different physiological effects and therefore ought to have differing immunological consequences, which they don’t.

Scholars and researchers in the field provide four reasons why these views caution us against ‘obvious’ deductions about the relationship between work stress and outcomes. These reasons should caution us to avoid alarming ourselves and place the phenomenon into the right perspective, both in terms of how we conceptualise work stress and the interventions we may wish to push ahead.

First, these views state that there is absence of constant evidence rather than no relationship. This entails that the phenomenon operates in a more complex manner than one generally thinks and reads about in the popular press; second, these views indicate that there is still explanatory weaknesses about the stress mechanics and the stress process, and this may give rise to confusion and ambivalent findings amongst lay people; third, these views seem to highlight the fact that the link between stress and specific outcomes is sometimes inflated, which it is; and fourth, these views indicate the opinions of experts in their respective fields (e.g. illness, mental health) who, unlike more general stress specialists, realise that the predictors of these outcomes are in fact multiple factors, one of which, albeit a minor one, is work stress.

Work stress remains a reality in our working lives and will not cease to exist; however, the realities of how stress impacts us are far more complex than the simplistic ways we are made to believe. The good news is that ultimately the human body is immensely resilient and has inner corrective mechanisms that help us cope and overcome the negative effects of work stress.