Capt. Maniscalco joined the airline in 1979 as a trainee clerk, a few years after Air Malta was first established, and was appointed Chief Pilot in August 2018. 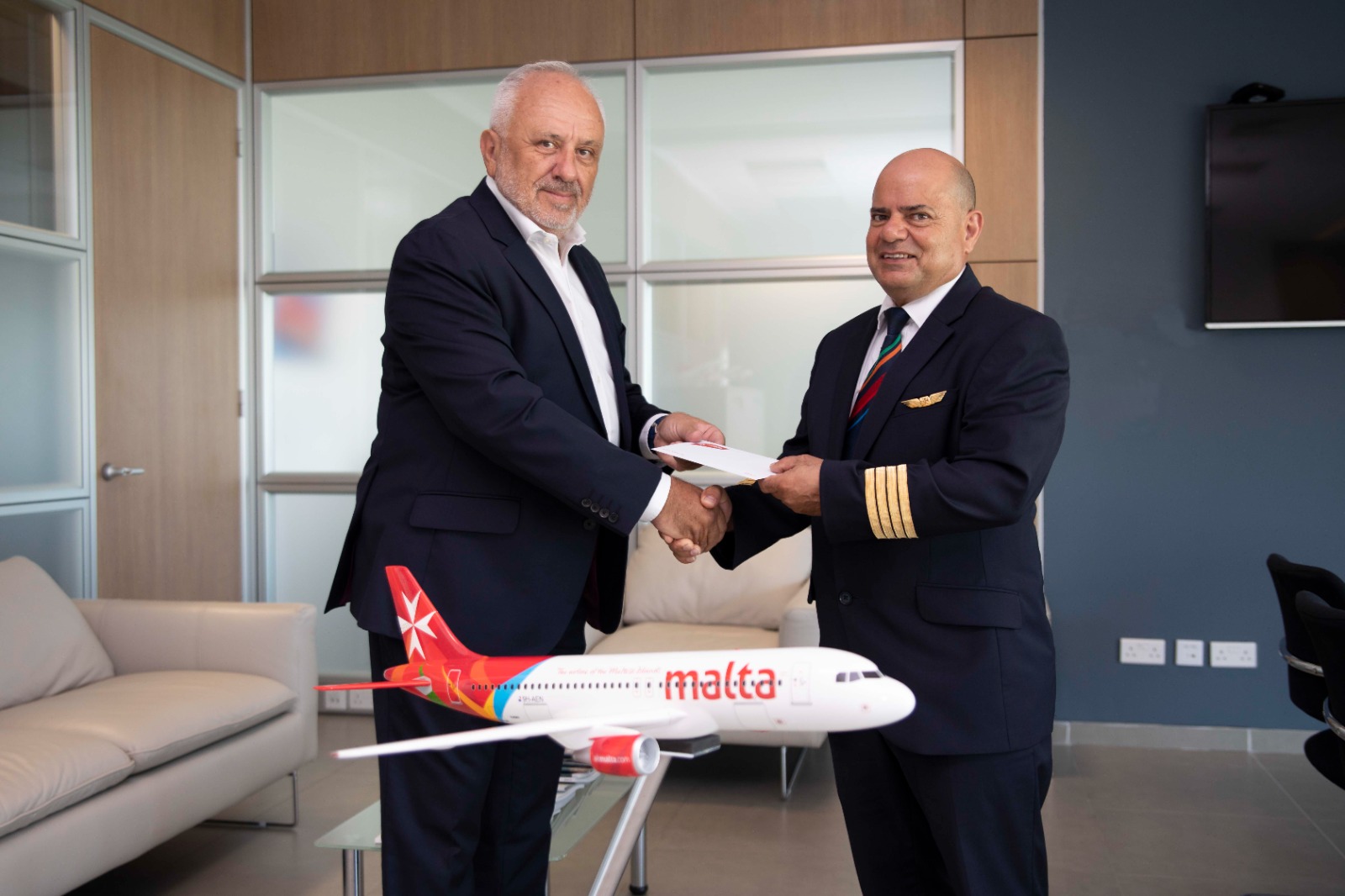 After a flying career spanning four decades and 21,600 flying hours, Air Malta’s Chief Pilot Capt. Joe Maniscalco has retired. He was responsible for the airline’s flight crew, policy and procedure manuals, and the day to day running of the airline’s flight operations support.

After operating his last flight, Capt. Maniscalco was greeted by Air Malta’s Executive Chairman David G. Curmi who congratulated him on his career.

Whilst thanking him for his loyalty and service to the airline Mr Curmi said, “Capt. Maniscalco joined the airline as a trainee clerk, a few years after Air Malta was first established. He climbed the ladder to eventually lead our flight crew. On behalf of Air Malta and its staff, I thank Capt. Joe Maniscalco for his contribution, loyalty, leadership, and passion for the airline and wish him a happy well-earned retirement.”

Capt. Maniscalco commented, “a pilot’s job is rewarding but challenging at the same time. We go through a lot of training and proficiency checks and put safety as the top priority. Each flight is unique, with its changing weather conditions, airport, aircraft, crew, and passengers.

“Throughout my flying career, it always felt good to have a great Air Malta team onboard and this is all thanks to our professional crew. I look back at all these years and find many happy memories that I will treasure. I wish to also thank the management and staff at Head Office for their assistance during my term as Chief Pilot. It has been a pleasure to work at Air Malta and to see happy customers satisfied with their flight,” added Capt. Maniscalco.

Capt. Maniscalco joined Air Malta in November 1979 as a trainee clerk. Seven years later, an internal opportunity arose for employees to obtain a commercial pilot’s licence. He was selected and started his training in Perth, Scotland. His flight training continued and was type rated on the Boeing 737-200. Two years later, in July 1990, he also obtained type rating on the Airbus A320 in Toulouse, France. At that time Air Malta was one of the first airlines to start using this fly-by-wire modern aircraft. A key milestone in his career was when he commanded his first flight in June 1995. He was appointed Chief Pilot in August 2018.