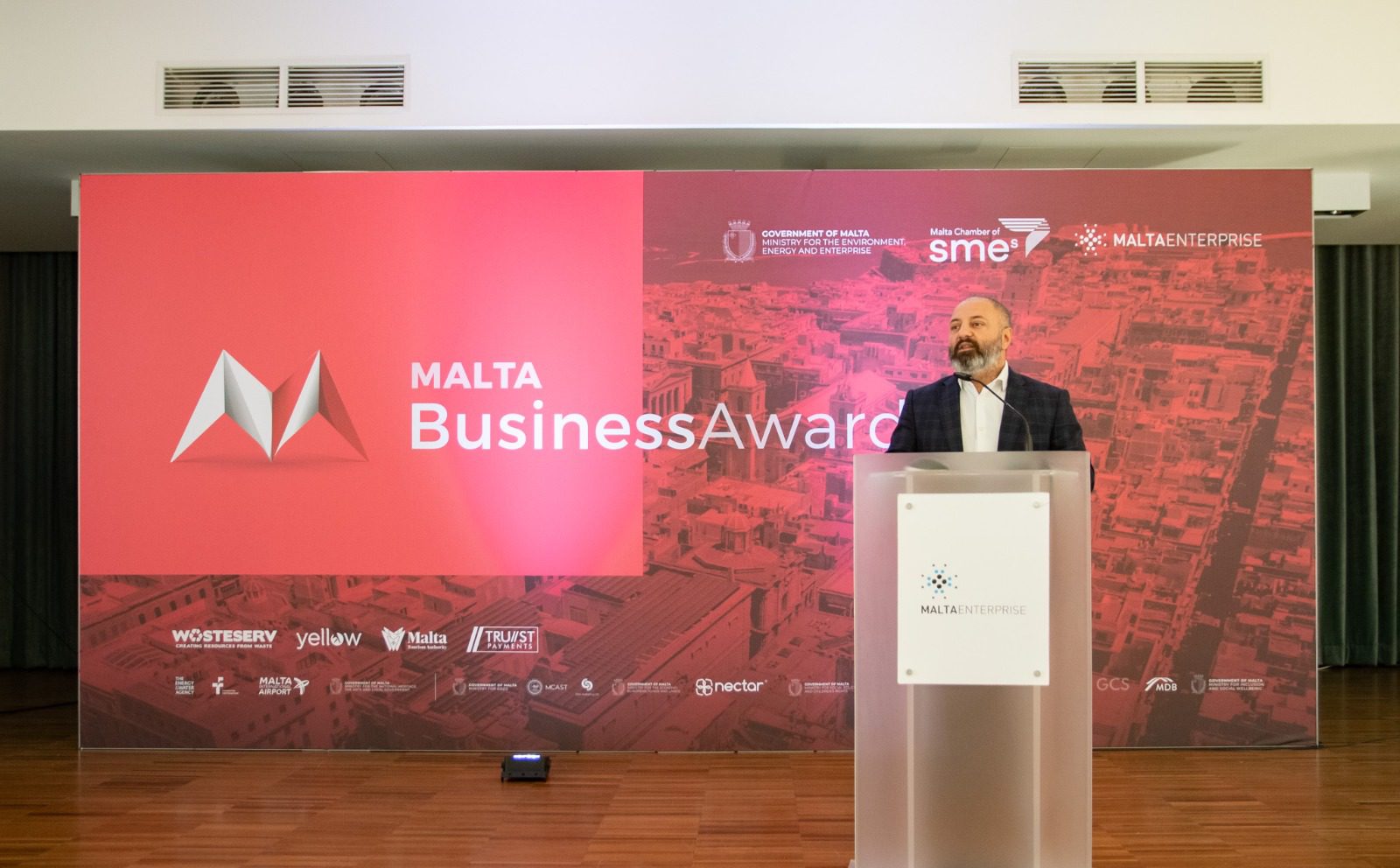 The first edition of the Malta Business Awards, organised through a collaboration between Malta Enterprise and the Chamber for SMEs, is set to be held on 28th October at Valletta’s Mediterranean Conference Centre (MCC).

“We hope that the winners of the awards will serve as role models for other enterprises, inspiring them to improve their processes,” Malta Enterprise CEO Kurt Farrugia said.

“Malta Enterprise actively assists enterprises through a variety of schemes aiming to improve the standards and the quality of services offered. Some of these schemes are the Smart and Sustainable Investment Great, Invest, Research & Development, and Innovate,” he added.

The awards given out during the ceremony will be divided into four categories: the social impact of enterprises, green initiatives, Best in Business and innovation, and digitalisation. In total, more than 20 awards are set to be given out.

Malta Chamber of SMEs President Paul Abela stated that it is an honour that the organisation, with a legacy of over 70 years, organised these prestigious awards together with Malta Enterprise as well as with the help of other entities.

He stated that these awards have created a platform for recognition which will inspire others through the good initiatives being taken by local businesses.

Businesses can submit their application themselves or be nominated by third parties. Applications are open until 25th September on www.maltabusinessawards.mt.