Ever since he joined the iGaming firm over 15 years ago, he has served in a variety of roles. 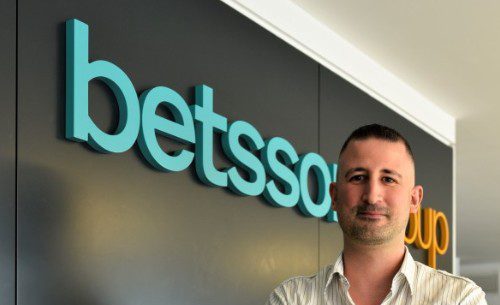 Matthew Natoli on Monday announced that he has been promoted to B2B Partnership Director at Ta’ Xbiex-based Betsson Group, which for a long time has been his “second home”.

“I want to thank everyone who has been part of my professional journey so far,” he said.

“The experience gathered from every situation and every person has led me up to this role,” Mr Natoli added.

He is a long-standing employee in the company, having first joined in 2007 as a Live Trader. Throughout the years, he has enjoyed a series of promotions that have seen him take on various roles, including Live Betting Team Leader, Head of Sportsbook – B2B, Head of Key Account Management, and most recently B2B Partnership Director, among others.

Prior to his time at the Betsson Group, he worked as a Live Trader at iGaming firm Interwetten for more than two years.

Mr Natoli holds a Bachelor of Science in IT from University of London, and has an extensive knowledge of the iGaming industry, particularly with regards to sportsbook and poker.

Betsson Group, which is celebrating its 60th anniversary this year, has grown over the years to become one of the leading names within the industry. While its headquarters are based in Stockholm, Sweden, its operational headquarters are located in Ta’ Xbiex.

Read next: ‘Making your employees fear you is not how you keep order’ – Genieve Grech