Amongst other things, the proposals included plans for a Rapid Bus Transport System. 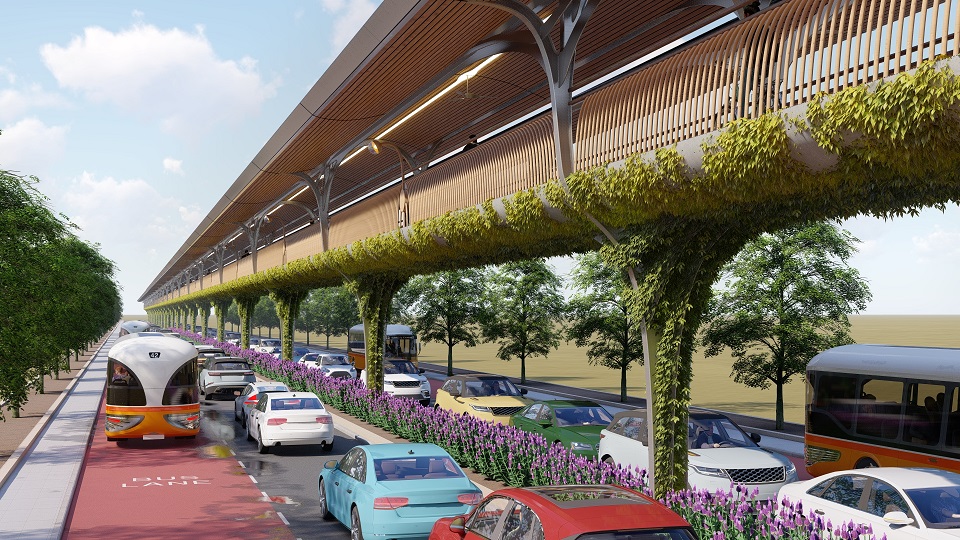 In a presentation titled ‘Designing Humanity out of a Climate Crisis’, Mizzi Studio Founder-Director Jonathan Mizzi unveiled a set of strategies to make Malta eco-driven and future facing.

The presentation took place at a TEDx event held earlier this month at the University of Malta.

The Founder-Director unveiled his ideas for how Malta can start to develop its built and natural environment differently – both infrastructurally and emotionally – in a bid to address the planet’s forecast climate eventuality.

“What we do between 2020 and 2030 will determine the future of our species. As humans, we need to evolve from a mindset of knowing to one of true understanding, embracing hope and driving action,” Mr Mizzi said.

The Mizzi Studio Founder identified the following five key elements which are needed to tackle the crisis: cutting emissions, drawing down emissions, addressing overpopulation, adopting a circular economy, and adapting and upgrading our infrastructure to be more resilient.

Mr Mizzi went on to present his four-part infrastructural proposal that aims to design Malta out of the current environmental crisis.

“The climate crisis is not an unheard-of phenomenon; however, it is no longer enough for us to simply know about the detrimental effects of climate change,” Mr Mizzi noted.

“It is time for us to fully understand that we no longer have the option to wait. Over-consumption and over-development have led us to where we are today, both locally and globally, and it is time for us to take immediate action. We can and we must design humanity out of a climate crisis for our children and all life on earth,” he concluded.

Read next: ‘My appointment at BeyondPlay is the culmination of many important milestones’ – COO