“If you want to dedicate your life to innovating and impacting society through start-ups, tell yourself that it’s not a lottery.” 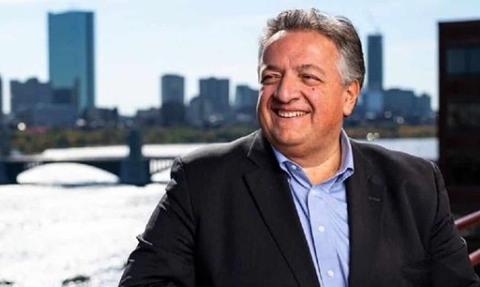 Noubar Afeyan, Co-Founder and Chairman of pharmaceutical giant Moderna and Founder and CEO of Flagship Pioneering, has offered a glimpse into how his company was among the first to come up with an effective COVID-19 vaccine in record time.

For Afeyan, no idea is too big, far-fetched or bad. Speaking at an event at McGill University in Canada, from which he graduated in engineering, he said “If you want to dedicate your life to innovating and impacting society through start-ups, tell yourself that it’s not a lottery.”

As reported by Forbes.com, the CEO explained that the scientific field has become convinced that great ideas are extremely rare, “and that your job is to once in a while have a great idea. That is a lottery mentality. This is serious business – you take other people’s money, other people’s careers, and you direct them to something good. That’s not a lottery.”

He believes that there are greater benefits in having multiple ideas, and the best will be determined by a kind of ‘natural selection’.

“Breakthroughs are not made by people, they emerge,” he said. “The people who are there when they emerge claim them for themselves. Our role as humans who want to enable breakthroughs is to create the right starting points, which is where hypotheses come from.”

The visionary leader encourages experimenting with off-the-beaten-track ideas, saying often, these help to lead to the ultimate destination.

“I believe that many extraordinary inventions and findings derive from initially unreasonable ugly ducklings,” said Afeyan. “If you kill off every ugly idea because a key opinion leader or due diligence told you it’s a bad idea, you will kill off most of the extraordinary things you would have ever worked on and you’ll end up chasing a crowded space of utterly reasonable, incremental steps again.”

This kind of thinking is what placed Moderna among the top crop of pharmaceutical companies to develop its successful mRNA vaccine. The company started experimenting with messenger RNA in 2010, putting them in a strong positioning to use the technology for an unforeseen pandemic 10 years later.

Read next: CEO confidence in US economic outlook surges amid COVID-19 vaccine rollout