In November 2019, Christina and Jean Paul opened the doors to their ReRoot store in Iklin. 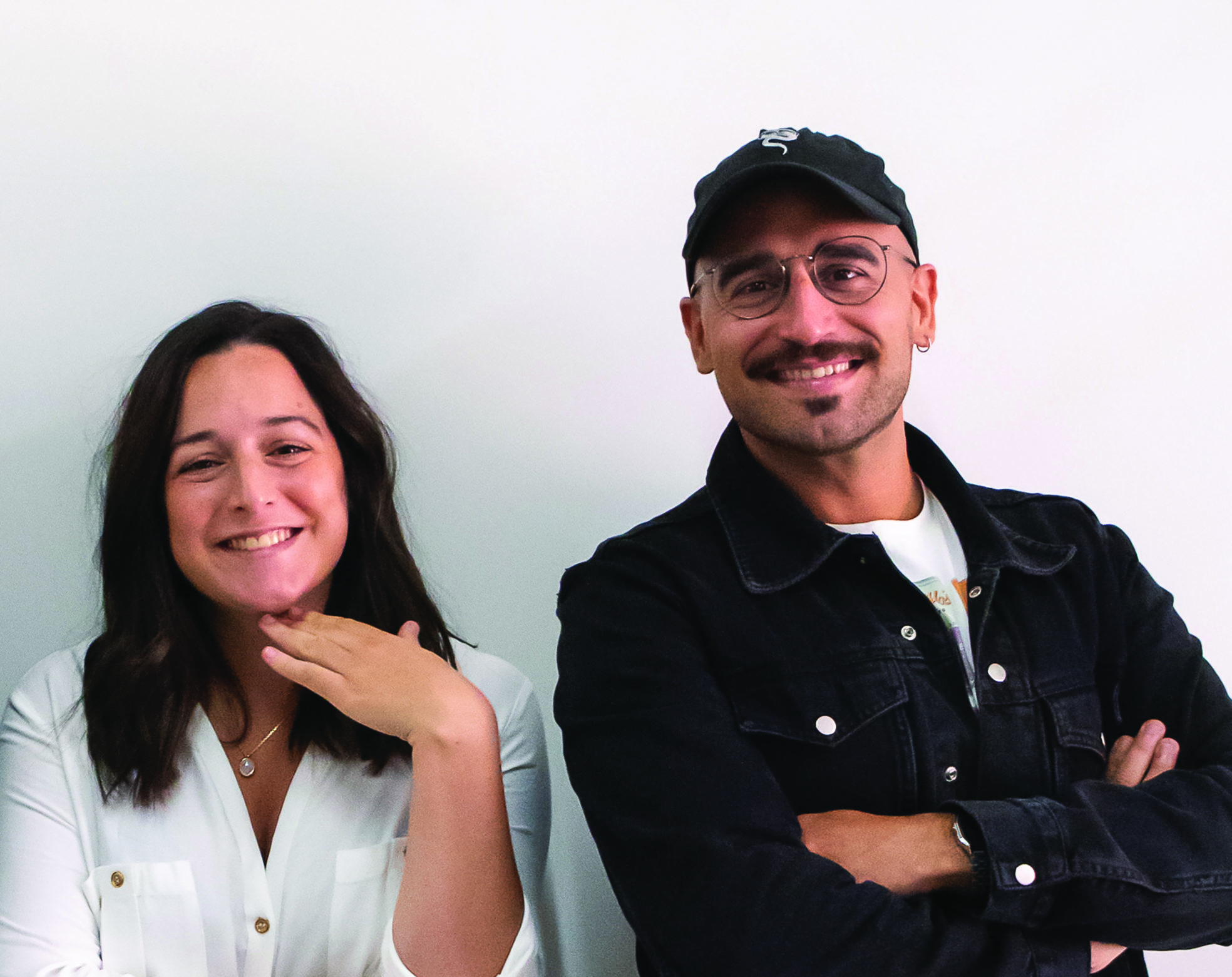 A few weeks ago, leaders from across the globe descended on Glasgow in Scotland in what some claimed to be a last-ditch attempt to save the planet. The mood was not light, with the talks instigating criticism that not enough was being done to save our home, our planet, which has been assaulted by human activity, particularly post-World War II. Without a doubt, the climate crisis is – and will continue to be – a defining challenge of our times, and, amidst the frenzied discussions, many of us are asking ourselves: what can we do?

This is the question siblings Christina Micallef and her younger brother Jean Paul Farrugia, the co-founders and owners of ReRoot – a store selling eco-friendly essential products, such as shampoo, bath gel and dental consumables – asked themselves while on holiday in South East Asia three years ago.

“We had met to go on holiday as a family to Thailand and Cambodia – at the time I was living in Switzerland, working as a biochemical engineer, and Christina was living in London where she was already working on setting up LOR, an eco-hair and skin care brand,” Jean Paul recalls. “I don’t want to sound like a cliché, but we did notice a lot of plastic waste while we were on this trip together, and since we possess a common passion for the environment, we started to talk about what we could do.”

At that point, the pair were already conscientious consumers, opting to purchase from zero-waste shops in their host countries, and Christina’s efforts in setting up LOR proved to be an inspiration. “We started to discuss how we could replicate opening a sustainability and zero-waste business in Malta,” Christina says.

“I had been doing some research on plastic-free, palm-oil free and natural products – such as handwash, body wash and shampoo – which would reduce waste in the bathroom, using glass bottles, while also not containing any harmful chemicals. I opened LOR in May 2019, and following that launch, Jean Paul and I started to actively look into setting up shop in Malta,” she continues. Jean Paul adds, “we read the news, saw what was going on, in terms of climate change – forest fires, and flooding, for instance – and we got a sense that people were ready to make some small changes in their everyday life to contribute to sustainability,” he says.

It was not easy, however, to adapt the concept to these shores. “From the start we wanted to set up a brick-and-mortar shop – we were coming in from London and Switzerland, where there is the concept of a high street, but, here in Malta, our location very much depended on what we could afford and what was fruitful from a foot traffic point of view,” Jean Paul states.

Christina’s husband, Paul Micallef, came on board to help guide the entrepreneurs, providing solid advice from the financial set-up of the company, to strategy. “My husband helped keep us grounded,” Christina smiles, as Jean Paul agrees. “Paul has been invaluable, particularly in those early days when we used to organise brainstorming sessions together, discussing what we wanted to do with the business, and helping us determine the way forward,” Jean Paul says.

These sessions allowed the siblings to determine who was going to be responsible for what, and this clarity has stood them in good stead. “We carved out quite specific roles from the beginning,” Christina explains. “I do most of the procurement, sourcing the right products according to our aims, while Jean Paul is customer-facing, managing the marketing, the campaigns, as well as the store itself. We make sure we don’t step on each other’s toes – at the end of the day, we cannot each be involved in every aspect and we also need to respect and trust each other so we can see the business become a success.”

Indeed, this approach has been productive from those early days, as Christina and Jean Paul sowed the seeds for the store opening. “It was a steep learning curve,” Christina attests. “We had to research the supply chain of our products; find out how they come packaged, even from a delivery standpoint. It was challenging: choosing the right products, organising the importations on time, and, together, making sure we were stocked properly.” In the meantime, Jean Paul also focused attention on “getting the word out, from a marketing point of view,” he says. “Instagram and Facebook were our main platforms, allowing us to communicate with our target clientele.”

The hard work and preparation paid off and, in November 2019, Christina and Jean Paul opened the doors to their ReRoot store in Iklin – just three months before the COVID-19 pandemic threw them a curve ball, shuttering shops across the world.

“That definitely kept us on our toes,” Christina recalls. “It made us think quickly,” Jean Paul continues, adding that “given what we encountered shortly after we opened, it was impossible to be complacent, and we were able to shift to online swiftly: we got the website sorted, and we started to organise deliveries. Our idea of the business changed overnight, yet, it was probably easier for us than for well-established businesses, since we had just launched and could be agile,” he asserts.

The team’s mettle and dedication were tested and Christina – who had moved down to Malta during COVID-19 – was also pitching in with deliveries, despite being visibly pregnant. “We didn’t yet have a courier service, so we both had to do it. It was actually quite funny looking back: my mother would also help us, and I would emerge from the car, pregnant,” Christina laughs. Unfortunately, plans to organise events at the store had to be shelved – with plans to restart soon – but, as Jean Paul stresses, it was “all about adapting in the best way we could.”

Today, the store is open once again – “Monday to Saturday,” Jean Paul says, “it’s literally part of my body, soul and mind,” he smiles – and it is clear that this is not only a steady enterprise, but also a passion project for the pair. “The business is our commitment to creating a sustainable future,” Christina says. “It’s demanding, it can be exhausting but it’s rewarding: we’re doing it for ourselves but also because we want to see positive change here in Malta.”

And their commitment to quality has seen customers come back to the store – both the online and brick-and mortar outlets – time and again. “These are products we both use,” Christina underlines. “I tend to try them myself, so these are products we like, we’ve researched, and which we’ve tested. We also have our own ReRoot line – selling toothbrushes, cotton buds, and sponges, for example – which are also in line with our sustainability values,” she says.

These values are at the core of what the pair do, and this seems to reflect changes in the wider community. Indeed, the co-founders have seen a shift in consumer behaviour since they’ve opened. “it’s exciting to see and understand what is motivating people to come into the store in the first place,” Jean Paul attests. “We’ve seen a lot of recognition from customers, as well as other businesses we collaborate with, who are driven to encourage more sustainable behaviour, in terms of having a more transparent supply chain, and cleaner products. I think COVID-19 has also hit a chord in this respect,” he adds.

Looking ahead, ReRoot aims to also “act as a platform for local artisans who want to push their products from our store,” Jean Paul explains. To this end, they are working with local suppliers – many of them “in similar situations to us: family working together, advocating an environmental message”, Christina says – in order to team up with like-minded innovators intent on collaborating towards such values in Malta.

“It’s a real community coming together,” Christina continues, with Jean Paul adding that this extends even to the customers walking through ReRoot’s doors. “You see it when they come into the shop,” he says. “There’s a sense that people know each other, they have the same morals and ethics, as well as ideas of what they want to purchase and how they want to do so. So, this is also about building towards something which is bigger than ourselves,” he says.

And from a business point of view, what advice would the co-founders have for anyone thinking of quitting their nine-to-five to open their own passion project? “If you’re thinking of doing it, just go for it. Don’t overthink. Have a three[1]to-six-month plan and take it from there, and be prepared to be flexible in your approach,” Christina advises. Jean Paul agrees: “you can be much more independent in your decision-making when you own your own business; it’s exciting, super fun and you have to have the mentality to take risks and just go for it,” he says.

He does sound a note of caution, however: “I tend to go 150 per cent into something, including this, and it takes over my life – in a good way. But I would say that you need to not let it consume you. It will never end, with the emails and phone calls – sometimes we get orders at 2am or 3am – but it’s essential to carve out some time for yourself, get away a little bit, since it can take a toll on the creative side of things,” he says.

Yet, it doesn’t look like Christina and Jean Paul have any plans to take a break soon. “We have plenty of ideas for the future,” Christina says. “We’re at the state where we’ve figured out just how important flexibility is, so we’re keeping tabs on the business environment we’re in and reacting to it. We’re going to continue strengthening our e-commerce end, and also look into organising pop-ups, and more collaborations with local start-ups and businesses. We also want to continue working with businesses in Malta to support their sustainable journeys, and advise them on how they can improve operations, from an eco-standpoint, and minimise their carbon footprint,” she asserts.

“We intend to have a louder voice,” Jean Paul smiles, continuing. “We intend on participating in more social endeavours – for example, we’re collaborating with NGOs such as Walk and Talk, which organise walks during which people can come together and talk about their mental health issues, and we’re also taking part in clean-ups,” he says, concluding on a hopeful note: “The community is growing, and we’re coming together with the same goals and missions.”

Read next: ‘We reached record-breaking recycling figures’ – WasteServ CEO on his best moment from 2021