As a young woman forming part of a male-dominated council, the CEO explains that for years, the Malta Chamber of SMEs had been led by older men. 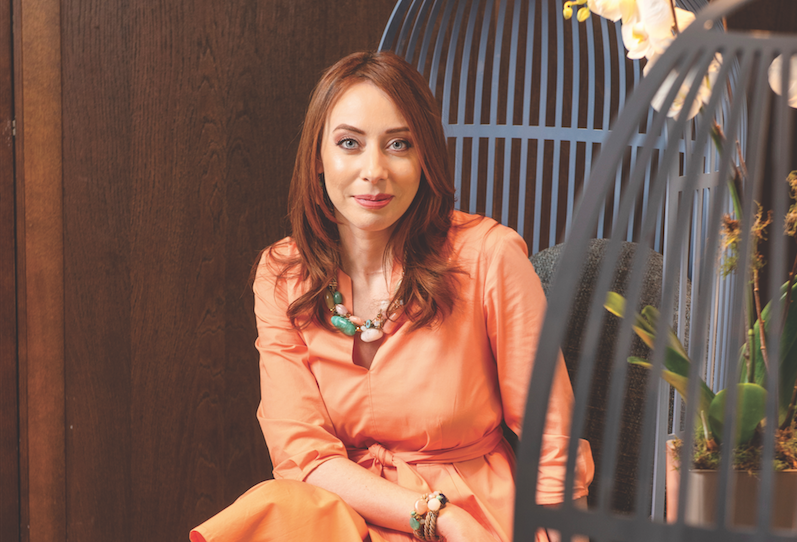 “Even though I was never in business myself, I feel that I always had a great affinity with business, especially smaller businesses,” says Abigail Mamo, who has served as CEO of Malta Chamber of SMEs since 2014. Having watched her father start his own business and face the challenges it brought along with it, she says, “I have great admiration for people like my father and businesses in general. Business representation is a true passion and vocation for me.”

For Ms Mamo, it was her undergraduate thesis that led her to the Malta Chamber of SMEs. “I sought to analyse a best practice in European legislation where the EU sought to think small first and cater its demand to fit into the capabilities of SMEs,” she says, explaining that the then-Director General, the late Vince Farrugia, was her tutor. “He believed in me and immediately offered me an opportunity to work at the SME Chamber,” she recalls.

Within the SME Chamber, she went from setting up an EU support desk for businesses to taking care of policy matters, until she was eventually appointed CEO. This, however, did not come without its challenges.

As a young woman forming part of a male-dominated council, Ms Mamo explains that for years, the organisation had been led by older men, and many had become accustomed to interacting with such a profile. “I was still in my late 20s and a female, but I would say that my age featured more of a concern than my gender. I do not feel I have suffered any kind of bias in relation to my gender and I believe this is very reflective of how mindsets in society have already changed,” she attests.

Having said that, Ms Mamo is adamant that she has never let her gender stop her from achieving and fulfilling her role. “During the seven years I have served as CEO I had two girls,” she explains, noting that she makes sure to organise her schedule and support her family every day, alongside her partner, who does the same. “Our parents also give us very valuable support. Nonetheless, we are very present in our role as mum and dad, and make sure our family has all it needs.”

On this point, Ms Mamo is in agreement with her counterparts that the main obstacle women tend to face is related to their traditional role as main carer of the family. “I do not believe that there is a bias against women, or that women are less capable, but unless the responsibility of caring for the family is balanced between the parents and there is an adequate support structure, the female in the family will find it harder,” she attests, noting that this can prevent or delay women from reaching top positions.

On the other hand, she acknowledges that there are more women who see greater value in investing time with the family than men, and despite having access to support, they still decide to stay home, and that is fine as long as it is their choice. “My appeal is for women not to let themselves be overwhelmed and won over. There are options and they should make full use of them, such as the exceptional free national child-care scheme, working flexibly, etc,” she says.

Addressing the lack of women holding Board positions in large companies, Ms Mamo continues to say that women lack role models and suffer from a lack of visibility. “The male clubs start from when they are young,” she says, affirming that males have consistency in their network, whereas it was different for females, particularly in the past.

“What we see on today’s Boards is a result of our education system many years back. Girls were not as driven towards careers as they are today. They were driven to be achievers, but only up to a certain extent,” she asserts, maintaining that doing more of what we are already doing in the education system, by introducing co-ed schools, driving girls and giving them visible role models will make big differences. “Females need more visibility to address the gaps we have today – gaps that will start to close as we start reaping the benefits of our improved education system,” Ms Mamo adds.

Within her role as CEO of Malta Chamber of SMEs, she feels that she has grown in tandem with the organisation and looks forward to continuing to build on this growth moving forward.

And as major business bodies like The Malta Chamber and The Malta Employers Association follow suit by appointing women to their topmost positions, Ms Mamo considers this a “clear example” of female empowerment. “It is a clear message of how much our society and businesses themselves believe in females. All of us in such positions were chosen by businesses themselves, not just to do a good job, but to be their voice and represent their interest,” says the SME Chamber CEO, who believes that this says a lot.

“The local business scene has benefitted and will continue to benefit from increased female representation. It will surely be a contributor to having greater diversity also at enterprise level.”

Read next: ‘I love the sea, the sun, and the flipflops’ – Here’s how Steve Mercieca is spending his summer