What does it mean to move to Malta, and who can help you do it? How can you exploit the possibilities of this cosmopolitan island? 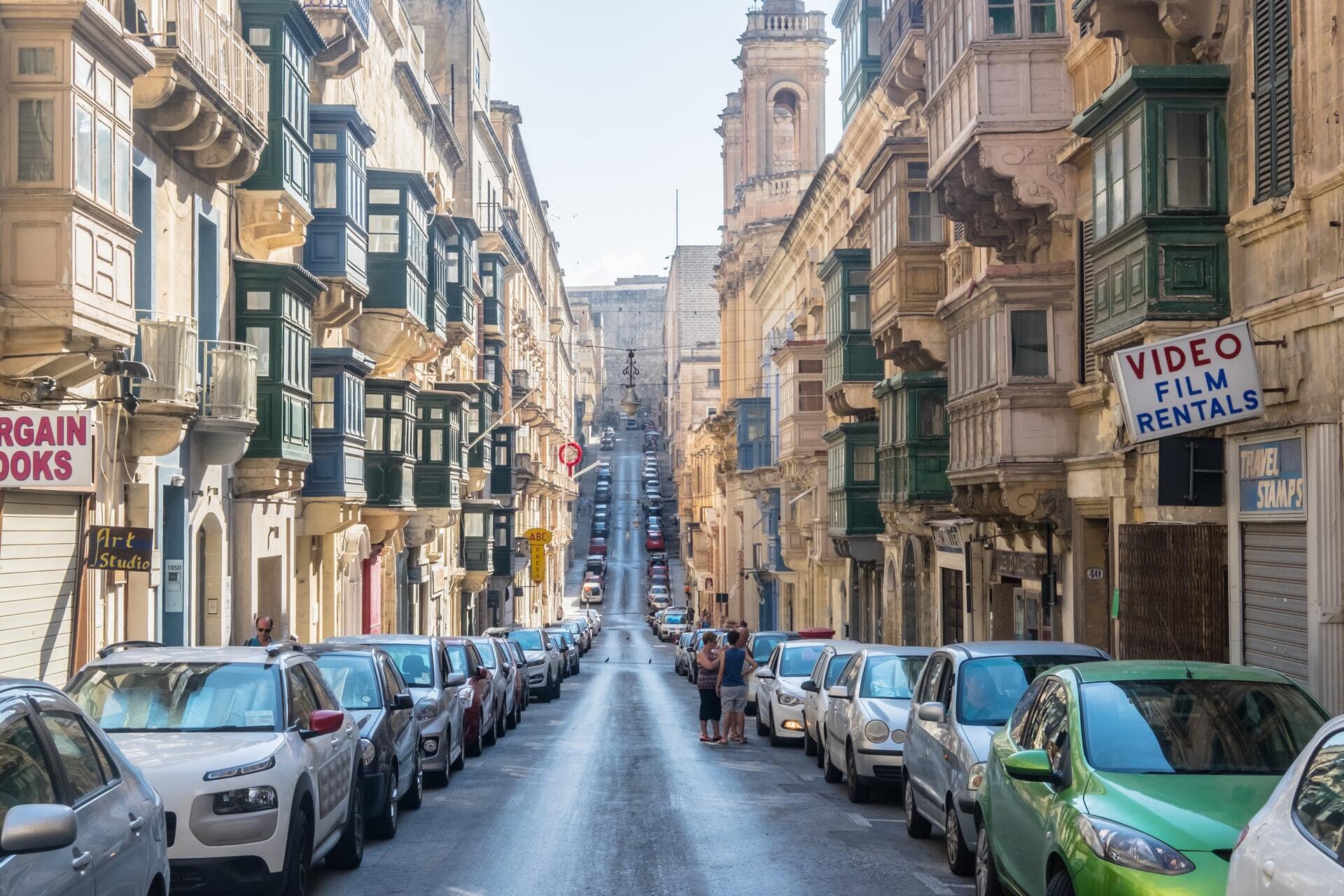 “If you make the wrong step in Malta… you’re dead!”

This is the first thing the Director of one of the most important international entrepreneurship organisations in Malta tells their new members when they join the organisation and come to Malta to do business.

Indeed, coming to Malta from continental Europe (and elsewhere), you suddenly realise that you have to look to your right while crossing the street, otherwise… you’re dead! This is true in life… and the same in business.

If you’ve heard someone speaking in Maltese, you will find yourself wondering… am I hearing Italian words? Or English words? No, wait… some sounds remind me of Arabic words… or is it a Sicilian dialect? What’s this language? What’s this tiny beautiful island in the middle of the Mediterranean Sea?

A strategic position and beautiful weather. Malta is a peculiar Mediterranean country, an interesting mix of Arab, British, Italian culture and much more.

And this is why you should invest in yourself and be prepared. Malta is probably not like your country, nor like any other countries you are used to. There are many differences you want to be aware of if you don’t want to fail!

Malta is a tiny island in the middle of the Mediterranean Sea, but it is nowadays one of the most international and diverse places in Europe, or even “The most surprising country of the world” as the famous vlogger and entrepreneur Nuseir Yassin (Nas Daily) called it in one of his videos – so surprising that he decided to  his 1000-day journey around the world in Malta.

Malta is indeed a very special place. It is a world of its own, not only because of its history, language and culture, or because of the tourists and the students coming all year round to study English; but also because of the many international companies which have now decided to make Malta their European/MENA hub.

Despite Malta ranking as one of the most cosmopolitan islands in the world, according to The Expat Insider 2022 by InterNations, foreigners residing in Malta are not entirely satisfied with the island and its services, putting Malta from one of the highest positions a few years ago down to the 43rd place out of 52 countries where to live and work abroad.

On the positive note, Malta still scores 21st out of 52 for Culture and Welcome and the easiness of settling in, and 22nd when it comes to local friendliness, and even better (18th) for finding friends. But, also on this point, according to studies, English being one of the two official languages of the island (together with Maltese), most people who move to Malta use English as their first language of communication, and being effective in business they don’t tend to deepen the Maltese language further. But, on the other side, this may affect their relationships with the locals as they tend to have more contacts with other foreigners and therefore “hiding in the expat bubble”.

Surely for those who voluntarily change their country of origin to move to another, the experience will involve an adjustment process which is referred to as cultural shock. To mitigate it and its effects, it is important to be aware of the cultural, social and religious differences that can generate shocks, misunderstandings, confusion, alienation and isolation. This is also why it is extremely important to be culturally aware and develop what is called “Cultural intelligence” (CQ).

It is not only about dos and don’ts, it is much more than that. It is understanding the why, it is developing a Global Mindset.

“When we did the first inauguration of our boutique in Sliema we organised it on a Sunday evening. It worked in Italy, we have always done that, Sunday late afternoon/evening is the best time for a grand opening. But here nobody showed up and nobody stopped to take a drink and it was offered for free! We were wondering what mistake we made…”

Planning the official inauguration of a new business on a Sunday? Only if you have built personal relationships with your Maltese clients, if they consider you as part of the family. Sunday in Malta is the day dedicated to the family, and the society is extremely based on family ties. Due to the islands’ tiny size, Malta’s business-world is fairly tight-knit.

For this reason, coming and investing in Malta without building relationships and involving the locals in the business is not a winning strategy. You will probably fail, even if the idea is extremely good.

Sunday is not only the day of the family, but it is also the day dedicated to religion and, especially in summer, to the feasts. Also in this case, it is not only religion but the feasts that play a role in reinforcing community ties. It is celebrating not only the saint but the community in itself and their pride in being part of it.

The community dimension influences businesses, the work environment is more human and friendly, especially in smaller companies and trust is based on personal relationships and connections.

At GMD, we had the opportunity to talkto Susie Brown, host of the podcast The Big Purple Blob, supporting foreign services and army families in their relocations, about the experience we had with a group of Chinese students who came to Malta for an internship. In their mind and expectations they were coming to Europe, meaning to the main capitals: London, Paris, Barcelona… instead, some of them found themselves catapulted into small Maltese cities, and consequently had a big cultural shock.

At the same time, what was also challenging for them was the different managing styles where they were used to being supervised and constantly checked by their manager, while in Malta they were entrusted with tasks to do and deliver without the manager verifying it every minute. For the Maltese managers this was the norm, but for the Chinese students, a cultural shock! They felt disappointed, frustrated, abandoned… coming in, we helped them to understand the cultural differences that were impacting their work and personal relationship and the entire Maltese experience.

Sometimes, it is the little things that make a big difference. Being prepared on what to expect before coming could have avoided a cultural shock, helping them to enjoy their experience in our beautiful island.

Certainly, a cultural and mental preparation before their arrival could have helped them to settle better with people and the environment, to European life.

How to be prepared

So, how can you prepare yourself to avoid cultural shock and doing business successfully in Malta? Nowadays, you have to consider culture(s) more and more as a part of your business strategy.

The more you are culturally aware, the more you will be able to understand what is going on in front of you, managing it at your advantage.

Being prepared with training and consultancy programmes can help you and your company to identify critical aspects to be considered when starting a new business in Malta and potential issues and clashes with the local culture.

The fear of change is certainly a fact that can derive from the cultural shock which may happen in a new country; a country that can seem and actually be very distant from the expectations that one has set.

So, how can we fight the fear of change? It is certainly not easy to adapt to a new place, and this also increases with the passing of the years because the sense of adaptation is less present, and our culture and our ways of thinking are more rooted. Each of us is certainly conditioned by their own cultural background and their experiences in this regard, but among these there will also be episodes of culture shock, and for this reason it is also important to know how to recognise them, distinguish them and understand them. It is important to adopt a less ethnocentric vision of one’s own culture and let the sense of adaptation prevail over it to fight the fear of the different and the new. Developing an open mindset can help you to have a completely different experience.

Also, a cultural relocation support programme can help employees and their families to relocate successfully and to mitigate the cultural shock. A pre-departure orientation session can be extremely important in providing information about life in the new country. It is important to be able to prevent challenges and avoid an investment in time and money if the employee recognises that he/she will not fit in the new country.

In conclusion, before you move, it is important to be mentally prepared first, to try to train the mind to a more open vision and to be ready to welcome new customs and habits. Remember to set reasonable expectations, be aware of the differences and leave prejudices in your ‘old home’ in order to be able to enjoy the experience of a new life in your new place.

The author would like to thank Gisela Qosja, GMD intern, for her support in the research and writing of this article.