Athletica Vaticana began its service among sportsmen and women in track and field four years ago. 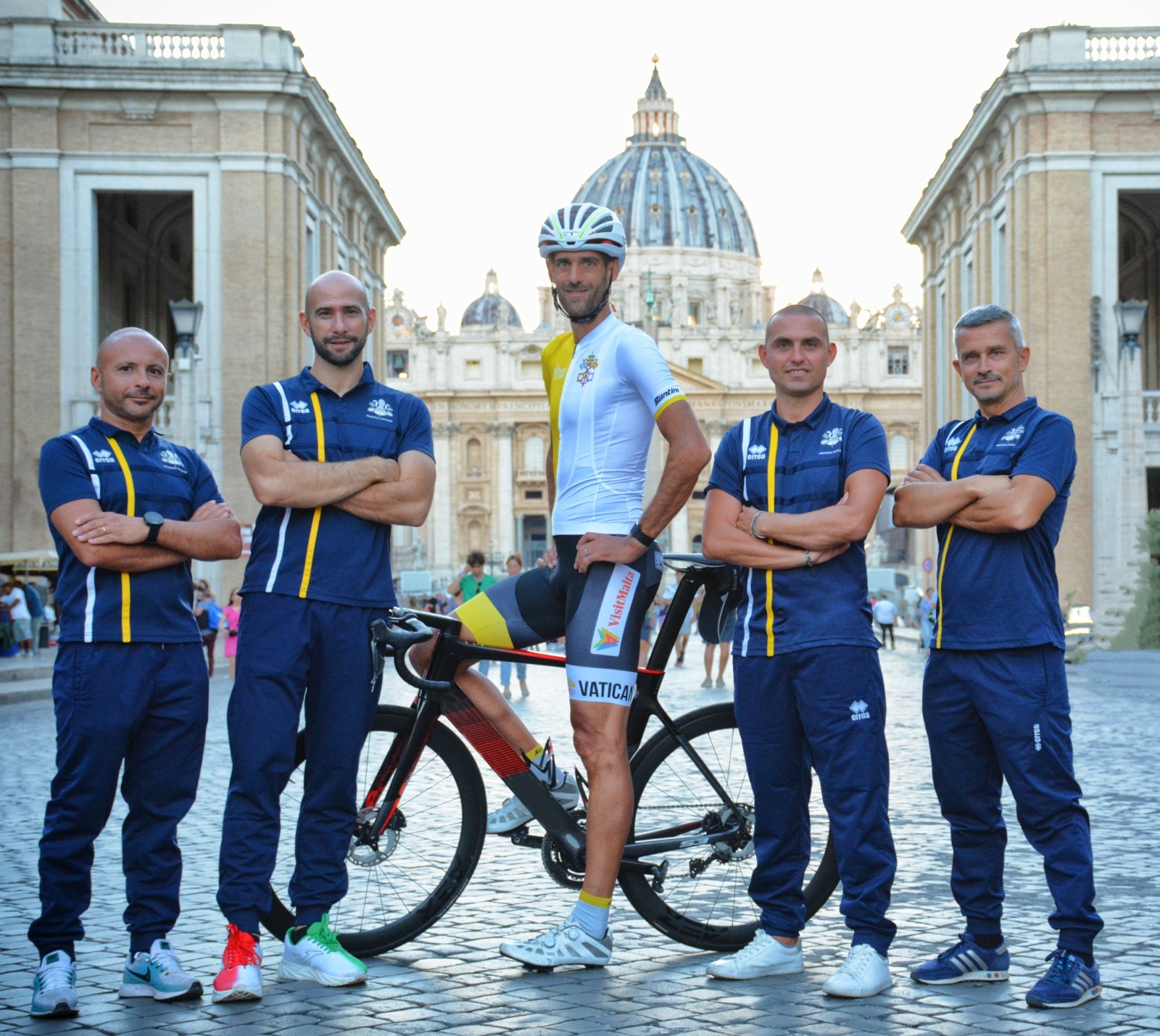 The VisitMalta brand has been given exclusive visibility on the kits of Athletica-Vaticana Vatican Cycling.

This comes as part of the commitment that the Malta Tourism Authority (MTA) and the Tourism Ministry embarked on to think outside of the box when undertaking brand exposure initiatives.

Athletica Vaticana-Vatican Cycling has been an official member of the International Cycling Union (UCI) since 24th September 2021, when the 190th UCI Congress was held in Leuven, Belgium.

“Malta and the Holy See share a bond which unites them on various levels, and we are proud, as VisitMalta, that through our donation, which also falls part of our marketing endeavours, sport will now be another link in this chain, between two of the smallest states in the European continent,” MTA CEO Carlo Micallef said.

“We also feel, as an Authority, that this donation and this new relationship will help to further give exclusive visibility to the VisitMalta brand in an international sport events, which are in turn broadcast to millions of people around the world,” Mr Micallef added.

Athletica Vaticana began its service among sportsmen and women in track and field four years ago.

The team is made up of citizens of the Vatican City, employees of the Holy See and their immediate family members.

“Undoubtedly, the warmth and affection received by His Holiness Pope Francis from the people of Malta and Gozo bears testament to just how successful this new relationship is going to be,” the MTA CEO concluded.

Athletica Vaticana-Vatican Cycling will be participating for the first tim  in the Cycling World Championships in Australia later this month.

The team was also present in Malta for the Athletics Championships of the 18 Small States of Europe and in Oran in Algeria for the Mediterranean Games earlier this year.

Read next: CEO Nikolai Livori reveals how gamification can elevate your business