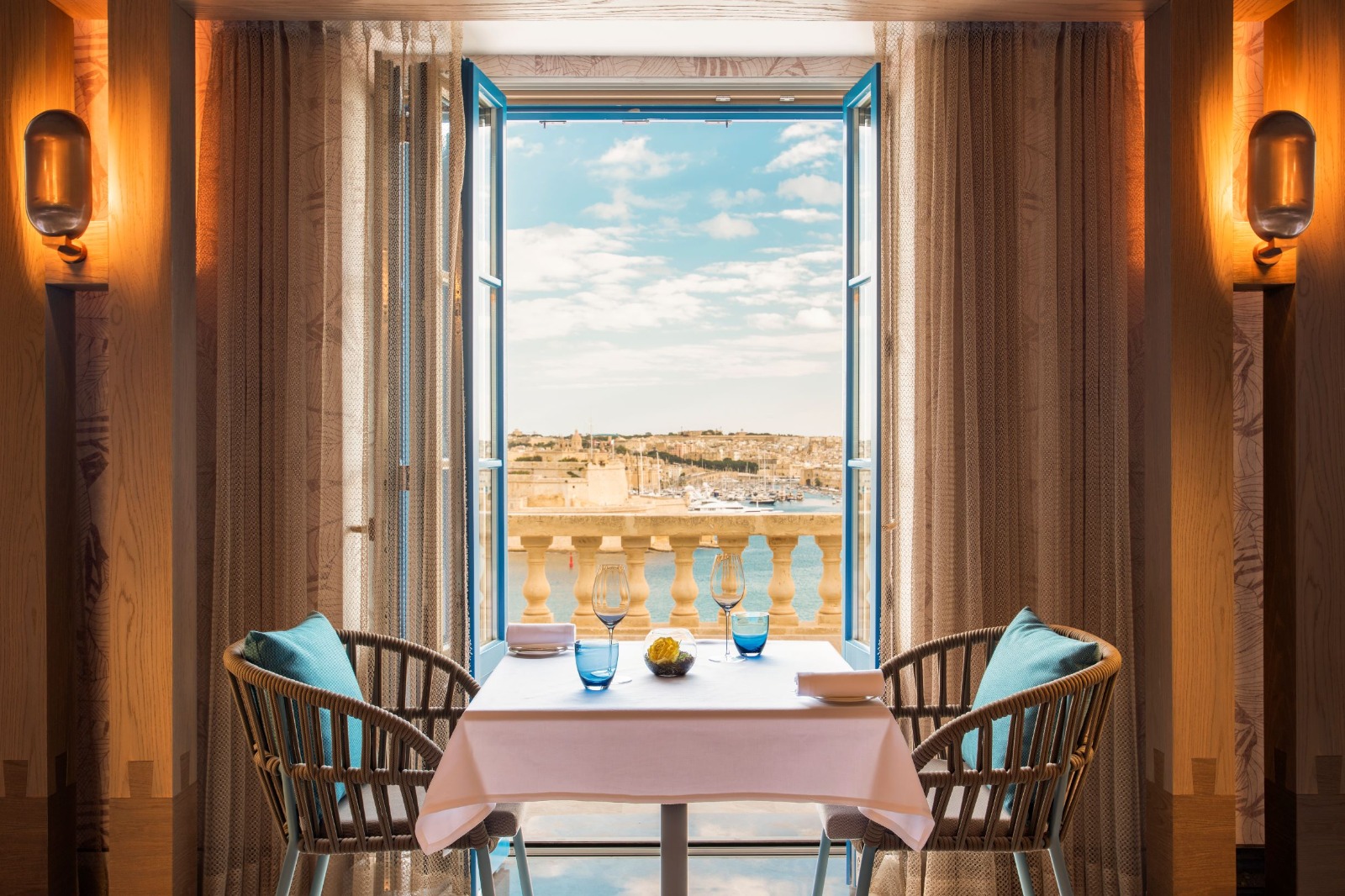 The second edition of the guide features 31 restaurants spread across the islands of Malta and Gozo. The two new Stars have been awarded to Bahia, within the heart of Lija, and ION – The Harbour, housed within the recently opened luxury hotel Iniala Harbour House and Residences in Valletta. These restaurants join existing One Star restaurants De Mondion, Noni and Under Grain.

Since opening nearly five years ago, the team’s main goal at Bahia has been to give guests the best possible experience they are capable of, says owner Colin Ciantar. “Today, that mission remains one of our core values, and getting recognised for that is very satisfying. The Michelin guide is one of the most important recognitions in the culinary world, so the whole team was very happy to achieve a star. We are treating this as an important compliment for our work and passion in this business,” he maintains.

Over the years, the restauranteur says, the team behind the successful restaurant learnt a lot from its guests. “We recognised early that customers enjoyed our attention to detail throughout their journey with Bahia, and this is what we dedicated most time to. A Michelin Star is the consequence of this hard and authentic work.”

Given the difficult situation for the restaurant industry over the last year, Mr Ciantar admits that much like their colleagues in the industry, the past year has been very challenging. “We welcome the exposure that this recognition will give us and we are really excited to start entertaining our guests once again,” he says, lamenting that receiving the prestigious recognition without the possibility of sharing their work with their guests due to the current closure of restaurants due to the situation with COVID-19 is frustrating. “The Michelin Guide is there to highlight destinations worth visiting, and this is surely what the whole sector is looking forward to most in the weeks to come,” he maintains.

Meanwhile, having only opened its doors six months ago, ION – The Harbour has quickly made a mark on the island’s culinary scene, offering guests an outstanding fine dining experience against the spectacular backdrop of the Grand Harbour. Housed within Iniala Harbour House and Residences, which is hotelier and philanthropist Mark Weingard’s second hotel, the restaurant is headed by talented local chefs Andrew Borg and Kurt Micallef, who were handpicked by Weingard himself, and have had their hearts set on receiving a Michelin Star since the restaurant’s opening in November 2020.

“Since ION – The Harbour’s inception, we have poured all our passion, energy, and talent into providing the very best gastronomic experience for every diner that passes through our doors. We are honoured and delighted to know that such a prestigious entity has recognised our efforts, and we look forward to continuing to delight our guests at ION – The Harbour,” says Executive Chef Andrew Borg, reacting to the news.

“We succeeded in this great accomplishment against all the odds,” adds Founder of ION – The Harbour and Iniala Harbour House and Residences Mark Weingard. “We opened a restaurant in the middle of a pandemic, within a hotel that was not completely finished, with no prep kitchen and with a completely new team. As with any new venture, we had a lot of teething problems, but this team really came together and showed what they are made of. I am so proud of the whole team for managing to achieve this. We have created an amazing platform for the future.”

Established in the late 19th century, Michelin awarded its first star in 1926 and has since continued to recognise some of the greatest cuisines around the world. The much-coveted Michelin Star is considered an authentic hallmark of exceptional fine dining, since Michelin inspectors are among the few who remain anonymous when reviewing a restaurant.

Read next: The balance that all employers need to strike during this pandemic