The company’s Cisk Strong beverage also made waves after winning a bronze medal. 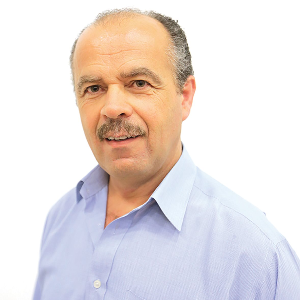 Farsons Group’s Cisk 0.0 Alcohol-Free Lager was awarded a gold medal in the ‘Non & Low Alcohol Beer – Class 1’ category at the International Brewing and Cider Awards 2021, held earlier this week in the UK.

Cisk 0.0 was also named overall trophy winner of the gold winners of the three classes of the zero alcohol, low alcohol, and ultra-low alcohol categories.

Eugenio Caruana, COO and Head Brewer at Simonds Farsons Cisk, said that the International Brewing and Cider Awards are ‘technically unrivalled’, since the beverages were judged by working professionals in the brewing industry from across the globe.

“With new zero alcohol categories introduced to the awards for the first time, we are extremely proud that Cisk 0.0 was not only awarded a gold medal in its class but also the overall trophy from all gold medal winners within the three classes of the of the ‘Non & Low Alcohol’ Beer category,” Mr Caruana noted.

“Regarded by many brewing professionals as the ‘ultimate challenge’, the creation of the highest quality and award-winning alcohol-free beer is testament to our skilled and experienced brewing team whose dedicated and hard work have made this possible,” the COO continued.

Another one of Simonds Farsons Cisk’s beverages, Cisk Strong, made waves after winning a bronze medal in the ‘Strong Beer – Class 1 – Lager’ category at the same awards.

A total of 138 medals and trophy winners were announced at this year’s edition of the International Brewing & Cider Awards. The event saw brewers and cider-makers from 24 countries receive accolades; in total, 126 medals and 12 trophies were handed out.

The competition, which dates back to 1886, has a long history of championing the world’s best brewers and cider-makers. Its unique approach to the judging process sets it apart from others awards, thus earning it the reputation of the ‘Oscars of the brewing and cider world’.

“I’d like to personally thanks all the judges as well as all the brewers and cider-makers who entered their products and made this year’s awards a night to remember,” Ruth Evans, Director of the International Brewing & Cider Awards said.

“We’d like to congratulate Simonds Farsons Cisk on their achievement and we’re thrilled to be able to prove them with the recognition they so truly deserve,” she concluded.