‘You must diversify to survive’ – CEO Sarah Zammit Cutajar

MaltaCEOs 2022 serialisation: As a fifth generation Zammit Cutajar, Sarah is determined to ensure that the values and principles of humility and steadfast determination trickle down to the entire team. 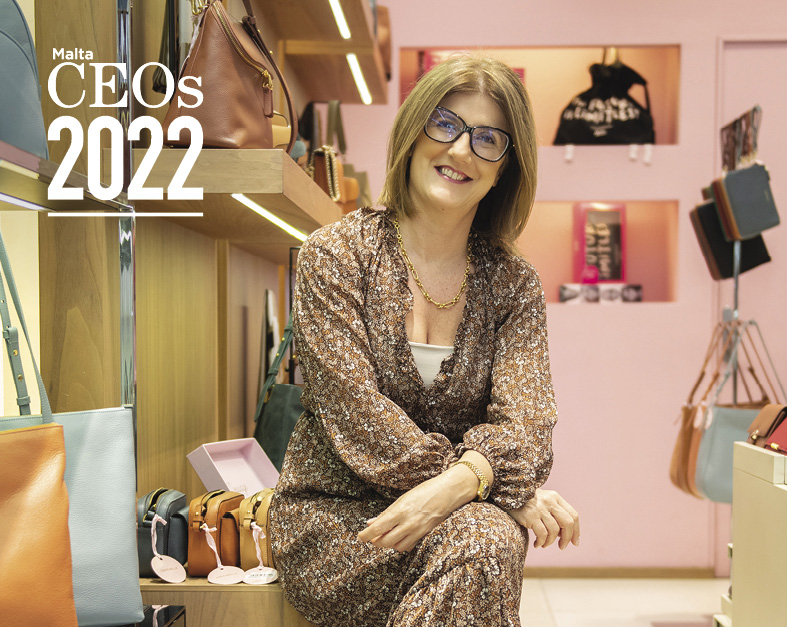 P. Cutajar & Co. Ltd is one of Malta’s longest-established family businesses, set up by Paul Cutajar in 1861 to trade imported wheat, cereal, and coal – the staples of the time. Today, its operations and markets have expanded significantly and, with CEO Sarah Zammit Cutajar at the helm, it is poised to continue diversifying its offering.

P. Cutajar CEO, Sarah Zammit Cutajar, was only 19 when she entered the business that had been in her family for well over a century. But despite her connections, she was not “encouraged to join the company” she says, describing the caution inscribed in the company’s code of practice, which insists on meritocracy for the overall good of the firm’s progression. “There was no preferential treatment; there was a vacancy at the company and, following sixth form and work experience in a few odd jobs, I applied. I was interviewed and got the position of Secretary to the former Sales and Marketing Director,” she recalls.

That humility in approach has paid dividends for the business. In 150 years of trade, P. Cutajar has managed to weather considerable changes in consumer habits, technology and lifestyles that have put other, less resilient businesses to bed. “When the company was first opened, it dealt with the importation of wheat, cereal and coal, but over the years it diversified its portfolio and began to represent a number of leading local brands, as well as venturing into the fashion retail sector,” Sarah explains.

P. Cutajar was the first distributor outside Italy for Martini & Rossi way back in 1880. Other global brands the company represents today are Ferrero, Lavazza, Bacardi and Haagen Dazs. “Today, P. Cutajar & Co. is one of the leaders in the Fast Moving Consumer Goods (FMCG) world in Malta,” the CEO continues. The firm’s retail operations became a cornerstone of their offering, but this wasn’t without its vicissitudes, as shifts in the global landscape pushed the company in different directions.

“We first went into retail with the Kodak Express brand and grew that part of the business to include eight stores across Malta and Gozo.” Indeed, Sarah – who had taken over the role of Head of Retail Operations – had overseen the management and opening of the island’s Kodak Express One-Hour shops. However, with the introduction of digital photography and film technology, Eastman Kodak took a severe hit and – eventually – had to file for bankruptcy in the United States. Thankfully, P. Cutajar, being the agent for both Kodak and Canon at the time, saw this coming and took the decision to exit the photo business before Eastman Kodak went into liquidation.

“As a result, we started to invest more time and energy into retail and the CEO at the time, my father, quickly turned what was a sad milestone within the company – considering we had been the Kodak distributors since 1937 and were familiarly known as ‘Cutajar tal-Kodak’ – into a profitable business. He set up the Solaris sunglasses business in 2006, followed by Coccinelle handbags a few years later and, then, the Haagen Dazs ice cream parlour,” Sarah explains, adding that she remained in the role of overseeing retail, while also heading up the marketing team at a time when the company was slowly being restructured. “Around two years ago, I stepped away from focusing solely on retail and marketing, and took on the position of Chief Operations Officer. It built on my experience and allowed me to devote my time to the actual operations of the company, after years at the firm.”

Her mettle was tested over the past 28 months and Sarah consolidated her skills and competencies within a difficult market. “I know all the ins and outs of this company, warts and all,” she attests. As testament to her perseverance and ability to steer the firm in productive directions, she was appointed CEO in September 2021.

Today, as a fifth generation Zammit Cutajar, Sarah is determined to ensure that the values and principles of humility and steadfast determination trickle down to the entire team, while also ensuring a productive, collaborative atmosphere across the company’s sites. “My role is to guide people and to listen. I do consider myself more of a leader than an authoritarian and I don’t like to take a decision without listening to what people have to say,” she explains.

“I like to speak to everybody on the team – whoever they may be. The interaction with my staff is essential. I try and keep in contact as much as possible with the team,” she says, outlining her working day. “Then I try to work on new, productive ideas to keep the company moving and I see what stage we are at with our various endeavours. I get great satisfaction from succeeding on a project I’ve been working hard on. My time at the office is generally a fun one,” she smiles.

Sarah’s positive outlook persists despite the challenges of the past 18 months, as COVID-19 hit the bottom line of companies across all sectors, without exception. “Currently, as we come out of the pandemic, we’re trying to plan for the future without Government aid. There are human resource difficulties both in retail and logistics, since it’s not easy to find good, loyal people in these areas,” she explains.

Exacerbating these issues – also emerging as a result of the COVID-19 crisis – are the increases in costs associated with importation and product supply. “There’s been an increase in freight and transport worldwide and, as a small island, this has had a great impact on us. Certain brands have increased their prices and this gets passed on to us, so we need to learn how to maintain our competitiveness in the market,” she attests.

Sarah expresses confidence in the firm’s performance in light of the breathing space COVID-19 gave the businesses. “The pandemic gave everyone at P. Cutajar the opportunity to stop and reflect; to think about how we operate. As a result, we were able to restructure the company, increase our efficiency and improve our customer service – for instance, we developed our new B2B portal so businesses can trade online,” she explains.

Moreover, the firm “had some fat” which was “streamlined” during this period. “We looked at all areas within finance, sales, retail, and operations. We wanted to do more with less,” she says. This allowed for greater productivity, even as some staff worked from home. “Everyone came to realise, myself included, that we can take nothing for granted. We restructured – and we managed to keep costs down because we made the best use of the resources we had,” she says.

Such a serious-minded approach is what characterises the company, in her view. “Although we’ve gone through a bit of turmoil in recent months, one of my goals as CEO, is for the company to be known as one that prioritises its customers, staff and other stakeholders. Our mission statement is ‘to build profitable relationships’ and that is imperative for us,” she shares.

“I’m trying to look ahead to the next five to seven years because I don’t think the world is going to go back to how it was. I think the pandemic was a wake-up call for most industries, and there’s going to be much more competitiveness in the market. Over the years, I’ve learnt that you must diversify to survive. You need to progress; do things more efficiently. For the benefit of the company, long-term, you need to make those tough decisions, have an open mind and consider all factors.”

Looking ahead on a more personal level, one of Sarah’s goals for the company is to make it more sustainable and environmentally friendly. “We need to be forward-thinking for the benefit of future generations,” she says. Sarah – who is also a mother to three children – is mindful of the need for lasting change. “There must be sustainability in the way we work, day-to-day,” she says. “For instance, I really believe in work-life balance and that goes for all our staff as well. As long as things are delivered on time, and people are productive, we can work flexibly. As a mother, I understand the importance of this. I like to go home at a decent time, help with homework and attend to my children’s needs. Unless there’s something urgent going on, I don’t need to be physically in the office all the time.”

The CEO believes this attitude broadens the team’s potential and, over the course of this year, that’s exactly what she plans to achieve. “I’m positive that we can look at new investment, although I’m sure 2022 will still be a challenge. Malta is a small, difficult market and we need to be prepared to adapt.”

Sarah credits her ability to navigate such waters to her heritage. “I owe a lot to my predecessors – the outgoing CEO – as well as my father, who taught me a lot along the years,” she smiles, concluding with her hopes for the short term. “By year end, I hope to have a better bottom line compared to 2021. I am excited about what the future holds and am ready for all the challenges we have to face. There is no such thing as an easy job; all jobs have their own challenges.I also aim to achieve all our targets in terms of profit, as well as to give out dividends that the stakeholders of the company are satisfied with,” she says. 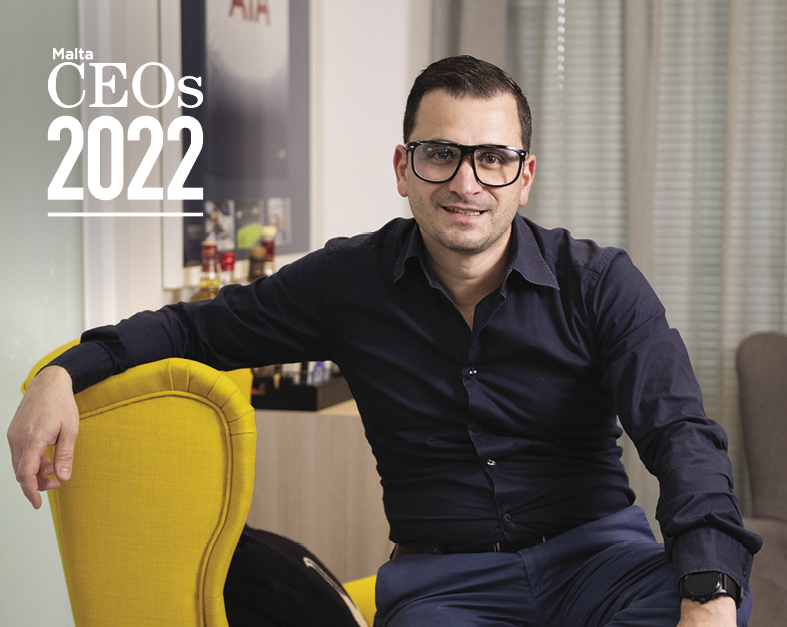 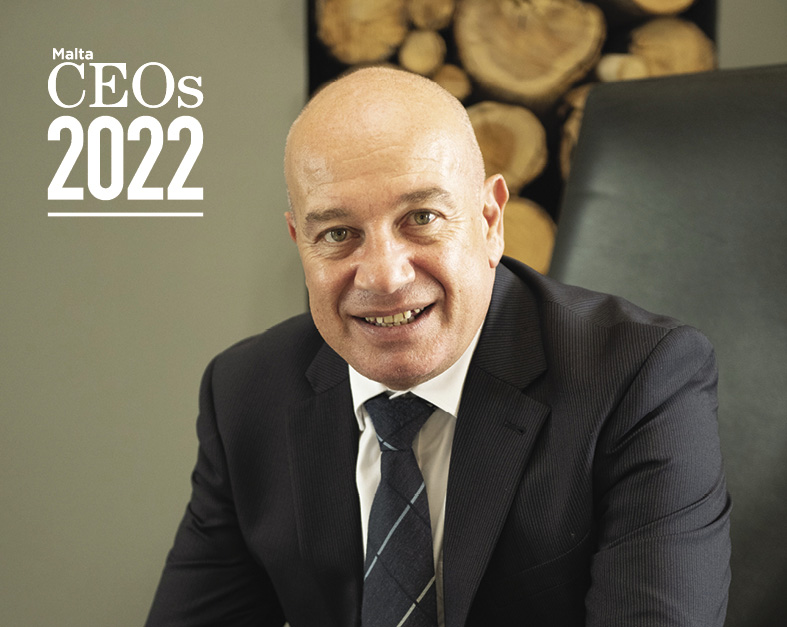 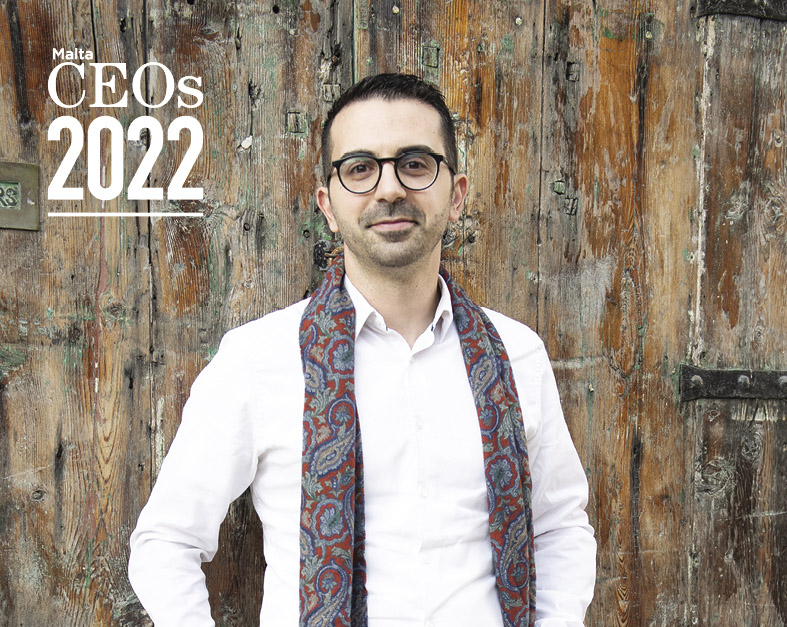 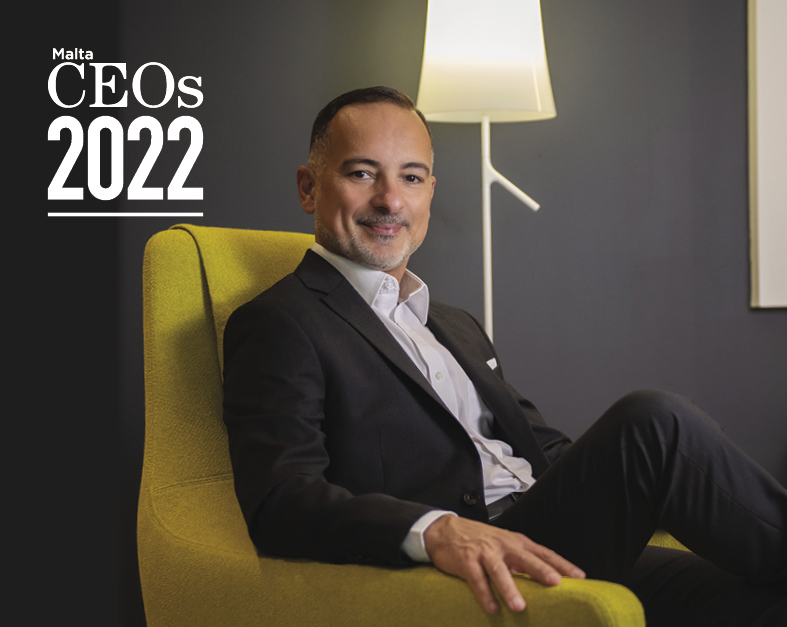