This was the Pope’s 36th journey abroad and the first to take place in 2022. 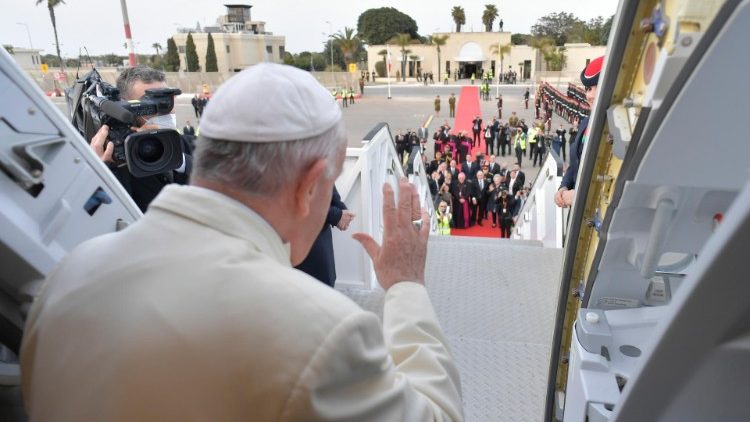 David Curmi, Executive Chairman of national carrier Air Malta, commemorated flying side by side with Pope Francis as he returned to Rome yesterday afternoon.

The Pope arrived in Malta last Saturday for a highly anticipated two-day Apostolic Visit. All throughout the weekend, the 85-year-old Pope toured the Maltese islands, where he was welcomed by crowds of onlookers flocking to the streets.

“Delighted to have had the opportunity to accompany His Holiness Pope Francis on our flight KM4282 from Malta to Rome earlier this afternoon on one of our Airbus A320NEO,” Mr Curmi wrote.

“Big well done to Flight Ops for the excellent organisation of the Papal flight and to the Flight Deck Captain Peter Mifsud, Captain Frank Scerri, Captain Karen Sant, and the Cabin Crew, led by Evan Cutajar and Louiselle Cauchi, as well as the team at Air Malta’s Ground Handling,” he continued.

The past two days saw Pope Francis participate in an unending array of activities, which included a visit to St Paul’s Grotto in Rabat, a Papal Mass at Floriana’s Granaries, and a ceremony involving immigrants residing in Malta at Hal Far’s Peace Lab.

This was the Pope’s 36th journey abroad and the first to take place in 2022.