The Malta Chamber’s recently appointed CEO wants the organisation to be ‘the prime mover in bringing about a much-needed paradigm shift.’ 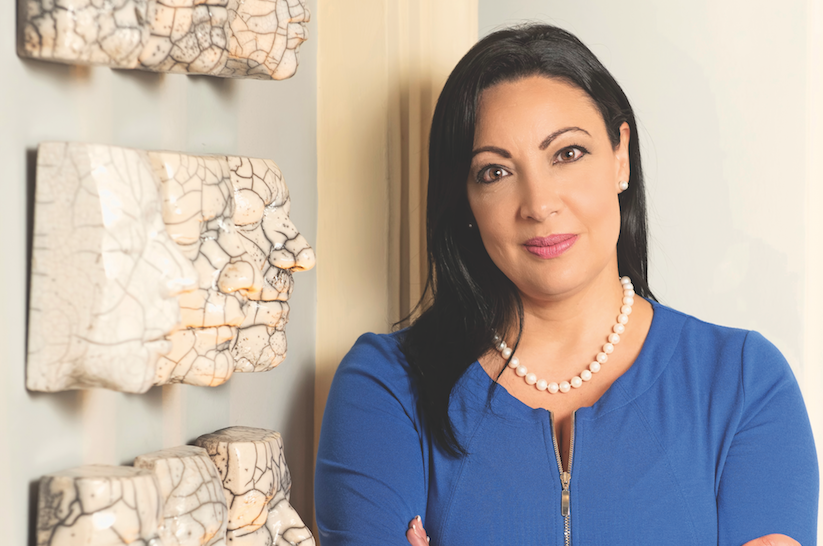 Appointed CEO of The Malta Chamber earlier this year, former Nationalist MP Marthese Portelli says that at secondary school, a teacher gave her some sound advice that would stay with her throughout her student days. “She told me ‘Study for life. Do not study simply for the exam. Grasp as much knowledge as you can and go for a wide spectrum of subjects’.”

Her diverse career reflects this lesson. Starting out as a junior lawyer in 2001, she took on the role of Chief Operations Manager within one of the largest IT companies in Malta just two years later, admitting that, while she knew it was beyond anything she’d experienced before, “once I put my mind to something, irrespective of the challenges that it brings with it, I give my utmost to succeed.”

During the 13 years that followed, she occupied several managerial posts in the corporate world, and spearheaded several nationwide projects within the public and private sectors. This was followed by a seven-year stint as a Member of Parliament. Following her departure from politics, she continued working as a management consultant, focusing specifically on business restructuring, change management and EU funding. She also ventured into her first experience in sectoral representation.

“I believe that my corporate background coupled with policy acumen, particularly my experience in policy formulation and negotiation, had a direct bearing on getting selected for my current CEO role. Whilst it is indeed an honour to be entrusted with such a high-profile role, I am also fully aware of the huge responsibility and challenges that it brings with it. That said, I am fully committed to continue building on The Malta Chamber’s strong legacy, its sound values and its successes,” she says.

Subscribing to the belief that “nothing comes easy”, Dr Portelli says that throughout her journey, “like everybody else, I have faced a number of challenges and obstacles – some were gender related, some weren’t.” Despite this, she says, she sees challenges as part of life, advocating for resilience in the face of difficulty.

“I believe that I am who I am, and my capabilities, are what they are, and I expect to be assessed on those criteria, not on the basis of my gender,” she maintains, admitting that ultimately, she has always been aware that it would not always be the case. “Having always worked in an intensely male-dominated industry it is not the first time that I was ‘ignored’, ‘overruled’ or told that I am ‘overreacting’, simply on the basis of my gender,” she admits, revealing that it sometimes left her wanting to give up, but not for long.

“As women we have to fight and make an extra effort. It is a fact that women have struggled to be given a voice and to be treated equally,” she asserts, conceding that it is never easy to break barriers, but “where there is a will there is a way.”

Acknowledging that women continue to encounter challenges when it comes to achieving top positions, Dr Portelli quips, “often, women are judged as being too hard or too soft, and never just right. Often, women leaders are seen as competent or liked, but not both. When it comes to ability to lead effectively, men have it by default while women still have to repeatedly prove that they too can lead.” On this point, she says, kudos to The Chamber is in order. “Its ethos and outlook towards gender equality can be tangibly seen and felt – merit is given where and to who it is due.”

Listing some steps that can be taken to increase representation of women in high-level positions and in the boardroom, Dr Portelli notes, “the mentality that men should ‘take charge’ and women should ‘take care’ still lingers,” describing this type of stereotyping as one of the stumbling blocks. The working environment and support structure do not help either, she continues, confiding, “I would like to wake up to the day when all women would be able to believe that they can do just about anything they set their minds to.” Finally, she adds, “we need a mentality shift in favour of productivity and results, and not time spent at the desk.”

Now, just over a month since taking up her CEO role, her sights are firmly set on the task at hand: ensuring that Malta’s businesses continue to thrive and grow. “I want to help business achieve more, beyond whatever one could ever achieve alone. I want to help our members connect better, nationally and internationally, with other businesses and with opportunities,” she says, adding that she will ensure that The Chamber continues to be proactive on the needs and challenges of every section it represents.

Finally, she says, it is also her goal to see The Chamber be the catalyst of change. “I see it being the prime mover in bringing about the much-needed paradigm shift in the mentality of how policy is thought out and how things are done.”