For an outsider, it might seem like FreeHour is at its peak, but Zach is adamant that this is only the beginning of a very fruitful journey. 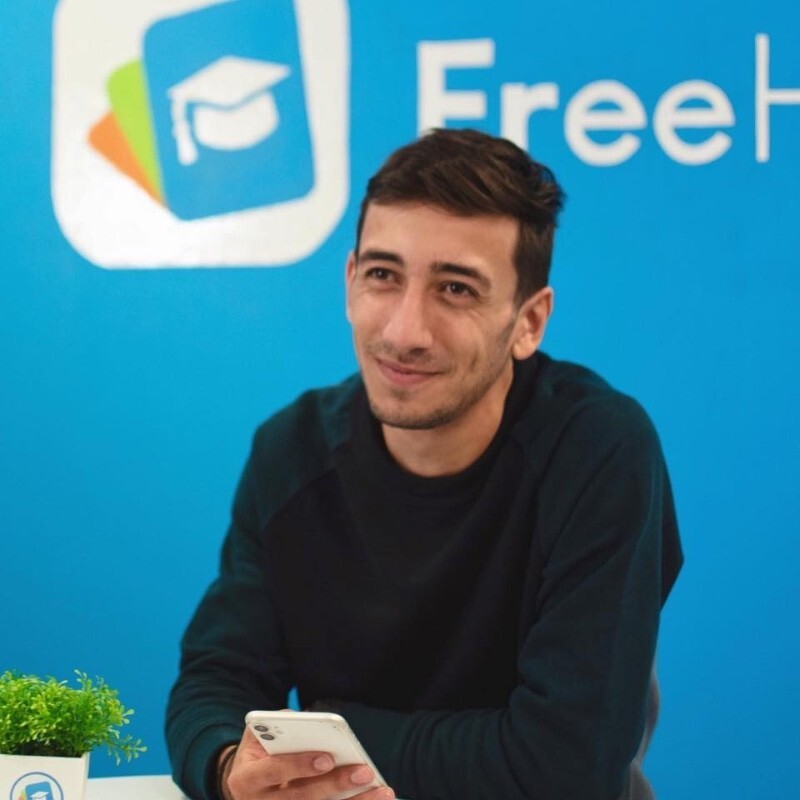 With 90% of Maltese youths following FreeHour on Instagram, using the FreeHour app, or doing both, this fast-growing local start-up has been turning heads in the local and international corporate spheres – but getting here was no piece of cake.

Founded in 2017 by young CEO Zach Ciappara, FreeHour was born out of Zach’s ever-present desire to be his own boss, make his own work, and lead his own business; so, after finishing his A-Levels, Zach did what many others his age wish they did. He followed his dream.

At the time of its foundation, FreeHour offered post-secondary students an easy solution to finding common free periods – nowadays, it does that and way more.

“After a few months of crowdfunding through friends and family, we managed to get started with the first version of the app. It launched in March 2017, got very good initial traction, and had 700 downloads on the first day, which increased to around 10,000 by the end of the year,” Zach tells MaltaCEOs.mt.

This vote of confidence was all Zach needed to keep developing, improving, and above all, innovating FreeHour. That’s why, as the months flew by, the app started introducing a plethora of features – from a stipend countdown to a student job section and even a task tracker.

In a matter of two years, over 20,000 students around Malta were using the app. With such a significant portion of the country’s youths at FreeHour’s fingertips, Zach and team started showcasing the platform as the ‘number one way for brands to reach Maltese youngsters’.

“To continue building a more widespread platform that isn’t focused on just the app, we decided to go into the content space in early 2020 – just when COVID hit. Coincidentally, because of that, we had to pivot, as we had gotten to a point where no one was physically going to school,” Zach says.

Luckily, this venture saw FreeHour reach a demographic that, until then, was being almost completely ignored by Maltese platforms on Instagram. So, just like magic, FreeHour’s social media presence started growing exponentially.

“We started posting funny content, educational content, and a mix of youth-related content – anything that interested youths, we were posting about it. Gradually, throughout 2020, we went from having around 4,000 followers to just under 40,000,” Zach recalls.

Before blowing up on Instagram, Zach even tested foreign waters to see how FreeHour would fare internationally. The data and insights gathered through this test-run helped pave the way for a successful pivot to the content sphere.

“2021 has been a very interesting year so far. The team has grown immensely and we’re now 17 people working at FreeHour – 12 full-timers and a bunch of part-timers and interns doing everything from content, marketing, and sales to operations and project management,” Zach says.

“Through this team, we’re able to create a much more serious impact. So now, apart from running our Instagram page, we can also maintain the app and create projects month after month – like the Virtual Freshers’ Week,” he continues.

The idea for a ‘virtual freshers’ week’ was birthed after the COVID-19 pandemic essentially killed off any and all physical presence at the University of Malta campus. Thus, driven to give first-year students a pick-me-up at the start of the academic year, FreeHour collaborated with 56 brands to offer users a digital equivalent of this highly anticipated event.

The resounding success of this initiative filled the FreeHour team with confidence to execute more campaigns on even larger scales.

“Next up came the Careers Expo, where students could submit their CVs to a number of brands from the FreeHour app itself. Most recently, we launched a mental health campaign which showcased the importance of mental health through the publication of five videos, a dedicated website, and a survey,” Zach highlights.

FreeHour’s biggest and most ambitious campaign to date, however, would be its official partnership with the University of Malta.

“When I was young, I’d say ‘wow, I wish I could partner with the University’ – and now, we actually managed to do so. But that was just the beginning of what’s to come with University, with integrating with other institutes, and with being the go-to app and media page for sixth-form and University students,” Zach says.

So, whilst for an outsider, it might seem like FreeHour’s reached its peak, Zach is adamant that this is only the beginning of a very fruitful journey.

“We aim to keep scaling FreeHour to keep it self-sufficient, to get much better talent, and to have a culture of young, start-up-minded people at the office. Overall, we just want to have a really good company for people to work at,” Zach highlights.

“Eventually, this would get us to internationalising FreeHour and replicating the model we have in Malta overseas. At the same time, I have my eye on penetrating new markets with the same model whilst, again, building the company together,” he continues.

By the usual measures of social media success, it’s safe to say that FreeHour’s doing very well for itself; but what makes Zach feel fulfilled isn’t down to numbers.

“I’m very proud that I can now promise people a career, not just a summer job. It’s great to be able to have cool people coming in here, flourish, and grow – even outside of FreeHour. We’ve finally reached that stage where we can invest in people as much as we want, so it’s a very exciting time for the company,” the young CEO says.

In light of this, one of the biggest lessons that Zach’s learnt throughout his tenure as CEO is just how people-centric his role is.

“The role of a CEO is to a be a very good manager and a very good people person. The biggest challenge is being extremely emotionally intelligent – in that regard, it’s more of an EQ game, than an IQ game. You have to be very self-aware to know what you’re good at and what you’re not good at. It’s all about trust,” he notes.

Before wrapping up, we asked Zach to give other young entrepreneurs a few words of advice based on his own experience as a CEO. This is what he had to say.

“Thinking long term is what I’ve always done since day one – FreeHour was never built to make money, to make me rich so that I can cash out and leave. My aim was always to build the next two years,” he highlights.

“As a CEO, your job isn’t in the present, it’s all about planning and putting your resources in such a situation that in two years’ time, you can take the next step,” he concludes.

Read next: The changing role of leadership: It’s time for our business leaders to step up