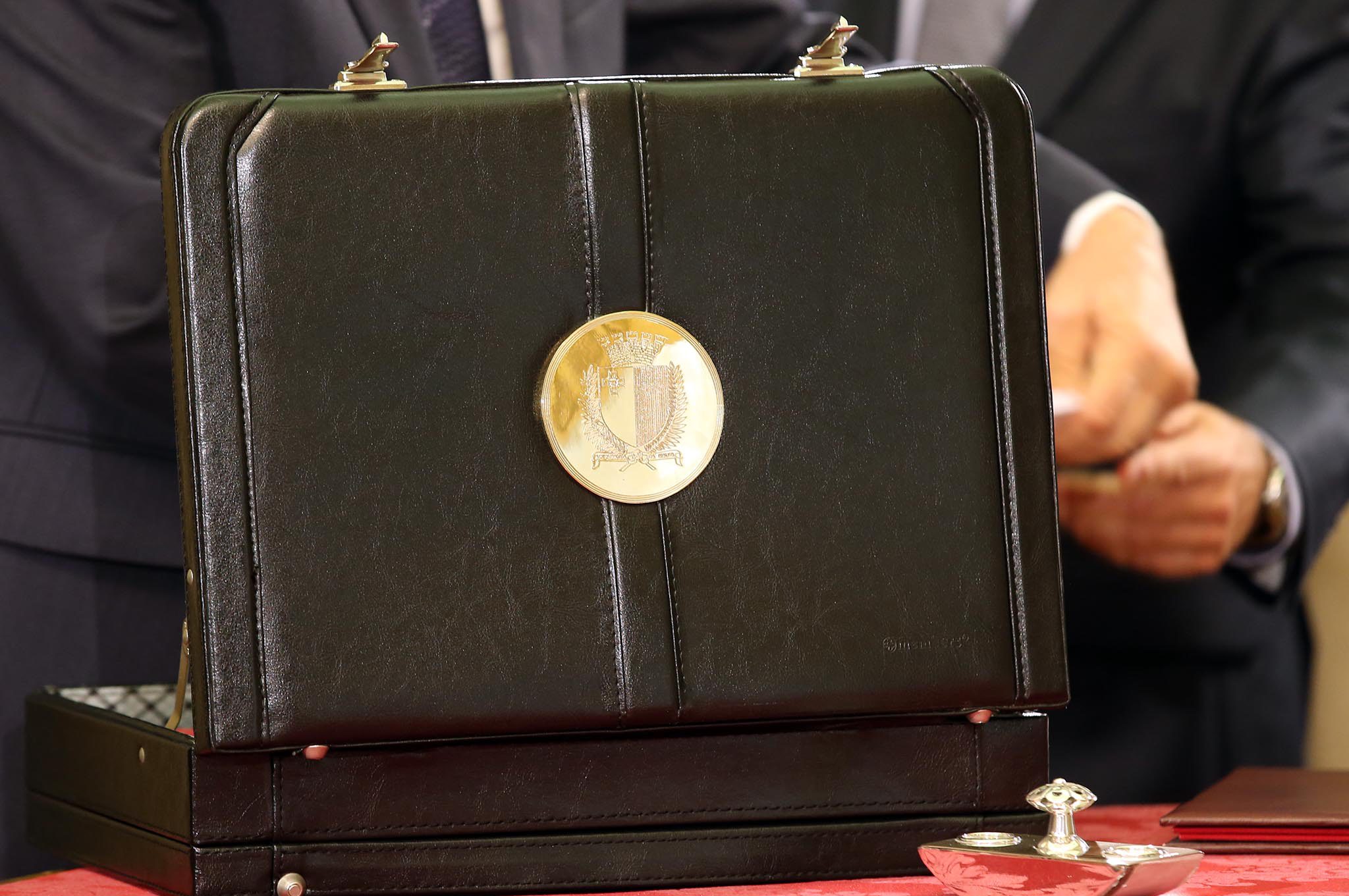 Ahead of Monday night’s hotly anticipated national Budget for 2023, business leaders and economists have shared their views on where they feel the Government’s priorities, and strategies, should lie.

A common theme when speaking to Farsons Group CEO Norman Aquilina, NOUV Founder and Chief Visionary Officer Mark Aquilina and Senior Economic Consultant within the private sector Christopher Pace was that fiscal sustainability is of paramount importance, so too is taking a longer-term view when setting the direction of the nation in 2023.

Indeed, the Budget for 2023 comes at a uniquely challenging time in the world’s history. Ravages from the pandemic are still being felt in the form of supply chain disruptions and shipping delays (China is still pursuing a zero-COVID policy) with some economic sectors also still behind in the race to recover from the pandemic, while war on the periphery of Europe due to Russia’s invasion of Ukraine has resulted in unprecedented price hikes for oil and gas, causing Europe’s energy bills to balloon.

On the local front, while Government has maintained its decision to subsidise energy and staple foods, to the tune of €608 million in 2023, the country has still not been insulated from the impacts of widespread inflation. Operating costs for a wide spectrum of businesses have shot up due to the increase in shipping costs, and the increase in costs for just about any raw material or goods required. Moreover, persistent staff shortages that began in 2021 has forced employers to raise wage bills in a bid to retain and attract talent, further impacting the sustainability of their operations.

With this in mind, MaltaCEOs.mt turned to local business leaders to understand what, in their view, should the Government’s priorities be going forward.

Government’s strategy is clearly to continue boosting domestic-driven consumption, private take up of capital projects, and cushioning costs in order to sustain economic momentum and avoid a downturn in the light of a global economic slowdown. At the same time, some economists argue that such policies to continue driving growth may further exacerbate inflation and would worsen the staff shortage situation present on the island.

Asked for their views on the strategy, Christopher first points out that added to the macroeconomic backdrop detailed above, challenges brought by climate change is also a factor.

He stresses that “everyone needs to realise that ‘Wealth needs to be created before distributed’”.

Indeed, commenting on how the country’s economy should be shaped going forward, he remarks:

“The country’s economic model and the fiscal policy stance are vital to generate the required resources and to distribute them fairly and efficiently. The budget and fiscal policy tools are important management tools to stimulate economic activity and to instil investor confidence.

“In the long-term, the economic activity generated will determine the amount of resources that will be available for the Government to finance assistance and incentive programmes to the industry and the population in general.”

On this note, he stresses that the forthcoming fiscal budget for 2023 “needs to strike the right balance between maintaining fiscal sustainability and to spur economic growth for the reasons [he] just flagged.”

He maintains that the budget should address three main pillars:

The economy; the social fabric of the country and the protection of the most vulnerable groups; and the environment.

“It is important that the direction set by Government for 2023 will be one which looks at the longer-term gains. In light of the macroeconomic challenges, decisions to improve competitiveness and the productivity of Malta’s economy should be taken immediately, and not side-lined,” he adds.

Asked for his views, Farsons Group CEO Norman Aquilina points towards the level of employment in the public sector, both directly and indirectly, as part of the Government’s strategy to sustain economic momentum.

“The current strategy being adopted by the Government will at best temporarily mitigate inflationary pressure and maintain a status quo with respect to the tight labour market. To effectively address this situation, we certainly need to adopt a different economic model. Indeed, this was also recently recognised by the Finance Minister himself. One therefore hopes to hear more of this on Monday.”

Norman views an apparent rethinking of the country’s economic strategy by Government as a positive development, “knowing only too well that in the longer term it is the implementation of the right economic policy, and not unsustainable subsidies, that will ultimately generate that lasting economic growth along with improvements in our social well-being.”

Indeed, he calls for Government to move away from overly focusing on short-term gain, as the current economic and social landscape “amply demonstrates”, to looking beyond towards “building a more resilient and sustainable future.”

Noting the risks involved, he adds that “such a model can stumble if interest rates increase, making it more difficult for borrowers to take or service loans”.

He adds that “boosting economic consumption, capital projects – which are badly needed in many areas – and serious concern for the ailing environment must be high on the agenda with money spent wisely and transparently”.

“I hope the day will come when we start thinking strategically and long-term while building a new economic model geared towards high-end products or services. It’s high time we start thinking quality, not quantity.”

Mark was further asked about his views for what he believes the Government’s overall tone should be for the upcoming Budget, to which he calls for an optimistic approach:

“I think the message from this Budget must be one of hope – away from any populist approach and addressing the key stakeholders on the island.

“The tone must challenge and re-examine the quick-buck economic model built in the past decade, which is simple not sustainable.

“We need to aspire to a more circular economy by a serious revamp of our fiscal policy, a serious approach towards restructuring the public service (downsizing, increasing quality of personnel and digitalisation of government entities) coupled with a fresh low tax & tariffs regime and a change in related laws. All these efforts need to stimulate fresh investment.”

Christopher, a Senior Economist by profession, also speaks of the pressing need for Malta’s economy to be “reinvigorated to satisfy the expectations of Malta’s young generation.”

Concerns have been raised after a survey conducted last year revealed the extent to which Malta’s youth would prefer to live and work overseas, exposing the possibility of a future brain-drain for the country and its economy.

“Our economic model needs to reduce its reliance to grow with the employment of the foreign workforce, mostly third country nationals engaged in elementary jobs and construction-related activities.”

He points out that the cost of these activities are clearly seen in the form of traffic congestion, crowded spaces, security issues and further environmental degradation.

“The country is investing millions of annual resources to educate students, who are going to be the only country’s resource of the future. A more educated population brings with it more sophisticated demands and expectations,” he remarks.

On the expected Cost Of Living Adjustment (COLA) for next year, which is expected to almost reach €10, according to Finance Minister Clyde Caruana, the question was raised as to whether all employees, irrespective of their income, should be the recipient of such an adjustment.

Here, Norman points out that the state has announced a special mechanism for the lowest earning employees, apart from the COLA increase. He goes on to claim, however, that overemphasising the COLA mechanism risks “missing the wood for the trees.”

“Of course, one cannot downplay the importance and impact of any statutory COLA increase from both an economic and social perspective, however, I believe the main area of concern is wage growth arising from the tight labour market. This situation is resulting in wage growth which goes way beyond COLA and is more often necessary to not only recruit but also retain one’s employees, hence the importance of Government adopting changes in both its economic model and employment policy,” he shares.

Clarifying, the CEO adds: “Wage growth is not necessarily an outright bad thing as there will be circumstances when it will be amply justified, indeed in some instances to be considered needed and a natural progression, but if it accelerates at a pace which well exceeds productivity levels, it may reach unsustainable levels, and will ultimately end up biting both employers and eventually employees too.

“The extent of this will of course vary according to the business sectors, with some clearly being more cost sensitive than others.”

He says it is therefore “critically important” that such wage growth “does actually dampen inflation and not further fuel it, otherwise, we may enter into a wage-price spiral, apart from the risk of cutting into our competitiveness. This is the area that needs most focus as opposed to overly focussing on the COLA adjustment.