‘Differences within groups are bigger than differences between groups’ – Calvin Cassar

The Merkur eSolutions Malta Ltd HR Manager highlighted how different generations have much more in common than people think. 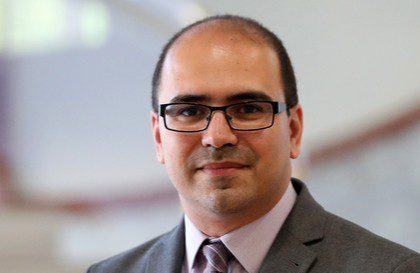 Human resources (HR) specialist Calvin Cassar on Wednesday brought to light how people from different generations are more alike than initially perceived, especially when it comes to choosing one job candidate over another.

“There is a lot being written on the differences between generations, in the outlook to work, and their approach to employment,” the Merkur eSolutions Malta Ltd HR Manager said.

Over recent years, especially following the COVID-19 pandemic, the age group born between 1997 and 2012, commonly referred to as Gen Z, has been in the spotlight for making different workplace demands than older generations. This is especially the case when it comes to a work-life balance, with Gen Z tending to prioritise personal well-being ahead of other factors.

“While not downplaying the importance of social factors – I do not wish to put sociologists and anthropologists out of a job -, and technological developments over time, I do believe that differences within the groups are bigger than differences between groups,” he added.

He remarked that people have a “tendency to compartmentalise and categorise”, leading them to believe that they can “account for differences in behaviours based on a person’s belonging to a category or group”.

“The reality is that we have a lot that is in common with each other, and we are not too genetically different from a fly with a 60 per cent overlap, let alone with other groups of people,” Mr Cassar explained.

He highlighted that over recent years, he had the opportunity to meet some “great, career-driven millennials”, including a youth that wanted to become a “key contributor at the European Central Bank”, and is on her way to do so, along with “well-mannered youngsters who want to do a good job”.

“The key in my view is to have a good selection process in place at our companies, and one which puts attitude before skill when making decisions,” he concluded.

Aside from being HR Manager at Merkur eSolutions Malta, Mr Cassar is also HR Director – Sliema, Lübbeke, Sofia, Thessaloniki at EPG Financial Services Ltd, a role he was entrusted with at the start of 2023 following a year as HR Manager. He has extensive experience within the HR field, having previously served in various HR positions at The General Soft Drinks Co Ltd, Malta Financial Services Authority, Mizzi Motors, FTIAS Ltd, and Konnekt.