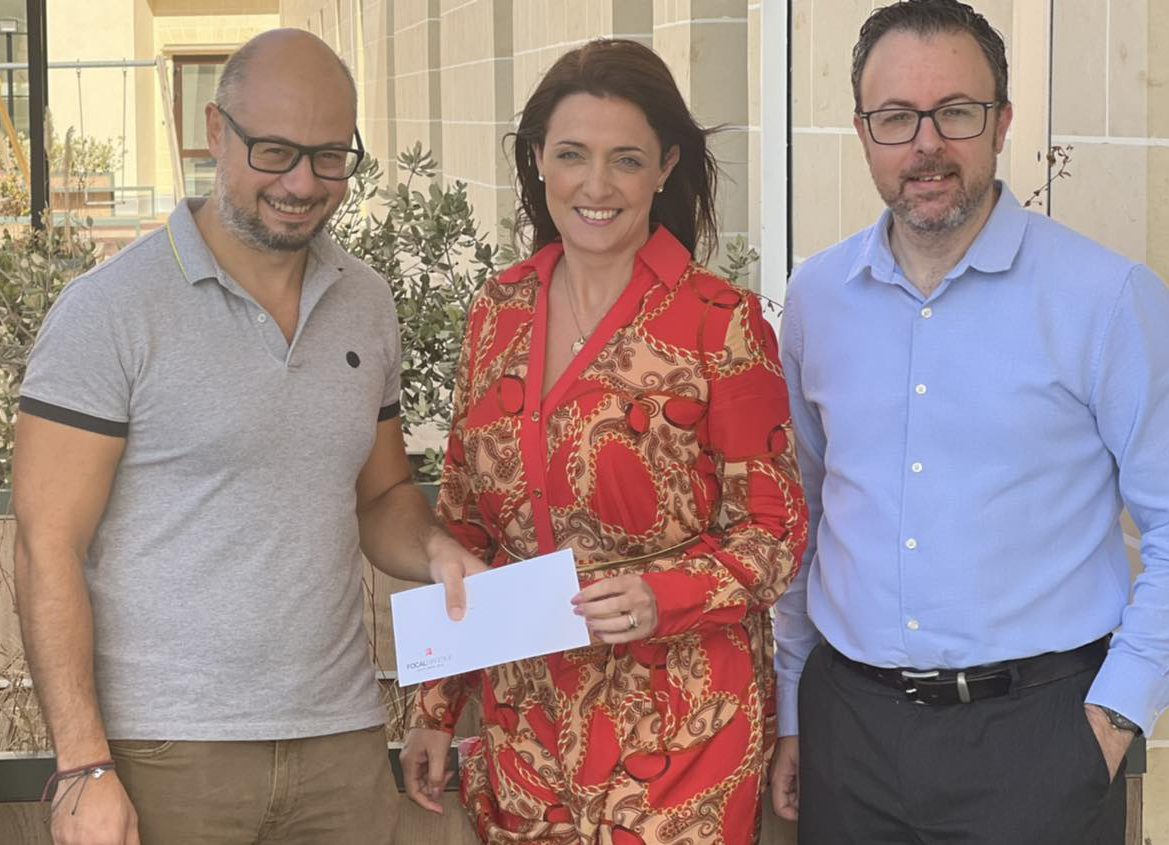 Focal Maritime Services General Managers Silvan Fleri and Anton Xerri feel it is a must to support those in need when business is doing well.

As the company celebrates its 25th year since its inception, explained that they are “proud to extend [their] helping hand to those who either give so much of their time to help those in need or directly to the people who truly need support.”

“Having said that, it’s not just about giving money, it’s about getting together as a team and giving the most priceless gifts of all – time and love,” they added.

While CSR has always been a “vital element” of Focal Maritime’s activities, the company sought to “go the extra mile” as part of its celebrations for its silver anniversary. “Doing good while doing well is an intrinsic part of our culture,” the General Managers stated in this regard.

This year, the company chose to do a little bit more. One of the things they did was to put aside €10 per container booked throughout September. They also hosted a horse-riding event, which brought together management, staff, and their families, along with a number of young children and teenagers who currently reside at Dar San Ġużepp.

Proceeds from these events and activities went towards NGOs such as Puttinu Cares, Hospice Malta, and Dar tal-Providenza.

Focal Maritime is a maritime and logistics company that offers its services through its own resources and extensive network.

Read next: It’s easier to retain talent than to look for new recruits