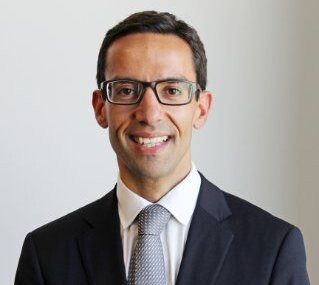 Mr Caruana expressed his excitement at the news of his new role, before adding that he is “looking forward to adding value to this incredible organisation”.

In doing so, he leaves FIMBank plc after 15 years, during which time he served in a number of positions, including Senior Vice President and Head of Business Performance and Analysis, and Team Leader of Financial Reporting and Finance, among others.

“Moving on is never easy,” Mr Caruana said. “Last week I said my goodbyes to my colleagues, and they have been much more than that to me. I consider them as family,” he added.

“FIMBank has been a great employer and a solid platform for me to grow exponentially in my career,” he explained, before thanking everyone at the bank.

Prior to his time at FIMBank, Mr Caruana served as Audit Assistant at accounting and auditing firm Gatt, Galea & Co., a job he worked at during his studies at the Association of Chartered Certified Accountants (ACCA). He was also awarded a Fellowship at ACCA, which is given to members after five years of continuous membership, representing their “extensive experience and long-term commitment to professionalism and ethics”.

Since its establishment in 2008, Fonicom has grown to become a multi-disciplinary ICT solutions company that “empowers business leaders to think bigger and broader”. Its team has extensive experience in systems integration, including servers, storage, networking and security, among others.

Read next: Stefan Farrugia promoted to Head of Data and Analytics at Glitnor Group