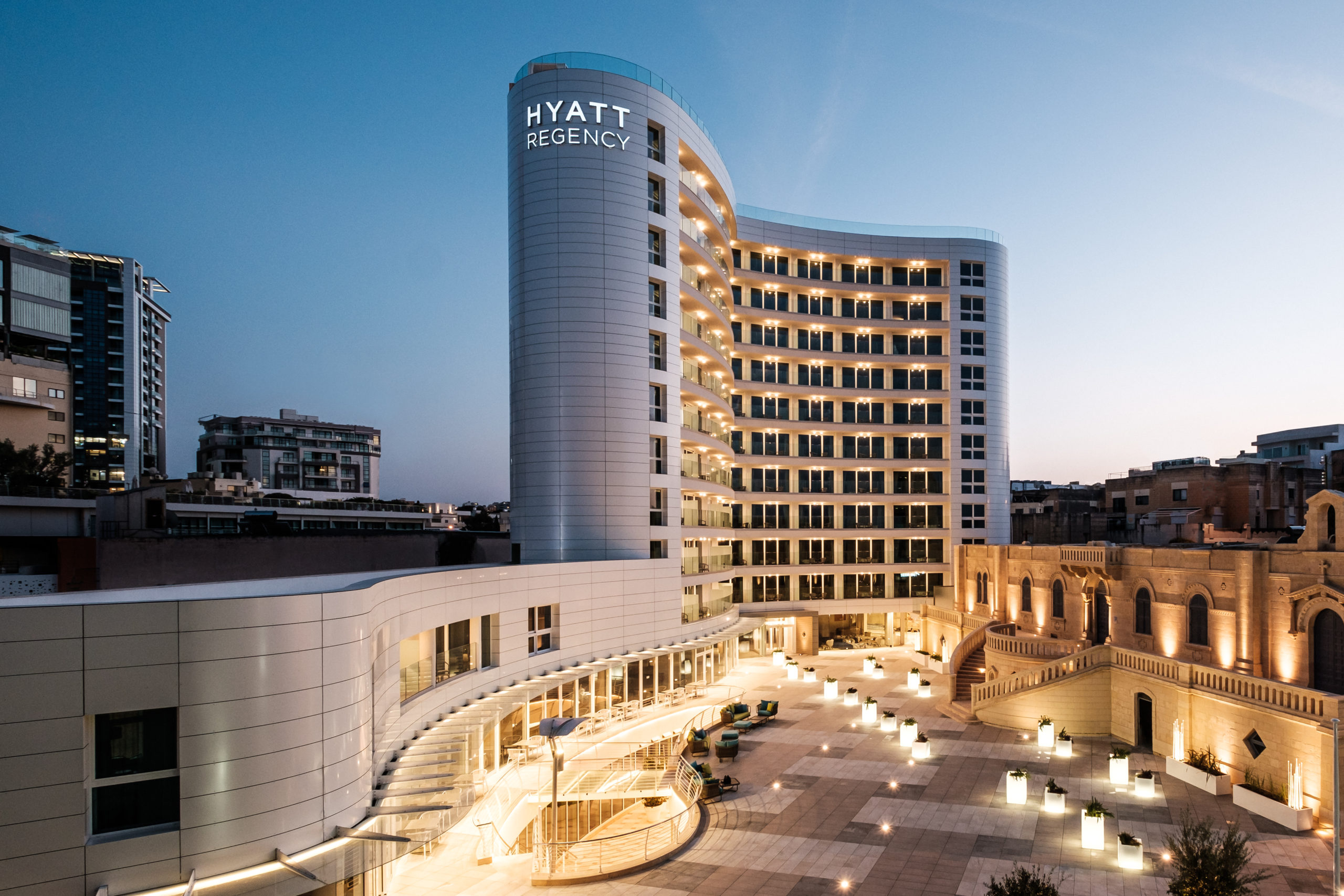 The Hyatt Regency Malta forms part of a chain of hotels specialising in accommodation for business and leisure travel. This is the first Hyatt-branded property to open in Malta.

“We are extremely pleased to celebrate the first anniversary of the opening of The Hyatt Regency Malta – an ambitious project which the Bay Street Group has embarked on against all odds, but to great results,” the hotel’s General Manager, Mark Vella, said.

“We are all too pleased to note that the luxury destination has been going from strength to strength, registering extremely encouraging results in 365 days of operations,” he continued.

Mr Vella went on to note how The Hyatt Regency Malta’s combined ratings from Expedia, Booking.com, and TripAdvisor produce an average score of 9.5

“The Executive Management team which was tasked to open the hotel in the middle of the pandemic is still operational in its entirety,” Bay Street Group CEO Albert Galea noted.

“[This highlights] the Group’s vision that human capital is part of the Group’s asset-base,” Mr Galea concluded.