Claude has served at Malta’s national tourism authority since 1999. 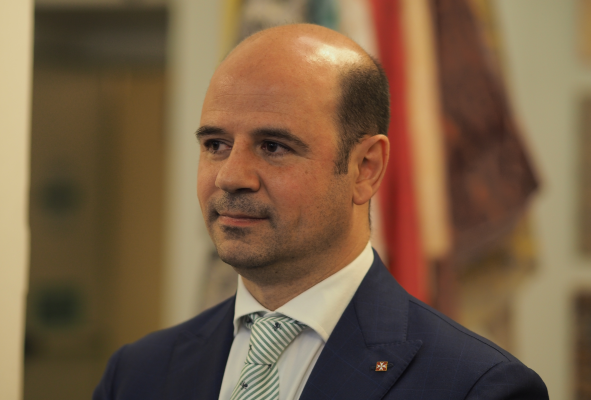 On Monday, the Malta Tourism Authority (MTA) announced the appointment of Claude Zammit Trevisan to the role of Director in France, raking over from Dominic Micallef.

Based in Paris, Mr Zammit Trevisan will lead the team in France while overseeing the execution and the implementation of the Authority’s marketing strategy for the region, working closely with the Marketing department in Malta, to further strengthen France’s position as one of Malta’s main tourism source markets.

Mr Zammit Trevisan joined the MTA in 1999 and has served in its offices in the United Kingdom and Italy, and also in France, where he has previously served as Country Manager at a time when airline connectivity between France and Malta was strengthened, thus resulting in further development of tourism from France as well as double-digit growth. More recently Mr Zammit Trevisan was responsible for business development in emerging geographic markets for Malta, including the Middle East and North African Region, Japan and South Korea.

Over the past four years incoming tourism from France kept increasing at a very encouraging rate, with more than 226,000 tourists visiting between January and October last year, resulting in a six per cent increase when compared to pre-pandemic levels in 2019 – an increase which also manifests itself in number of bed nights and average tourist spend.

Speaking about his appointment, Mr Zammit Trevisan said that he is “delighted to have been appointed Director France at a moment where Malta continues to assert itself as a tourism destination of choice on the French market. Since my departure from France in 2015, outbound tourism to Malta has continued to grow steadily. I inherit a strong team setup, ably led by outgoing director Dominic Micallef. The MTA team has been key to ensure the long-term success of the destination. I am committed to maintain the same momentum and continue our journey to nurture relationships with key tourism players in France.”

“France is one of the main source markets within Malta’s tourism industry. In 2022, the French market registered a record year by the total amount of French visitors that visited the Maltese Islands. These encouraging numbers provide us with a sterling opportunity to solidify Malta’s prospects in the French market for the years to come,” outlined Minister for Tourism Clayton Bartolo.

Speaking of the appointment, MTA CEO Carlo Micallef said: “I am convinced that Claude Zammit Trevisan will continue contributing to the success which we have been seeing from the French market, where his vast experience within the MTA both locally and internationally will definitely play an important role. Having Claude back in Paris leading the team as from today (Monday) will ensure that Malta will be in best position to aim that 2023 will be another record-breaking year for incoming tourism from France, same as 2022, which has exceeded 2019 levels in terms of tourists, bed nights and even average tourist spend. Whilst wishing the very best of luck to Claude, I would also like to take this opportunity to thank outgoing Director Dominic Micallef, for his years of service and I wish him all the very best on his retirement.”