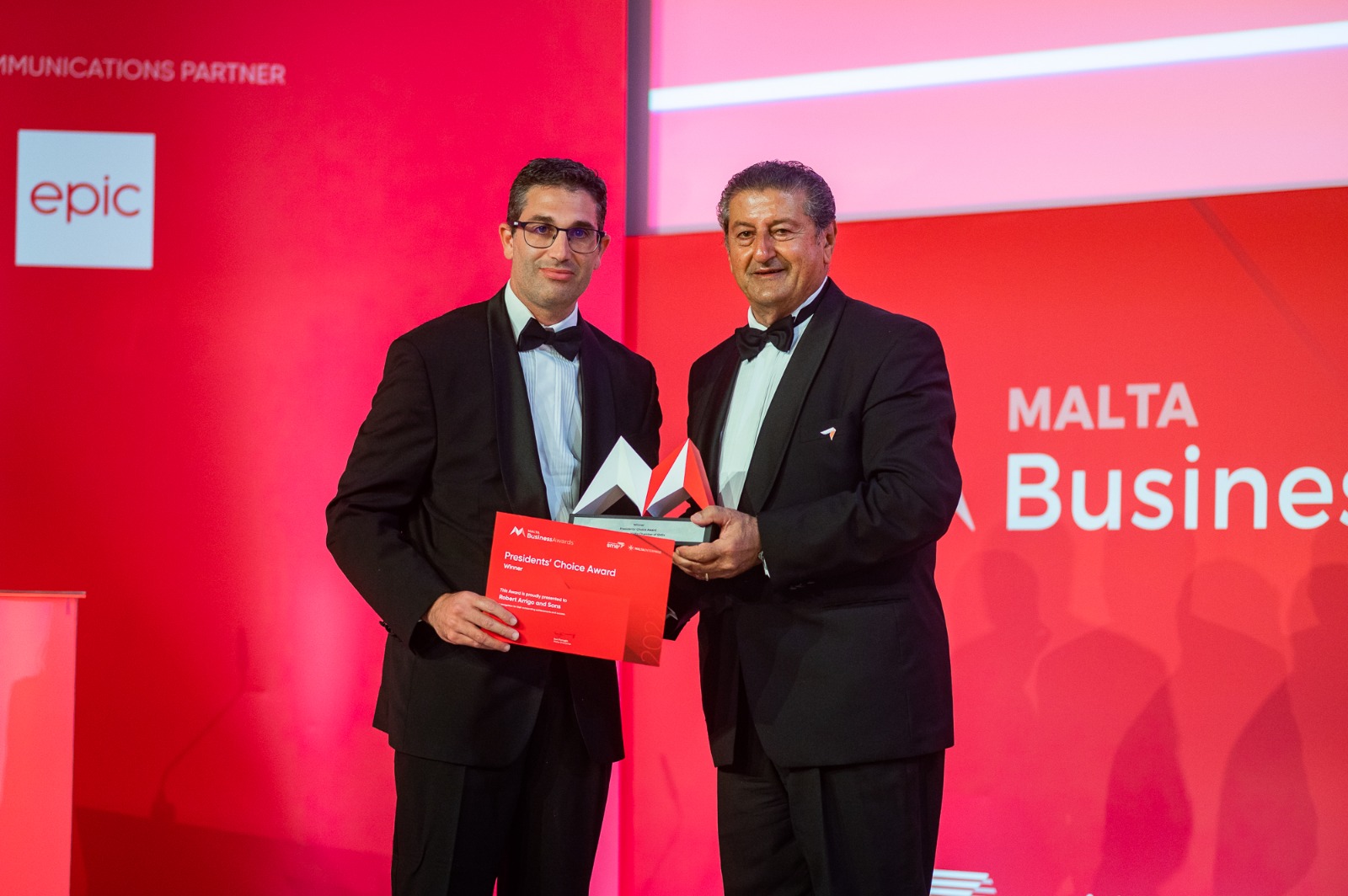 Alan Arrigo, son of Robert Arrigo and co-CEO at destination management company Robert Arrigo & Sons, last Friday received an award on behalf of his late father as a special tribute.

Last Friday, the Malta Chamber of SMEs together with Malta Enterprise held the first edition of the Malta Business Awards at the Mediterranean Conference Centre in Valletta.

As part of the President’s Choice Award, chosen by SME Chamber President Paul Abela, the late Robert Arrigo, a stalwart of the tourism industry in Malta and founder of leading destination management company Robert Arrigo & Sons, was chosen.

The former tourism industry businessman and politician was selected for the award as a special tribute “honouring a genuine and very respectable man”.

Upon receiving the award on behalf of his father, Alan Arrigo was met with loud cheers from the audience, made up of leading organisations, companies and businesses from Malta’s private sector, in what proved to be an emotional moment.

Robert Arrigo, a well-loved and well known individual among business, political and football circles, to name a few, passed away on 18th October after a battle with cancer.

Read next: Daniel Camilleri named Board Member at Intercontinental Grouping of Accountants and Lawyers