Mr Zahra posits that the attraction of a regular work schedule was one trigger for those whose career change was intended to be temporary to opt to make it permanent. 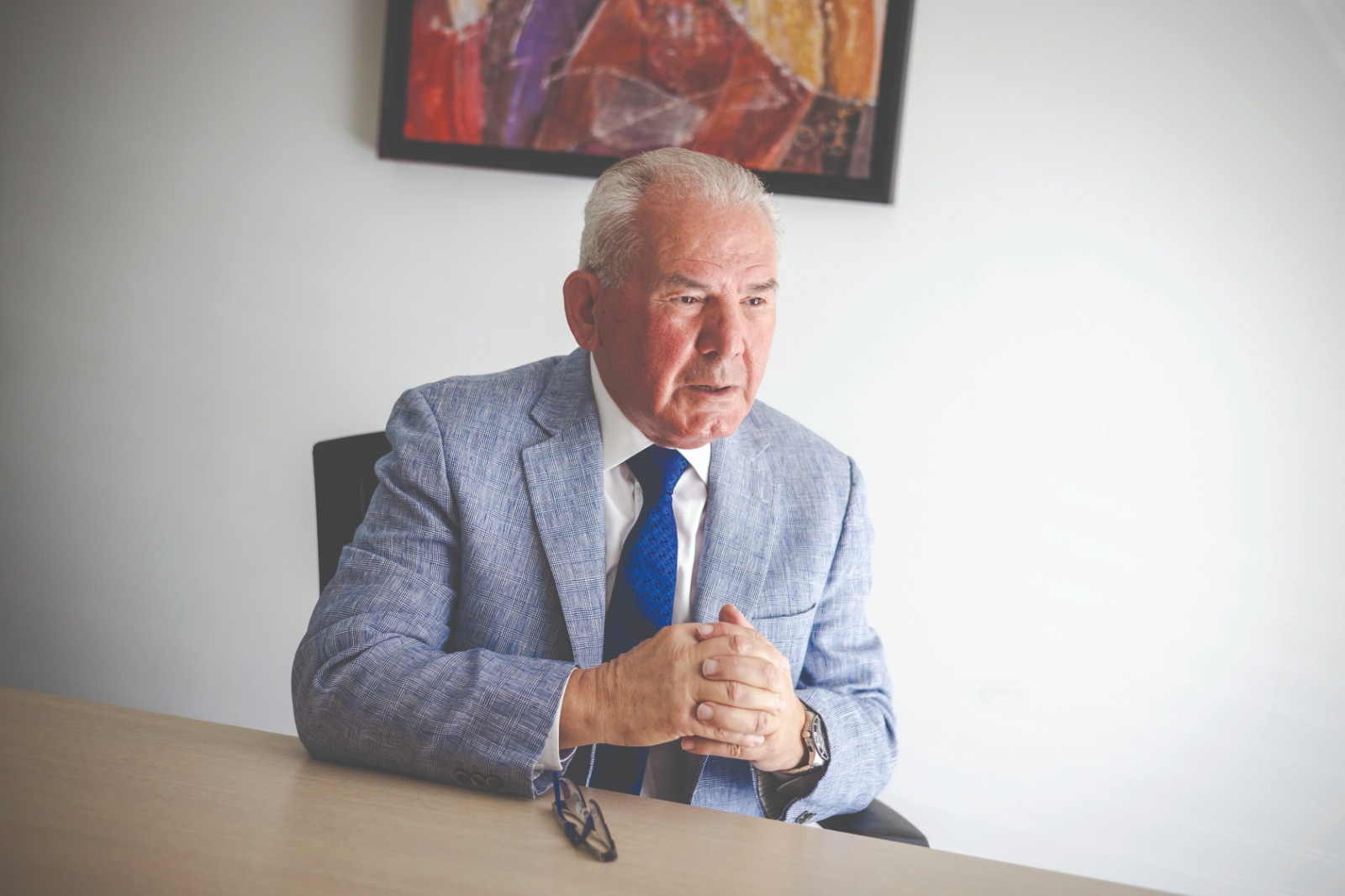 The sight of throngs of tourists wandering through Valletta’s Republic Street was once the norm. Now, after two years of travel restrictions imposed to limit the spread of COVID-19, it is safe to say that those whose livelihoods depend on these tourist arrivals are taking nothing for granted.

With 2021’s stuttering recovery giving way to the full removal of all restrictions in May 2022, businesses in the tourism sector have much to look forward to. And, thanks to Government’s decision to support employment in affected sectors – hospitality being one of the main beneficiaries – local businesses are in a better position to hit the ground running than many feared.

Although the threat posed by COVID-19 remains present, world-class efforts to inoculate Malta’s population have defanged the virus, allowing the industry to turn its attention to serving present needs and predicting future trends in its attempt to stay ahead of the curve.

For Malta Hotels and Restaurants Association President Tony Zahra, the future looks bright. “Malta’s connectivity to source markets is improving. We have not yet reached pre-pandemic levels of airline capacity and flight availability, with around 76 per cent of 2019’s seat capacity, but let’s be honest – we are already a long way there,” he says, while highlighting important distinctions in the mix, like far better connections to Poland and France but fewer seats on UK routes.

Although COVID-19 has seemingly been consigned to history, other ‘known unknowns’ may yet dampen the longed[1]for revitalisation of tourism. “I think we could see a full recovery by next year,” says Mr Zahra. “But that is contingent on factors beyond our control. How is the war in Ukraine going to impact the market? What will people’s disposable income be like with the inflation working itself through the world? A family struggling to keep the heating on during the winter will find it difficult to go on holiday in the summer. We are looking at quite a few known unknowns, making for a very fluid situation. This is not the pre-pandemic period where all economies were expanding.”

Meanwhile, locally, business realities have also changed in important ways, chief among which is the scarcity of workers willing to enter an industry that has seen a fundamental shift in its perceived risk profile. A once-thriving ecosystem full of opportunity became a sector gripped by paralysis and uncertainty over the two years of the pandemic, with the consequence that employees left in droves in search of more secure alternatives.

Mr Zahra posits that the attraction of a regular work schedule was one trigger for those whose career change was intended to be temporary to opt to make it permanent: “It’s nice to be able to work during the week and take weekends off like everybody else.” Another is fear about what may come: “People who left worry and ask, ‘When is the next pandemic?’ It will be difficult to entice them to come back without overcoming this fear factor.”

And with tourist numbers steadily increasing, it is not just one hotel looking for labour, but an entire industry. So, will Malta go back to the way it was? To a place where a guest can come, year after year, to the same hotel and strike up friendships with staff whose presence is as dependable as the weather?

“I don’t think so,” is Mr Zahra’s unflinching answer. “One has to readjust to the realities of life. During the pandemic, there was no travel, no business, and lots of empty rooms. Establishments went into survival mode, being forced to shed staff or reduce salaries. Now, the demand for workers is far higher than the supply of labour in the country, accelerating the employment of staff from outside the European Union, so-called Third Country Nationals (TCNs).”

This comes at a cost, both financial – recruiting workers from the other side of the world does not come cheap – and in the long delay between putting out a call and new team members’ first day on the job, with the deluge of such applications overwhelming the visa approval system. Perhaps even more importantly, such staff often comes without prior hospitality experience, further increasing HR costs due to the training required. This churn is something employers need to deal with, Mr Zahra says, starting with a re-evaluation of the cost of labour.

“We must understand that we are not exceptions in the world of economics. This is a global phenomenon – the price of accommodation in many countries is going up to reflect the need to pay people more to come and work in the industry. You need to compete for the labour that is out there and you need to start by offering a package which is very competitive to what other industries are offering. People will not work out of love. They will work because the conditions in a sector are conducive to a good quality of life.”

The mention of quality prompts a shift in the conversation to the desire, often expressed in political strategy documents on tourism, to boost Malta’s profile as a quality destination. Mr Zahra is sceptical: “There is nothing to indicate we are going in that direction.” Surely, I ask, the recognition of local restaurants by the Michelin guide and the launch of new luxury establishments serve as steps in the right direction? The industry stalwart is not convinced. “Every strategy that I have read,” he says, “can be read in any way you want to read it. They all say they want Malta to attract more upmarket tourism, but they also aim for things that run counter to that objective. It is time for Government to take a global view of the economy and look at what the country’s carrying capacity is” – a task currently being undertaken by the MHRA in the absence of Government initiative

He continues: “You can’t have a quality product and large numbers. They don’t go together. Now, quality people will not come to Malta if there isn’t quality all around. So, we need to have a plan to upgrade the product of Malta, and this plan needs to be all-encompassing.” A narrow focus on improvement in one area alone, then, is not enough, and Mr Zahra scoffs at the idea that high-spending individuals will come to Malta just because authorities say they want them to, while questioning the logic behind the preparation of ‘strategy’ documents that offer no framework for entrepreneurs looking for direction.

Asked for his view on how Malta can improve its tourism product, he says the MHRA has been consistent in its message that quality needs to be imbued into every level of activity. “Quality can exist at a restaurant serving a reasonably inexpensive menu, just as it is found at a Michelin-star restaurant,” he says. “Quality comes from the service and the product on offer.” He recalls a recent morning business flight on the national carrier, on which breakfast included a sausage from a tin. “Where is the quality?” he asks. “If you can’t afford to have a proper meal, then don’t have it. A nice cup of coffee with a good biscuit is enough.”

Other targets for his ire include the cacophony of enclosed canopies that have become a feature of Malta’s streets in tourist areas, and the spread of semi-permanent caravan neighbourhoods that are springing up all over the islands. He argues that policy is playing catch-up to developing realities, with the result that people do whatever they want, creating a hotchpotch environment.

Mr Zahra commends Minister for Tourism Clayton Bartolo’s recent reflection that Malta’s tourism recovery is everyone’s responsibility, and reiterates his exhortation to all stakeholders to start from the basics, by offering good service with a smile. That can be easy for people at the top to say, but client-facing staff often have more pressing concerns than the national reputation. How, then, can owners ensure this message percolates through the management ranks down to every receptionist and waiter?

“It starts from those same owners,” he replies. “Quality starts from the top. Has the owner ever served a cup of coffee? Have they gone around the tables and seen that their clients are well-served? Or have they simply invested money in the place, taken a devil may care attitude, and treated the business like their own personal ATM?”

Mr Zahra argues that quality starts with direction, and that holds true on both a national and enterprise level. “We must make sure that those giving directions are well trained and know what the direction is. Only then can we offer a quality service.” The authorities, he says, can do their bit by simply getting people to follow the law, and calls for a change in the attitude taken towards rule-breakers. “Unfortunately, we cannot speak about enforcement and Malta in the same breath – but that is where our drive for quality must begin.”

Mr Zahra concludes by returning to his call for a holistic look at the country’s economic development and the role tourism has to play: “Malta is tiny. What happens in one part of the island is felt everywhere else. We need to take these things seriously. You cannot neglect one piece of the whole. It’s the whole that makes us special.”

Read next: How to identify self-limiting beliefs to move out of your own way and reach your full potential