The Heritage Malta CEO reveals his leadership values, and what makes the difference between being boss and a leader. 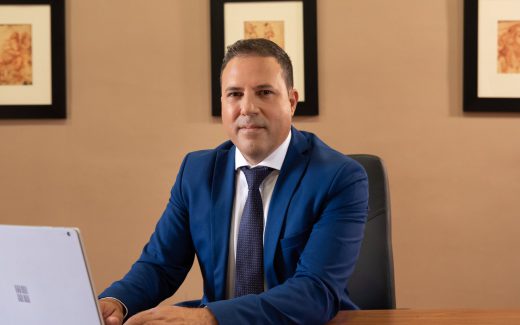 “CEOs are needed to inspire enthusiasm, provide direction and motivate people towards specific goals,” says Noel Zammit, CEO of Heritage Malta, the Maltese national agency for museums, conservation practice and cultural heritage. “All goals must converge with an overarching strategy and such should set guiding principles for all divisions and departments.”

A big part of the role, he says, is making the right decisions, and to that, it is crucial to be a good listener. “A CEO needs to consult widely with the members of the organisation who will be affected by the decisions or actions of the leader, and from there, a collaboratively informed set of actions can be applied,” he asserts, noting that, in cases where views are inconsistent, the leader (or CEO) has to weigh up all the information in order to make the most relevant and effective decision.

“A good CEO ensures the best balance between efficiency and effectiveness,” he continues, highlighting that “the best way to achieve this is for the CEO to inspire, engage and energise the teams and leaders.”

Noel’s professional career began as a software engineer in Malta and the United Kingdom, where he provided development solutions to multinationals. Upon returning to the island, he worked within the Malta Centre for Restoration until it was ultimately absorbed by Heritage Malta. Gradually climbing up the ranks, moving through IT, finance, marketing and business development, he was appointed CEO in 2017.

Describing himself as a believer in people-centred leadership, his focus is on the development of people, so that they can perform to the best of their ability regardless of the task in question. “It often involves developing skills and competencies in colleagues, as well as developing their confidence and responsibility to afford autonomy and emotional investment in pursuit of the goals of the organisation,” he says, highlighting the importance of promoting empowerment while continuously challenging the status quo.

“As a leader I try my best to exhibit intellectual stimulation. In other words, I instigate colleagues to be innovative and creative; encourage them to develop their own structures for solving problems and make sure that creativity is welcomed, and mistakes are not criticised,” he maintains, asserting that empowerment is key, as it fosters trust and accountability while ensuring that management engages in professional development of the team where there is lack of skills. “A good leader will implement change continuously while putting people at the centre of the change management process,” Noel says.

Arguing that an absence of leadership may result in inefficiency or a complete lack of strategy and direction, the CEO highlights that at the same time, leadership is not about bullying people into doing what you want them to do. “Leadership means inspiring people to follow and be loyal to the strategy and mission. Good leadership triggers trust and paves the way for employees to walk the extra mile when required,” he explains, arguing that aggressive and antagonistic approaches to managing people are usually counterproductive. “At best, this type of leadership might get the immediate job done. At worst, it demotivates staff, which leads to failure,” he says.

The difference between a leader and a boss

“While a boss drives people, as a leader I coach them.

While a boss inspires fear, as leader I endeavour to inspire enthusiasm.

Read next: CEO Luke Frendo’s award-winning Grocerly is reinventing the way we shop