Can Millennial leaders party? Thoughts in defense of Sanna Marin

‘What upsets people is not things themselves, but their judgments about these things.’ – Epictetus 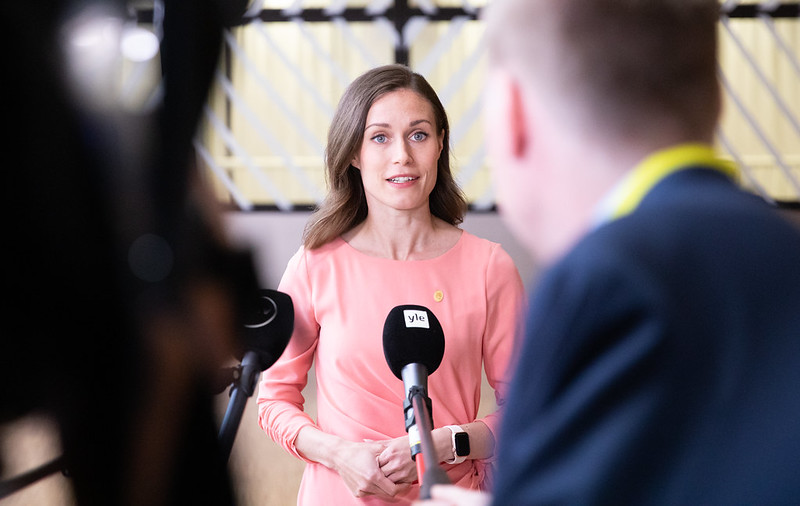 “I don’t want to come with you to that party, there might be people who could be my clients in the future, I wouldn’t want them to see me at a rave”.

I’ve heard this argument a few times, and I never really got it.

I might be a bit too hard-headed, but I believe in total transparency with regards to who you are as a person and how you like to spend your free time.

Sanna Marin, the 36-year-old prime minister of Finland, happens to be the latter. And while I wouldn’t have chosen to listen to the songs she listened to, I cannot get the outrage behind the videos of her partying emerging.

People judge Churchill positively, and mention his drinking habits endearingly, because they judge him on his legacy, no matter how questionable that might be.

But we tend to have double standards when it comes to the behaviour of millennials.

You probably all know about the Sanna Marin debacle by now, Finland’s young prime minister, who happens to be a woman. Videos of her partying have been released, and the press made a meal of them.

If I were to judge her by the videos, I’d say that her parties are quite benign. But that’s just me.

Which brings me to the next part of my argument.

As long as she was not breaking the law, Sanna Marin has the right to do whatever the hell she wants to do on her night off.

Would it have been OK if she spent her night off doing the laundry instead? Did people expect her to go back to her home and clean all night? Was she meant to be in her children’s bedroom, putting them to sleep?

Why does our society judge people’s behavior based on their own? Why is it OK for Sanna Marin to spend an evening off reading a book but not partying with friends?

And, more importantly, why do leaders not deserve down-time?

This is secondary as an issue, but it’s also central to the discussion around the videos. People criticised her for partying as the country is in a crisis. A crisis that has been going on for months.

News flash. Sanna Marin is human. She needs a break, and so does every other leader in the world, no matter whether they’re leading a country or a grocery store. We need breaks because we need to recharge, and just because we’re going through a crisis it doesn’t mean that if we work all the time we’ll solve it quicker.

When our agency was going through its hardest phases, sometimes on the brink of its very existence, I took the most time off ever. I made it a point to not work in the weekends and to take day-long walks listening to books that have nothing to do with the problems at hand.

That was how I got the energy and the inspiration to tackle the problems next week.

And Sanna Marin needs that downtime with her friends without being asked to justify her behaviour.

But we all know the truth, if Sanna was 60 years old and was dancing awkwardly no one would have batted an eyelid. If she was a man we’d all be celebrating with her, telling the world that he’s a great sport.

But she’s a woman, and even if she’s the prime minister of her country, she’s always going to be seen by some as someone who should behave in certain ways, ways that don’t threaten the world-view of troglodytes.