The donation was presented to Agenzija Appogg’s Director for Alternative Care (Children and Youths), Remenda Grech. 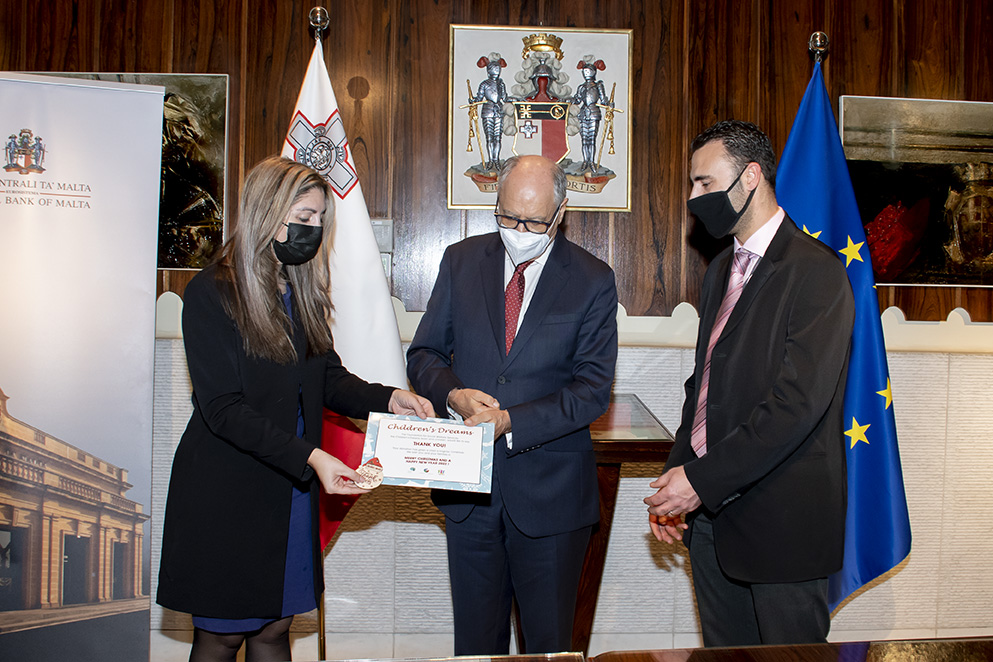 Prof. Edward Scicluna, Governor of the Central Bank of Malta, presented six laptops to Agenzija Appogg as part of the Children’s Dreams Campaign 2021.

Said campaign is held in collaboration with the Foundation for Social Welfare Service, which incorporates Agenzija Appogg, Agenzija Sedqa, and Leap.

Prof. Scicluna presented the donation on behalf of the Central Bank of Malta Staff Social Club.

Through this contribution, the club wishes to support adolescents whose families are undergoing financial difficulties and social exclusion and wish to pursue their studies in secondary and post-secondary institutions.

The laptops were presented to Remenda Grech, the Director for Alternative Care (Children and Youths) within Agenzija Appogg.

Prof. Scicluna acknowledged the generous commitment of the bank’s Staff Social Club and affirmed the bank’s continued support for such initiatives.

This initiative is part of the Central Bank of Malta’s holistic social responsibility programme, which, amongst other things, includes regular blood donation activities and donations to charitable institutions.

Read next: ‘There is no urban vision, no desire to make something beautiful,’ AP Valletta Director warns