The twinning agreement is between the city of Piazza Armerina and St. Julian’s. 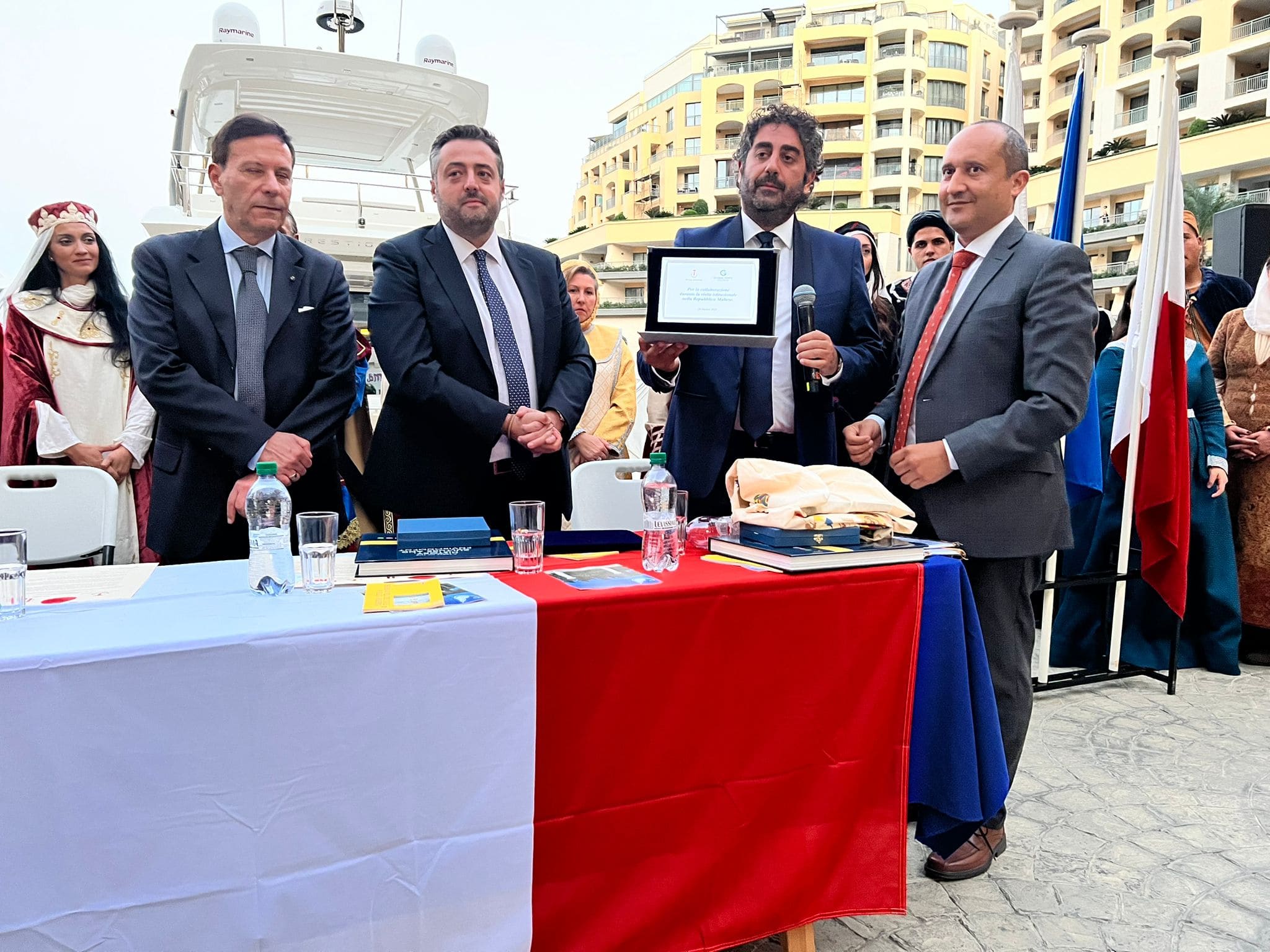 Stephen Xuereb, COO of Global Ports Holding and CEO of Valletta Cruise Port was present for a cultural twinning agreement signing between the city of Piazza Armerina, Sicily and St. Julian’s, Malta.

Speaking of the agreement, Mr Xuereb states that “it is a pleasure to see this twinning agreement being signed in Malta,” adding that “through the Catania Cruise Port we work very closely with the tourism councillor of Piazza Armerina, Ettore Messina, with further ground for collaboration through the Global Ports Holding network.”

“Seeing this authentic experience in Malta is testament to this collaboration,” Mr Xuereb concluded.

The ceremony was conducted in the presence of the Italian Ambassador to Malta, the Mayor of St. Julian’s and representatives of Maltese authorities. It was followed by a lively display by the Palio dei Normanni that was held on the Valletta Cruise Port quays on Sunday afternoon.

The Palio dei Normanni is a medieval celebration in memory of the Holy War against Muslims, which led to the liberation of the city. Around 600 people from FIGS (Federazione Italiana Giochi Storici) take part in this historical re-enactment.

Read next: It can get lonely at the top – Malta’s CEOs open up