She earmarked the key issues businesses in the local economy face during a speech on Tuesday. 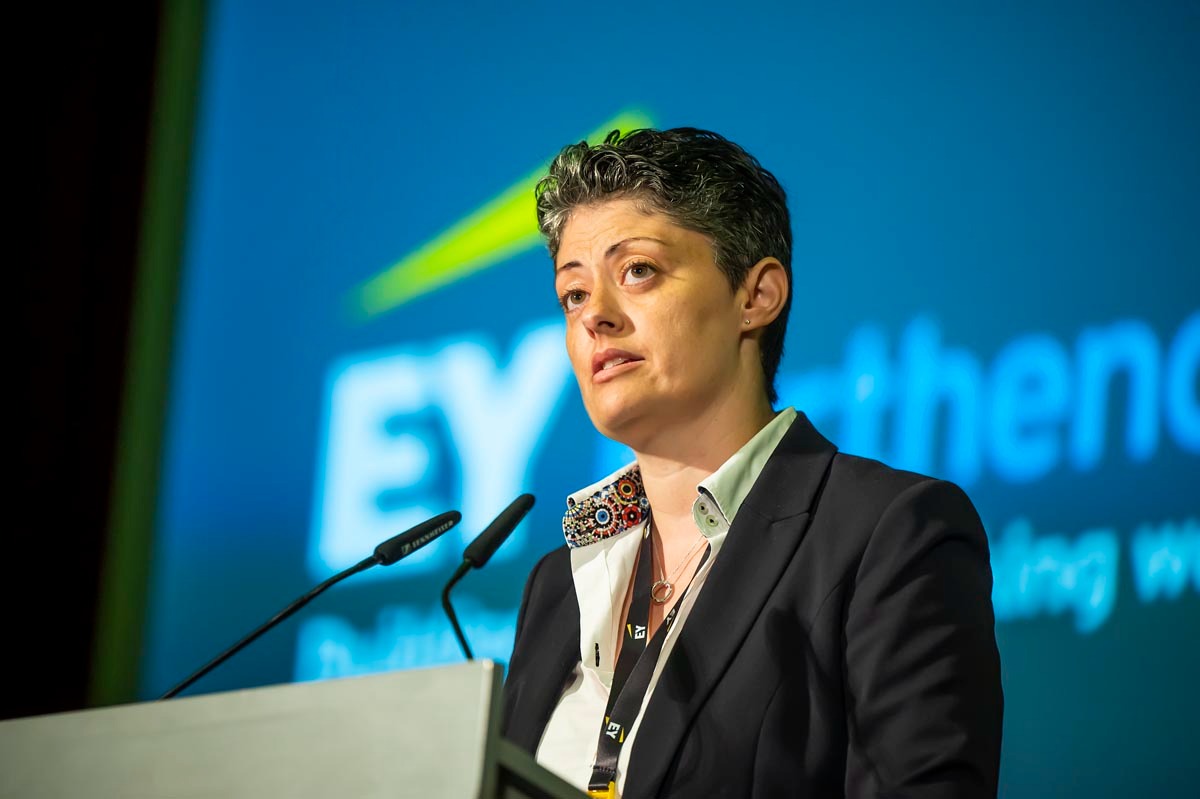 The Malta Chamber President Marisa Xuereb has highlighted the “key role” that foreign direct investment has in Malta’s process of economic transformation to improve productivity and move up the economic value chain.

During a speech in the EY Parthenon Malta Future Realised Conference 2022, Ms Xuereb emphasised how despite Malta’s small size with a lack of natural resources, the degree of diversification of sectors in the local economy is “quite remarkable for a micro island state”.

However, she still outlined a number of key issues that businesses in the local economy face, particularly when it comes to guaranteeing “a capable workforce going forward”.

“Legitimate business is about hard work and smart ideas. It requires capable people,” she said, before adding that “human resource shortages have been a mounting concern for several years”. As Malta’s economy continues to grow and demand for labour increases, new entrants into the labour market cannot fill the gaps left by the number of people who retire and the increasing demand for more complex skills sets, she explained. This has been substantiated further by plateaued increases in female participation, as well as “the declining birth rate coupled with the eagerness of young graduates to seek greener pastures overseas”, which has made it “very difficult” for businesses to recruit locally. Additionally, international competition for third country national workers has also made it “harder to recruit and retain capable foreign workers”.

“There is also a realisation that our infrastructure cannot cope with an ever-increasing population, and the pressures of this are seriously compromising our quality of life,” Ms Xuereb said. Such factors all seem to be “pointing in the direction of a major rethink of the way our economy functions – how can we do more with less people, and how can what we do be of higher value”, hence increasing productivity and moving up the economic value chain.

“Foreign direct investment has a key role to play in the process of economic transformation that we need to embark on to achieve these goals,” she added. Ms Xuereb outlined investment in all types of technology, including that in the manufacturing industry and medical sector, as a focus for the local economy, and the pace of which will be highly dependent on attracting foreign investors and fostering “synergies with existing technology companies”.

While the COVID-19 pandemic and the war in Ukraine, along with the latter’s ensuing energy crisis, have led to major economic challenges in the EU, she remarked that “climate change remains the biggest long-term threat to human life as we know it”. The EU has given a green transition greater importance in recent legislative developments, something businesses must align their investment plans to “benefit from the funding support available at present, and to avoid being subject to green taxes, whether directly or indirectly, in the future”.

“Admittedly, there is still quite a bit of confusion in the air triggered by the very bold attempt to address the pressing priority of decarbonisation through a very broad ESG-reporting framework that is highly susceptible to bureaucratic overkill, and risks shifting the focus away from the real carbon footprint of business activities to the asset-pricing interests of large corporates,” Mr Xuereb explained.

The current geopolitical uncertainties have sharply impacted businesses, but there have also been players in the energy supply chain that have benefitted from supernormal profits. While the EU has thought of taxing such profits to subsidise energy costs for low-income earners and businesses at risk, Ms Xuereb brought up the suggestion that the investment of those profits could be incentivised into renewable energy infrastructure that would “help accelerate the green transition and reduce energy dependency risks in the future”.

These challenges also present Europe with the opportunity to rebuild some of the productive capacity it has lost in recent decades to “cheaper, less regulated markets, primarily in Asia”. Risk management was brought to the forefront once again through the pandemic, and it has become “key to survival with the invasion of Ukraine”, leading to near-shoring and reshoring becoming “topics of serious conversation,” she added. However, these will be dependent on the EU finding a balance between carbon-reduction targets and its support of the manufacturing industry amid spiralling energy costs.

“Economic growth is a universal measure of prosperity”, and while it may not reflect the distribution of wealth and income, people’s quality of life and the economy’s sustainability, “the real anomaly arises when accelerated economic growth actually results in more pronounced wealth and income disparities, a deterioration in the quality of life of people and unsustainable use of finite natural resources,” Ms Xuereb said. She remarked that some of these instances have happened in recent years, indicating that “the way we achieve that growth is what really matters”.

She stated that in The Malta Chamber’s economic vision for Malta 2020-2025, which was published a few years ago, human capital, digitalisation, sustainability and good governance were seen as the four pillars of Malta’s economic growth, and if one of these four are weak, “long-term prosperity will be compromised”.

While progress in digitalisation and good governance has been made, Ms Xuereb remarked that human capital and sustainability remain “challenging”. She added that these can be alleviated by a focus on the benefits of “society at large rather than the individual”, which can only be achieved through increased education and a “radical change in our value set”. The Malta Chamber believes that this will be driven by investment in infrastructure and green technology that will continue to improve Malta’s attractiveness to “future-minded investors, more discerning customers and better educated human resources that are highly mobile and value sustainability”.

“Very interesting times lie ahead. The challenges are great for everyone. Let us use our strengths well and work hard to address our major weaknesses, so that we can turn the present threats into opportunities for a more resilient future,” she concluded.

Ms Xuereb has served as President at The Malta Chamber since April 2021, bringing her array of experience as Managing Director of German-owned manufacturing company Raesch Quarz (Malta) Ltd and Director at Malta Enterprise, to the organisation.