‘If you truly believe in something, preach it, and then do it’ – Robert Ancilleri

In this instalment of 50 Business Leaders, Embark’s CEO reveals the importance of a positive mindset, and how opportunities can be found where you least expect them. 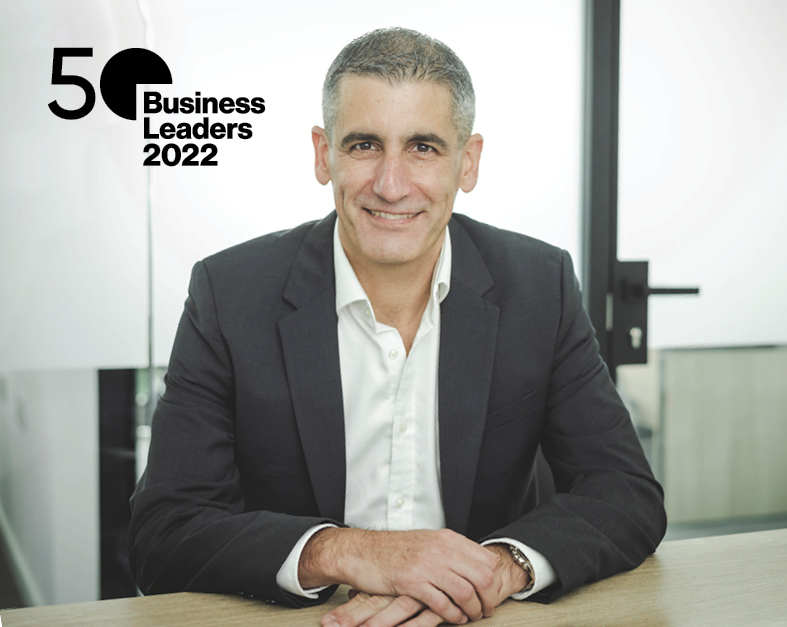 An accountant and auditor by profession, Robert Ancilleri recalls how he set about carving a formidable career within the financial services industry before making the decision to start his own business.

After graduating, Robert began working in practice with MSD&Co., representatives of Arthur Anderson, which was one of the Big Six accounting and audit firms at the time. When the global company went bust, the local team merged with Ernst and Young.  After some five years in practice, Robert made what he considers to be the first notable milestone in his career: a move to banking.

“I started with two small banks, a Turkish bank and an Austrian bank. Then, in 2007, I was invited to join a team to set up Banif Bank. This was quite a challenge, because as soon as we started the project, the financial crisis came about and all hell broke loose,” he recalls, explaining that they had to establish themselves in the market during a time of crisis. “We managed, and what today is BNF is one of the important retail banks on the island,” he says.

Robert would go on to leave Banif in 2014 to join HSBC, when an opportunity came along to join as Chief Accountant. He was there for four years, but admits to always having a dream to build something of his own. Before long, he decided it was time to take the plunge. “I was 44 years old, and I thought, if I don’t do it now, I never will,” he smiles, recalling how he set up Embark in 2018.

“Embark is an accounting and advisory firm offering services, primarily to regulated and listed entities. My past experience and knowledge in financial services obviously helps in this respect. We are now a team of seven, soon to be eight, and are working on growing our umbrella of services,” he explains, delving into his company’s service offering.

“Initially, I started with one, anchor client, for whom I set up a regulatory arm. Beyond that, I wanted to develop a plethora of services in the financial services industry, and that’s what we have been working towards since,” he maintains, adding that things have been evolving slowly, but steadily.

“It has always been my drive to grow steadily but at a gradual pace. I’m obsessed with quality, so I want to deliver services which are of good quality. Working alongside certain businesses is very rewarding, so that relationship, to me, is very important. It’s not just about sending out someone to do a job – I like to be involved in all the major assignments that we have,” Robert reveals.

Of course, his business journey has not been without its complications, but the CEO likes to take these in his stride. “This may sound strange, but I love crises. Crises always have a way of bringing out the best in people. For example, a year after I launched Embark, COVID-19 came about, but as a result, it made people work in different manners and pushed them to digitalise their business processes; and we saw a lot of good progress in that respect,” he maintains, going further to see a silver lining in Malta’s greylisting by the FATF.

“I think the greylisting is something which we needed in order to get serious about making certain reforms. It brought us to our senses; that certain things are not on, and the culture of ‘uijja’ and everything goes is not acceptable any more,” Robert notes, championing the importance of taking the positive from the negative.

“Even when it comes to the Ukraine conflict, it has pushed people to think of different ways of sourcing their raw materials and energy, and not being dependent on a particular territory or country. It obviously has its challenges, and we are going to feel the pinch more in the coming months, but I think a lot of good can also come out of all this.”

Moving on to what’s currently keeping the team busy at Embark, Robert outlines three major initiatives for the year, one of which has just been finalised: their move to Trident Park last April. “It’s a lovely project, and I was intrigued the moment I started speaking with the CEO,” he maintains, praising how the development beautifully combines the history of the country – with the brewery being one of the first iconic industrial landmarks on the island – with environmentally friendly credentials. “It also helps us give whoever works at Embark a balanced lifestyle – after all, it’s not all about work! It offers a more complete package than traditional office spaces,” he explains.

The second pillar, or initiative, is a recent collaboration with a Fintech and Regtech company from Cyprus, through Compliance 360 Limited, which is a fully owned subsidiary of Embark. “We’re working with them on a number of solutions which will complement our service proposition. We launched these a few weeks ago and are currently implementing the marketing plan,” he says.

The third aspect of Robert’s business plan for this year is all about growth. “We want to grow to become a relevant brand in the market by offering something different and establishing good relationships with our clients, understanding their needs and coming up with the best solution at a reasonable price. It’s not easy nowadays, with resources becoming all the more difficult to find, but I believe it is doable,” the CEO says.

Sharing his views on his most valued leadership qualities, Robert believes that direction and drive are of utmost importance to any leader. “A person who has a vision of where he wants to take his team or organisation, coupled with the drive to do that, is key. Any leader who does not have those qualities will not make it, in my view,” he says, going on to list leading by example, as well as understanding your people and helping them to develop as further requirements. “A good leader is also able to bring out the good qualities of those around them.”

Meanwhile, a valuable lesson he’s learned along the way is the importance of decisiveness. “When you make decisions, you make both bad and good ones. I was, in the past, hesitant to make certain decisions, but this hesitancy is in itself a bad decision.”

Looking ahead at his plans for Embark throughout 2022 and beyond, Robert says that the opportunities are many, starting with brand awareness. “In the sector, people know my name but not Embark and the brands associated with it, and that is something we’re working on. In the regulated space, we’re focusing on helping clients to remediate and digitise their operations. The opportunities there are huge. Then, in terms of governance, we need to show businesses that there’s a lot to be done in ensuring good governance at all levels… again, the opportunities are there,” he maintains.

“We will keep focusing on helping regulated entities get more acquainted with the sector – regulations are going to increase, and what we tell businesses is that if you think that compliance with all these regulations is costly, try non-compliance! You need to invest and really make the most out of having a business that is aligned with the regulations so that you can add value to your clients,” Robert notes.

Ending our chat with one final word of advice for aspiring leaders, the CEO draws on his positive nature. “My advice is to make sure that your positivity is transmitted across all levels of your organisation, because the results you see when people are working in a relaxed and positive environment speak for themselves. It works miracles.” 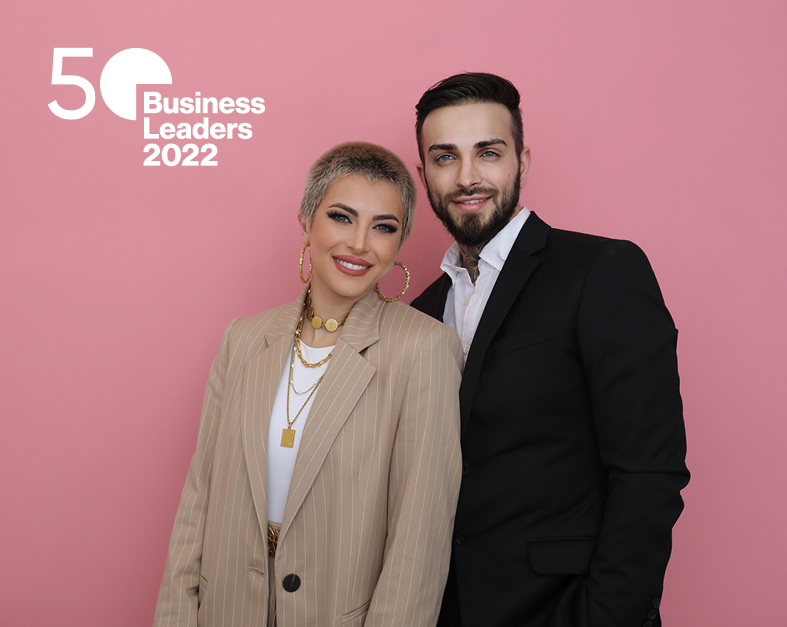 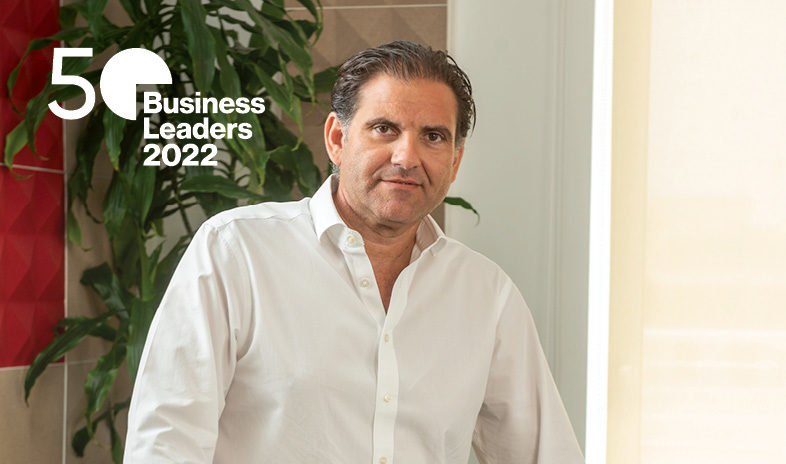 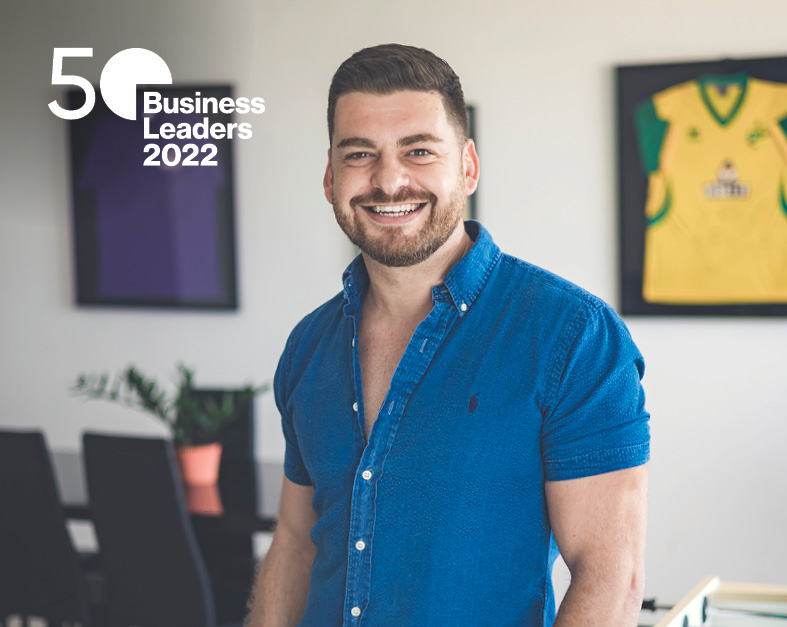 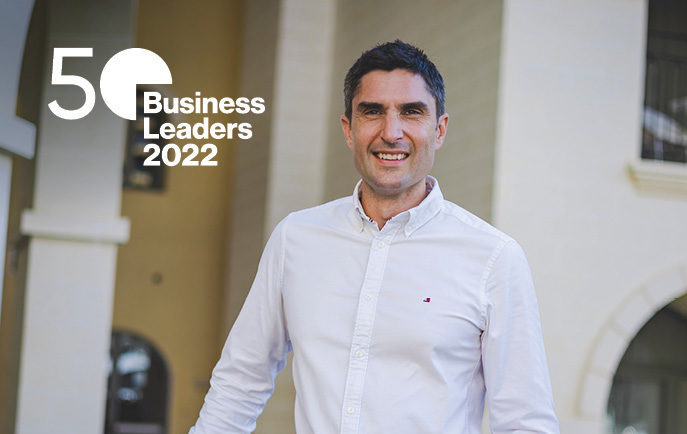