Until that dream becomes a reality, Richard’s set on making the most out of the festive period and, more importantly, Christmas day… 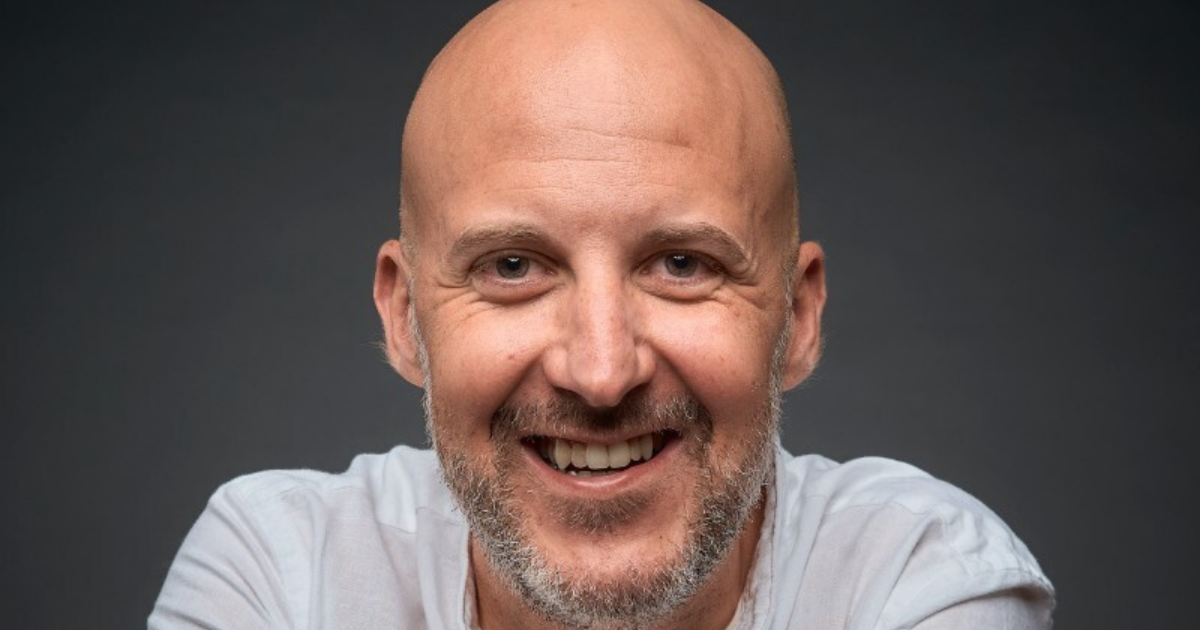 The number one thing that sets Christmastime apart from pretty much any other festive period is the sheer amount of quality time it allows its celebrants to enjoy.

It’s only because of this seasonal benefit that this highly-anticipated occasion has become synonymous with the elements of life that matter most – family, love, and unity.

But as enjoyable as this period might be, Switch CEO Richard Muscat Azzopardi is a firm believer that we shouldn’t wait for Christmastime to appreciate the things that, essentially, make us human…

That’s why he’s now working tirelessly to offer his employees ‘the Christmas gift he’d be proudest to give’ – the three-day weekend.

“If we can give each and every member of Switch 52 extra days off per year, that’s a gift I’d be genuinely proud of giving,” he tells MaltaCEOs.mt.

Until that dream becomes a reality, however, Richard’s set on making the most out of the festive period and, more importantly, Christmas day.

“We don’t have a specific Christmas day routine. As a family we tend to leave the island most years, so spending Christmas in Malta is quite a new phenomenon for me,” the CEO notes.

“Over the past few years, however, my wife and I have been creating some small Christmas traditions that I’ve come to look forward to. We set up Christmas stockings and she bakes gingerbread that’s to die for. So I guess I’m going to spend my Christmas increasing how much I run,” he laughs.

This period’s particularly important for Richard because of its strategic calendar placement, making it possible for one to reflect about the past year whilst preparing for what the following year might bring with it.

“There were some extremely challenging months around the second lockdown in the beginning of the year, but to be honest we were far better prepared for this than we were the first time around, and so were many of our clients. I still think that’s the hardest part of the year, but I wouldn’t call it my least favourite. It’s been a good year overall,” he recalls.

“On a personal level, I got married in September, and the day was definitely the highlight of the year. It went through a range of emotions, so I can tell you with absolute certainty that the worst moment of 2021 was around 11.40 am on September 4th, when a freak storm hit Malta just a few hours before our (outdoor) wedding was meant to start,” he continues.

Having said that, it wasn’t long before things made a turn for the better…

“The best moments of 2021 were the ones that followed. My friends and brother all pitched in to help make the best of what we had, and by the time the wedding was ready to start we were back on track for one of the most beautiful days I can remember,” Richard says.

As the Switch CEO winds down from the year’s ups and down, he takes a second to prepare himself for what 2022 might bring along.

On a personal level, Richard’s not a big fan of New Year’s resolutions.

“A New Year resolution, in my mind, is something you do for a month or so, not really worth the effort. I prefer to set new year targets, both on a personal level and on a business level, because these give me a place I want to be at by the end of the year, not a place I want to start off at in the beginning of the year,” he notes.

“I have personal targets for running times, I’d like to improve my Half Marathon speed and I hope to shave a couple of minutes off my fastest 10K – both of which are embarrassingly slow for seasoned runners,” he giggles.

In the capacity of CEO, Richard says that he’s worked with his team to set a number of goals for the agency.

“By the end of 2022 we aim to have a set of processes in place that will take Switch ever closer to its goal of being a truly world-class agency that’s inhabited by happy people,” Richard forecasts.

These goals are even more pertinent when considering what Richard’s envisioning 2022 to bring along to the media, marketing, and advertising industry.

For starters, the Switch CEO believes that “activism is becoming more important for consumers. Brands can no longer cheat their way by faking CSR. Consumers are rewarding brands that take a stance and act upon it, and they’ll punish brands who just use causes for posturing.”

Richard also predicts that the notion of data ownership is set to make a major comeback in the coming months – and with reason.

“Privacy is at its highest point ever, cookies are being slowly eradicated, tracking is becoming much harder, the big marketing platforms – so Facebook, Google, and Apple – have stopped playing nice with each other. Brands have to take the initiative to own their own data, once again,” he forecasts.

Even though many seem positive that, should COVID-19 persist for a bit longer, we will still be able to go about our lives in a ‘normal’ manner, Richard’s convinced that 2022 will bring with it “a much bigger pickup of hybrid events and experiences.”

“Life will not happen only online, nor will it only happen virtually. Brands who win will be the ones who make it possible for people to get an excellent hybrid experience,” he says.

Before parting ways with Richard, we couldn’t help but ask him what he considers to be the most important lesson 2021 has taught him. This is what he had to say:

“The only constant in life is change. 2021 did not teach me this, but it did a great job of highlighting it. There was a false hope towards the end of 2020 that once the year is over 2021 would somehow, magically, bring stability. It did not. 2021 has really pressed home the issue that we need to be ready to adapt at the drop of a hat, and we’ve been setting ourselves up, one day at a time, to really focus on this going forward.”

This interview forms part of a series by MaltaCEOs.mt that catches up with the country’s business leaders to get a glimpse of how they’ll be celebrating this holiday season.

Read next: ‘2022 is going to be a big year’ – Giselle Borg Olivier celebrates two senior appointments