‘The roots of what Teva Malta is today trace back to 1976,’ – Site Managing Director Patrick Cachia

Counted among the largest pharmaceutical companies in the world, Teva Pharmaceutical Industries employs over 400 people at its Malta site. 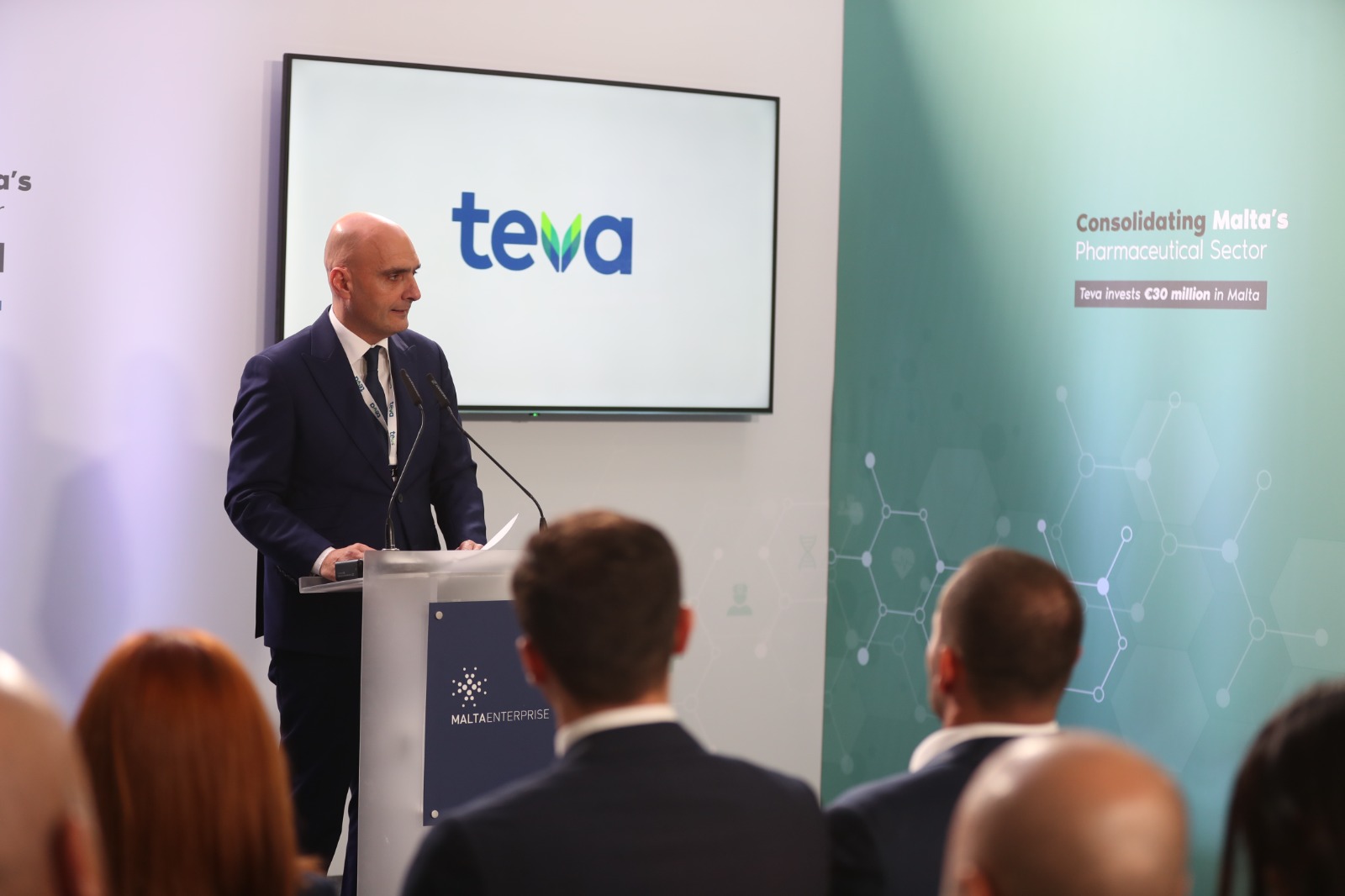 On the occasion of being visited by Prime Minister Robert Abela on Wednesday, Teva Malta’s Site Managing Director, Patrick Cachia, shed light on the pharmaceutical manufacturing company’s history on the island.

“The roots of what Teva Malta is today trace back to 1976, and today consists of state-of-the-art bulk manufacturing and packaging facilities, warehouses, and testing laboratories which are maintained to the highest standards. The site became part of Teva Pharmaceutical Industries in 2016,” he said.

The Teva site in Bulebel, better known as the Actavis site, has a long history in the manufacturing and packaging of a complex portfolio of oral solid dosage forms. Indeed, Teva Pharmaceutical Industries Ltd acquired Allergan plc’s generic business, Actavis Generics, in 2016.

Mr Cachia’s comments were made during a visit by Malta’s Prime Minister, Robert Abela, to the Teva Malta site in Bulebel, alongside Energy and Enterprise Minister Miriam Dalli and Economy and Industry Minister Silvio Schembri. During the visit, the company announced a planned investment of €11 million in 2023, to complement €20 million invested between 2020 and 2022.

Teva Malta’s current operational manufacturing capacity is 2.2 billion tablets a year and is a global supplier of medicines and exports to over 70 markets worldwide, including the EU, the Gulf States, Brazil, Chile, Taiwan, Canada, Singapore and Australia. Teva Pharmaceutical Industries is regarded as a major international player in the pharmaceutical industry, with 37,000 employees globally across 53 production sites producing 76 billion tablets and capsules annually.

In Malta, the present headcount surpasses 430 employees, with the company projecting it will add another 70.

With regards 2023 investments, the company plans to purchase new production equipment, new tooling to allow new product introduction and the extension of a new quality control laboratory, amongst others.

Mr Cachia said that with the planned upgrades, the company will be able to take on new projects in the coming months and years.