‘We are not only a school. We are the industry’ – Malta Maritime Pilots CEO

Jesmond Mifsud discusses the Malta Maritime Cooperative, its new training centre, and the future of the sector. 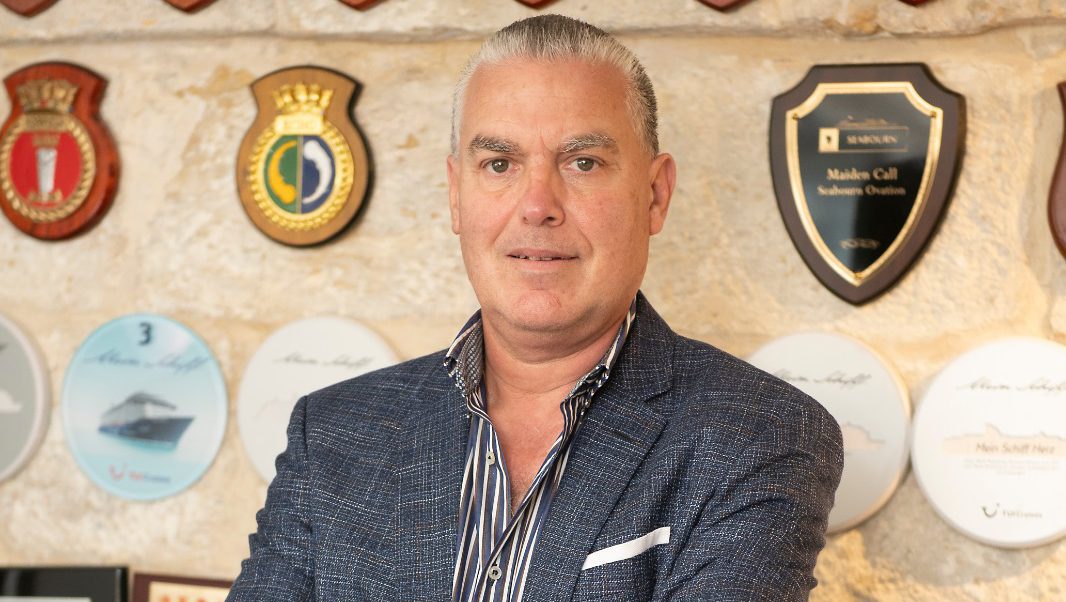 Since he was a child, Jesmond Mifsud was drawn to the sea. “I would spend hours fishing every day,” he recalls, as he chats about his childhood and his strong ties to the water. It was a natural next step to turn his passion into a career when, following his time as a cadet at the Nautical Institute in Malta, he became a pilot in 1988 at the young age of 23.

He would then go on to lobby with his fellow pilots for status as an independent entity, and, when the cooperative was finally established in 2003, he was elected its Chief Pilot.

The self-proclaimed workaholic devotes his life – including the little free time he has – to the industry, admitting that the first thing he does when he wakes up, even before he enjoys a morning coffee, is check his phone to talk shop with his colleagues.

“Pilotage is a 24/7 service. You never stop thinking or working.” He explains that ports are hubs of activity. From cargo ships to destroyers, tourist vessels to oil tankers, the comings and goings of any ship need expert pilot handling, day and night.

Jesmond’s devotion to his work is hardly surprising given the demands of the job; however, it is nevertheless inspiring. He still thoroughly enjoys it. “It’s always exciting and days are never similar. There are always new ships and new masters. I meet people from all over the world,” he enthuses.

Backed by a team of skilled experts, Jesmond speaks about the camaraderie found within the cooperative. “It’s not a one-man band,” he says, stressing the importance of the support he receives from his pilot colleagues. Even so, Jesmond’s leadership mantra is clear: “manage your players well and you’ll achieve big results.”

Leading a team when you’re already professionally trained as a captain makes leadership somewhat easier, according to Jesmond, because captains are trained to be fast decision-makers and to work with what they have, in the event of encountering problems when they’re out at sea.

“You need to be well-prepared and take nothing for granted. You must know how to mitigate problems.” But there was no training that could have prepared them to sail through the uncertain waters of 2020 and COVID-19, and, even though it was ‘business as usual’ in the day-to-day running of the show, the pandemic slowed them down.

“It hit us hard,” Jesmond says, when asked how it affected both their existing pilotage services and the new training centre, which had opened in 2019. MaritimeMT in Hal Far is a €4 million investment, spread over 2,300sqm, designed in the shape of a ship, and offering several courses leading to various maritime careers, including in the superyacht industry.

The cooperative’s vision for the centre was twofold: to strengthen Malta’s position as one of the best maritime training centres in the Mediterranean and Europe, and to ensure students are trained by the professionals within the industry. “We are not only a school. We are the industry,” Jesmond declares proudly.

The intention was to, primarily, attract foreign students, especially from Asia, allowing the training centre to not have to compete with similar services provided for free at MCAST. However, due to travel restrictions and the difficulties in obtaining visas for non-European students, there haven’t been as many foreign enrolments, and MaritimeMT has had to rely primarily on the local market so far.

As for the pilot services in the harbours, Jesmond goes on to say that 45 per cent of the income was affected, particularly since there were no more tourist passenger vessels in Valletta, which usually sees a minimum of three a day from May to December.

But it’s not all hardship. The one silver lining brought on by the pandemic was that all stakeholders in the maritime industry worked together vigorously. “We all pulled the same rope. It brought us closer together,” he says, and on further contemplation about COVID-19, adds, “it makes you aware that we are one big village and, if something is happening in one part of the world, you can be affected the next morning. It’s time for change.”

This resonates the world over, and with changes already occurring on a daily basis, it should come as no surprise that there will be shifts in the maritime industry too, come 2021 and beyond. “Vessels are getting bigger so that they can carry more cargo in one go, and this will affect our local infrastructure,” Jesmond says, as he explains that the Government is already getting ready for these changes by planning more quays and supplying electricity to the ports, so that it will be possible to use less machinery when ships are birthed, making our ports greener.

There are also other positive changes that had been on the cards, but which gained more importance as a result of the pandemic, namely eLearning and Visual Reality. Both have finally been accepted by the authorities as adequate learning tools, thus helping students continue their studies while out at sea.

Other than that, Jesmond strongly believes that change will happen in the mindset of the local community, with more Maltese being drawn to maritime careers and jobs. He believes that the local market hasn’t been properly tapped and wishes that more locals would choose a life at sea as their career.

“We are not adequately showing our youngsters that there are several careers open to them within this industry. Considering Malta is the largest flag in Europe and the sixth in the world, the whole island should be working on ships,” he jokes. That said, a maritime career doesn’t necessarily need to translate to that of a captain or chief engineer, Jesmond elaborates.

“Not everyone is inclined to become a captain. A ship has only one captain. But when you consider the whole spectrum of a ship, there are hundreds or thousands of people working on them. Perhaps a doctor or a nail technician would like to experience working on a ship for a couple of years, travelling the world and making good money,” he says. “They can get certified and do exactly that!”

Jesmond also strongly believes that job opportunities on superyachts are endless, and wonders why, in fact, there aren’t more Maltese taking advantage of this. “Why aren’t we creating opportunities and certifying these people? If Malta succeeds in attracting Maltese masters to work on superyachts, then the yacht owners would most likely choose Malta for wintering, and that would be beneficial to different sectors of the economy,” he foresees.

Certification can now be achieved locally, with MaritimeMT offering courses on superyachts. And with an international certificate under the Maltese flag, which is perceived to be one of the best in the world, jobs for these students are guaranteed. “Once Britain is out of the EU, it will be the best European certificate in the world,” he asserts boldly.

Jesmond’s confidence is refreshing. It is clear that, in spite of a rough and uncertain 2020, his tenacity and positivity do not waver. He has blind faith in the training centre and, even though the timing for its inception was not ideal, he is in high spirits for what its future holds, while he looks forward to a good, if not slightly tweaked, 2021 for the maritime world.

Read next: ‘It is vital for employees and agents to continue improving their skills’ – Maltco CEO