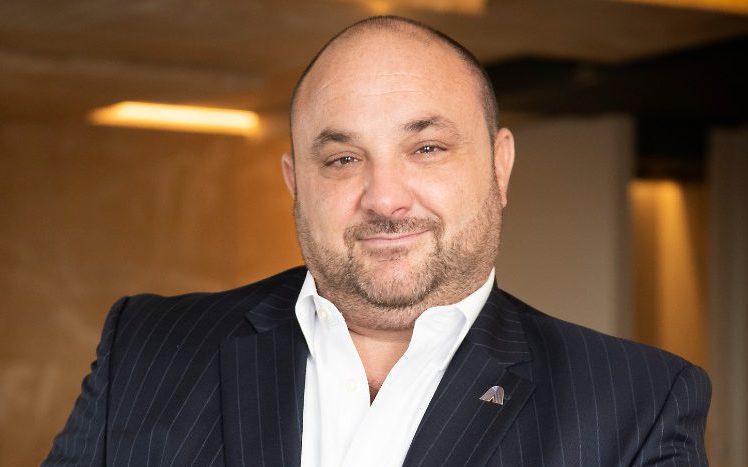 Michael Bonello’s initial attraction to the real estate industry was borne of necessity. Following a change in his family’s circumstances, he took charge of selling his mother’s house in Sliema and, having met with several estate agents and developers in the process, immediately identified a business opportunity which he seized in 2006.

His former training within the hospitality industry had also instilled in him the importance of quality service, which he still values and applies to this day. Today, as CEO of Alliance, Michael’s role is very much that of managing the different aspects of the business with the people that run the day-to-day operations across the network. His day starts early and ends late, but he’s usedto it by now, joking: “you know what they say about time flying when you’re having fun.”

Michael, a self-proclaimed people person and networker, says one constant challenge he faces is maintaining a healthy work-life balance and, for someone whose biggest passion remains his family and especially his growing children, this can only be achieved by making sure he blocks out calendar slots for them.

His love for his work has led to several major landmark moments throughout his career, most notably the launch of the Alliance brand during COVID-19. “After years of planning, months of preparation and several weeks of lockdown, having made it far enough to launch the brand with my team fills me with pride and a sense of satisfaction that’s hard to top,” he states.

The network is managed by Michael as Founder and CEO, together with his founding Partners, Paul Sammut, Gordon Valentino, Angelo D’Arrigo, Mario Gauci, Aidan Xuereb, Fabien Debono, Jay Jay Micallef, Brian Magri, Dylan Micallef and Francois Spagnol; all of whom possess unparalleled experience within the real estate industry. The executive and management teams, in turn, work hand in hand with the company’s large team of property advisors.

“We value the vast experience, diversity and personal contacts of each and every one of our advisors,” Michael says, before explaining that the Alliance tagline ‘Real Estate People’ is much more than just a saying for him, as everything he does revolves around his team. This is why Michael and Alliance are investing heavily in across the board training, within the Alliance Academy.

Malta’s property market is undergoing significant and rapid changes, he continues, and corporate agility is a must. This agility was clearly demonstrated in Michael and his partners’ move to break away from forming part of an international franchise and to forge an independent way forward. “My business partners and I took the bold decision to lean forward and immediately embraced the need to become far nimbler, as it’s very hard to be agile in a multi-layered structure such as that of an international franchise.”

Now, as an independent brand, Alliance is better positioned to convert the challenges ahead into opportunities and the team is now constantly in the process of realigning their business strategy to address new business realities. “Our results in these past few months are very encouraging and they fuel our determination to be the best we can be to serve our market,” he says.

What was also encouraging was the way property sales fared in 2020 in spite of COVID-19, according to the data published by the Malta Developers Association, which saw 2020 become a record year. This success can be attributed directly or indirectly to Government incentives, according to Michael, however he adds that it also shows that the property market is largely based on local consumption, as these record results were reached without much activity from international buyers.

Nevertheless, Alliance did face some challenges during this period, and Michael’s strategy was to think outside the box and adapt rapidly to overcome them. “The biggest change was on the channels of communication,” he says, and the team held regular Zoom sessions to maintain the usual working environment and motivate one another at both management and property advisor levels.

On the other hand, launching a new brand in the midst of the pandemic put them in the ideal position to build-in certain features that would improve their sustainability and give them more resilience in the longer term. One example of this is their property 3D walkthrough videos, along with good-quality photography, which facilitated remote viewings and proved to be a great timesaver for buyers, sellers and agents. Remote working for their property advisors was another area that they implemented from the start, especially for people with underlying conditions. This also changed the way some home viewings and meetings were conducted.

One silver lining that came out of COVID-19, according to Michael, who speaks about the matter with the most respectable sensitivity, is the fact that it created an opportunity for the agency to find more recruits from badly affected service sectors, such as hospitality, catering and retail, to join their training programme and start working as property advisors. Michael says that Alliance has already welcomed more than 40 people who succeeded in reinventing themselves, after having been given extensive training at the Alliance Academy.

Moving forward, during the recovery stage in 2021, he believes that the property market will eventually revert back to a buyers’ market, while both sales and rental prices will adjust naturally to stable levels. The foreign buyers’ market may take more time to recover, but one advantage is that, due to Malta’s small size, the economy could recover earlier than others, giving us an added competitive advantage, he foresees.

With regards to development and his hopes for sustainability in 2021 and beyond, Michael explains that, over the past few years, there has been a major push towards new regulations and increased compliance costs to promote more sustainability and environmental consciousness, although there is much more that still needs to be done.

However, he notes that from a geographical and social standpoint Malta is what it is, and this cannot be changed. “If we are to return to the trajectory we were on before COVID-19, with so many international people coming here for work and the population growth we had, then controlled land reclamation and high-rise buildings are the future for Malta to compete with other countries in terms of quality and life amenities, including an overall greener Malta,” he asserts.

Nevertheless, on a micro level, the main opportunity for Alliance moving forward remains that of sustainable growth, along with coming up with innovative ways of selling their properties, such as ‘Alliance Selected’ – their flagship product launched in August. Alliance Selected properties are more accurately appraised by professionals, much better presented with higher-quality photography, 3D walkthroughs and videos, and then persuasively promoted for the period they are listed exclusively with Alliance, Michael explains.

2021 will also be the year that sees estate agent licences become mandatory, something Michael says his property advisors are looking forward to. “This opportunity for regulation is expected to elevate the quality of service of our industry and strengthen brands like ours that value human resources training and support,” he says.

Michael concludes by reiterating his earlier objective: Alliance becoming the recognised market leader in the field. “I am very confident that my entire team is highly motivated to achieve this, and making that happen will be our main drive,” he concludes.

Read next: Why CEO and top management mentoring is the best investment you can make in 2021