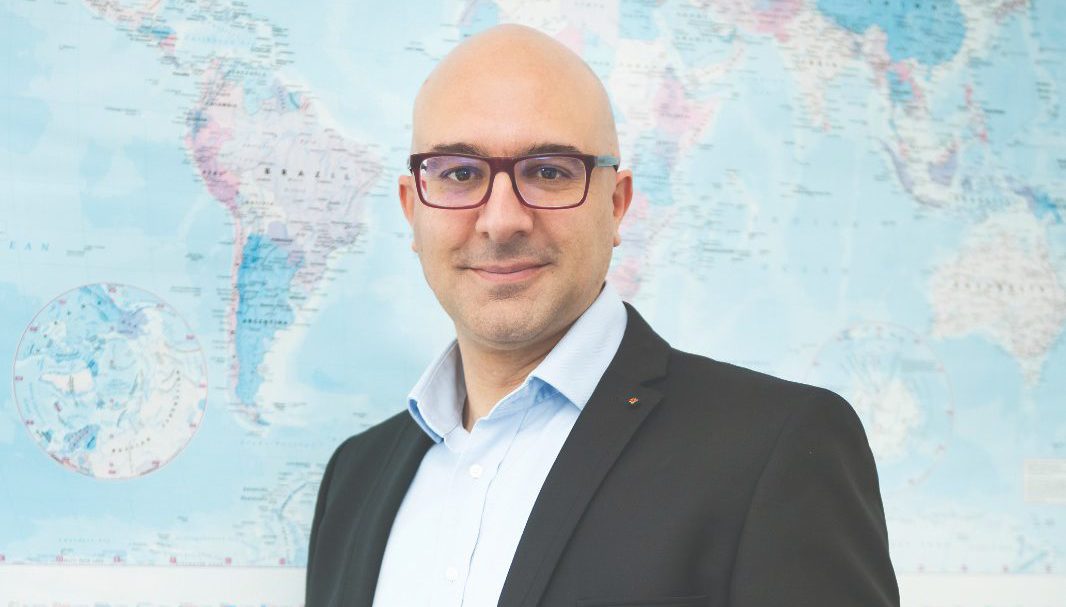 Describing himself as a ‘kite’, Christopher Busuttil Delbridge uses an interesting analogy to define his role as CEO of Evolve, explaining that, “I see things from a distance, and the people in my team hold me grounded and actually make the things happen.”

Having built Evolve Ltd within the Attard & Co Group from scratch, offering services such as designing, equipping, and maintaining scientific workspaces and training industry professionals, Chris says that his goal has remained unchanged since the outset: “to do the best I could, in whatever task.”

As ‘Malta’s fastest-growing science company’, the CEO explains that dealing with people and building relationships is integral to Evolve’s success. Describing himself as a people person, Chris relishes seeing untapped potential and bringing it to the fore. “I love helping customers make their dreams come true and be successful in their line of work, and enjoy building long-lasting relationships with suppliers, both locally and internationally,” he says, admitting that managing people, along with their requirements and agendas, can also be tiring.

Describing what differentiates Evolve from other laboratory services providers, Chris says that “Evolve has its own personality and its own requirements – in fact, during meetings, I famously leave an empty seat for ‘Evolve’. I tell my colleagues that this is Evolve, and we all work for Evolve.”

Noting that a company’s growth is measured in stages, the CEO believes that Evolve’s biggest milestones centre on introducing new technologies, such as molecular biology, to the market.

“We have helped to establish the pharmaceutical industry in Malta, taking it from one company to 15 companies today. We were there at the forefront, upping our game to match the expectations and requirements of this new regulated industry,” he affirms, noting that this is also Evolve’s focus when it comes to the medical cannabis sector, supporting Government’s vision and the investors to make this a reality. “In fact, Evolve designed and built the only EU GMP-certified medical cannabis processing facility in Malta,” Chris continues.

Despite these milestones, the CEO highlights two achievements of which he is proudest. The first is refining the company culture through a year of training and workshops on positive psychology, leadership, communication and mindfulness, through which “we defined what our BHAG (Big Hairy Audacious Goal) is, and what became our vision: to be an internationally-recognised, award-winning thought leader in the scientific and healthcare markets. This is something that inspires us every day because we, as a team, came up with it,” he says, going on to list the company’s core values.

“Our values do not describe what we want to achieve, but how we make all our decisions. They are a testament to who we are and act as a template for us in times of doubt, and for all those who will come after us, if we want to keep what Evolve represents to our customers and stakeholders,” Chris maintains, revealing the anagram ‘PRIDE’, which stands for Positivity, Respect, Integrity, Dedication and Exceeding Expectations.

The second milestone the CEO is proudest of is when the company managed to break through internationally, becoming the first company in the world to design and build an EU-standard laboratory in West Africa. “Nowadays we consider ourselves a local and international company, and we already have a number of prestigious projects abroad,” he states.

Yet while Chris admits that 2020 wasn’t quite the year the company projected, “people didn’t stop dreaming”. Naming the main differences as courage and caution, the CEO admits that while the numbers weren’t what they were in previous years, the opportunities remained, and projects were shifted by 10 months to a year. “It affected us primarily when it comes to timeliness,” he notes, pointing to several orders in Ghana which should have been completed in 2020, but had to be put on hold.

Speaking of the business’ evolution during this important time, Chris highlights the unique opportunity to market products to a wider audience. “Operating in such a niche market, you have a very limited number of customers locally. So, for the first time ever, COVID-related products opened a door which we had never knocked on before – the B2C market,” he says. This coincided with an emphasis on marketing – another new avenue for Evolve. “We rebranded and launched our new website in November 2019, and started populating it in early 2020,” the CEO explains, adding that an external company was also engaged to help with marketing throughout the pandemic. “It had a huge impact on how people perceive us, and it’s been a great experience,” he continues.

Describing the biggest opportunity to come out of the COVID-19 scenario as “introspection”, Chris says that Evolve has also embarked on a business process re-engineering exercise to prepare for its next phase of growth post-COVID.

“I have personally taken Evolve into an active role within The Malta Chamber and we have created what is known as the Quality Committee,” he says, which is working towards influencing and creating an agenda for quality and changing the mindset of people, companies and, hopefully, administration. Apart from this, Chris has also been involved in the creation of a new business section for medical cannabis within The Chamber, working on being more active on a national level, in line with Evolve’s vision of becoming a thought leader.

The situation with COVID-19 also precipitated a mentality shift, according to the CEO, who goes on to emphasise the importance of collaboration. “What got us here won’t get us further. It’s been good, but we now need to unite our strengths to be more successful and competitive, especially in international markets,” he maintains,

On a company level, the CEO notes that Evolve has moved away from being an importer to being a solution provider. “We used to sell products, now we do projects. To us, that also means that we have to change our mindset as employees of Evolve, and bring in additional skill sets which we require,” he affirms, adding that the company’s biggest challenge for 2021 is making sure that the leadership team in particular is aligned with the needs and requirements of the company.

“There is so much more to be done, and we are our greatest critics,” Chris says, highlighting his wish for Evolve to be recognised as a key contributor in industry in Malta. Apart from that, his gaze remains fixed on further internationalisation, and in order to succeed, he’d like nothing more than to see the mentality of businesses in Malta shift to one of collaboration. “The word is co-ompetition: to collaborate or cooperate with your competition. We may compete in Malta, but on the world stage there are such big opportunities, and we should help each other.”

Read next: The value of compassionate leadership during times of crisis