Art historians have acknowledged Giorgio Preca’s major role as a pioneer of modern art in Malta. 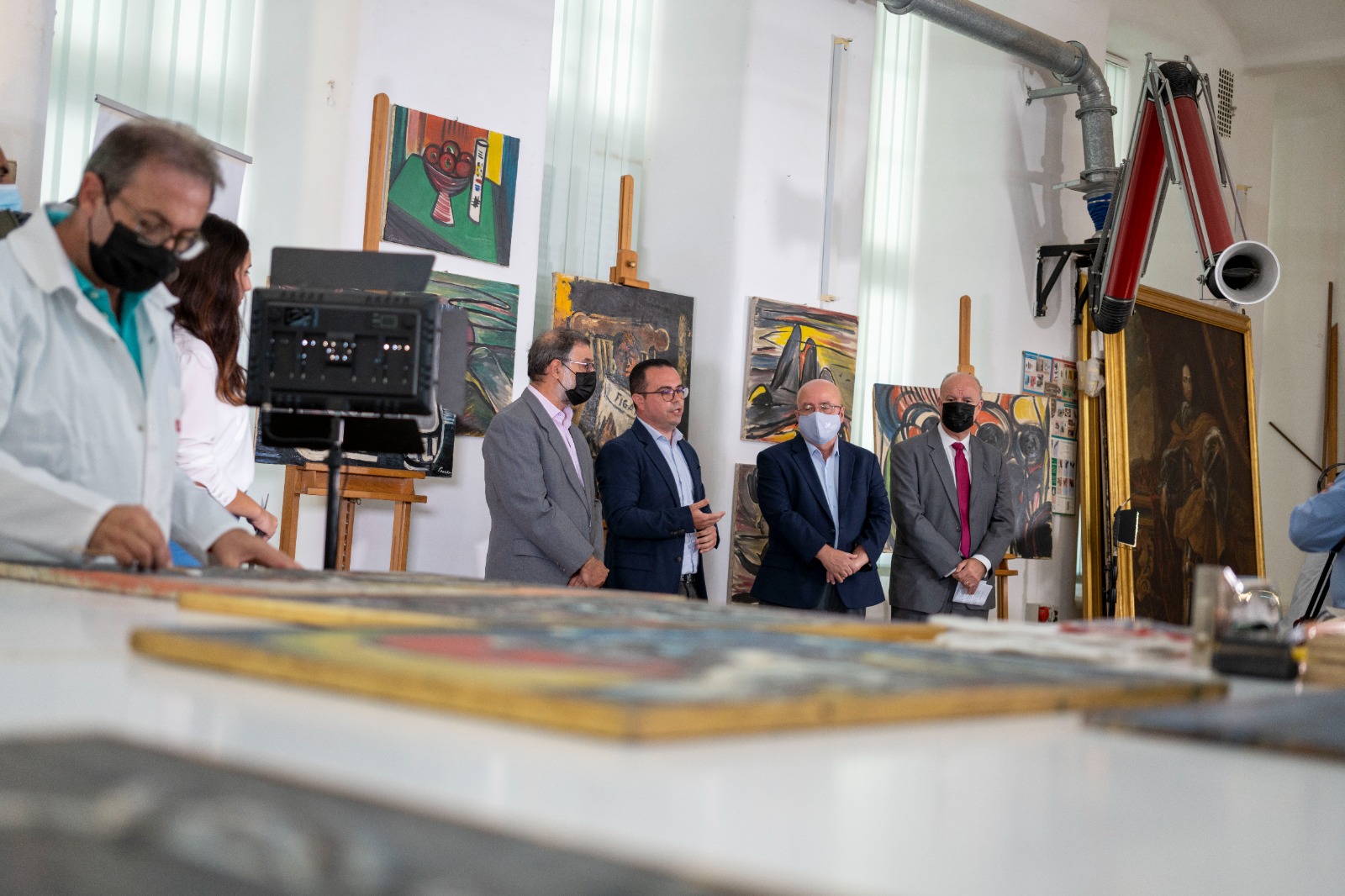 Several artworks by Maltese artist Giorgio Preca have arrived in Malta from Rome to be exhibited later this year. They were loaned to Heritage Malta by the artist’s family and most of them have never been displayed in public, making this their first public appearance.

The artworks consist of 21 paintings, four drawings, and six ceramic objects that Preca used for some of his still lifes. In the exhibition, these artworks will join another painting by the same artist which Heritage Malta acquired in 2019. The exhibition is planned to be inaugurated next December and will run for several months.

At a press conference announcing the arrival of Preca’s artworks in Malta, which was also attended by Massimo Preca, the artist’s son, Anthony Scicluna, Heritage Malta’s Chairman, said that in spite of the many challenges brought about by the COVID-19 pandemic, the past year has seen Heritage Malta reach various artistic milestones, such as the return to Malta of Mattia Preti’s ‘Boethius and Philosophy’ and the current exhibition of 13 loaned masterpieces at MUŻA.

Mario Cutajar, Heritage Malta’s Executive Director, said that despite Preca’s importance in the history of art in Malta, and despite the respect shown to him by fellow artists, he remained to a certain extent in obscurity among his compatriots. Mr Cutajar commended Heritage Malta for acquiring Preca’s artworks on loan so that the public may enjoy them for the first time and Malta may appropriately acknowledge one of its own who, through his art, honoured himself and his native land.

Noel Zammit, Heritage Malta’s Chief Executive Officer, spoke of the challenges overcome by the agency in order to make this exhibition possible. The first, he said, was to actually bring the artworks over to Malta. There are also the challenges posed by the exhibition itself, which needs to be presented in such a way as to ensure a holistic experience for visitors and retain their place at the centre of all operations.

Kenneth Cassar, Heritage Malta’s Senior Curator for Ethnography and Art, said that the exhibition does justice to Giorgio Preca, considered as one of the pioneers of modern art in Malta, who left his motherland and successfully established himself in Rome.

Read next: ‘Here’s to many more years of creativity’ – The Concept Stadium celebrates 11 years in business