GO has announced the launch of its LaValette Submarine Cable, connecting the island to France and Egypt. 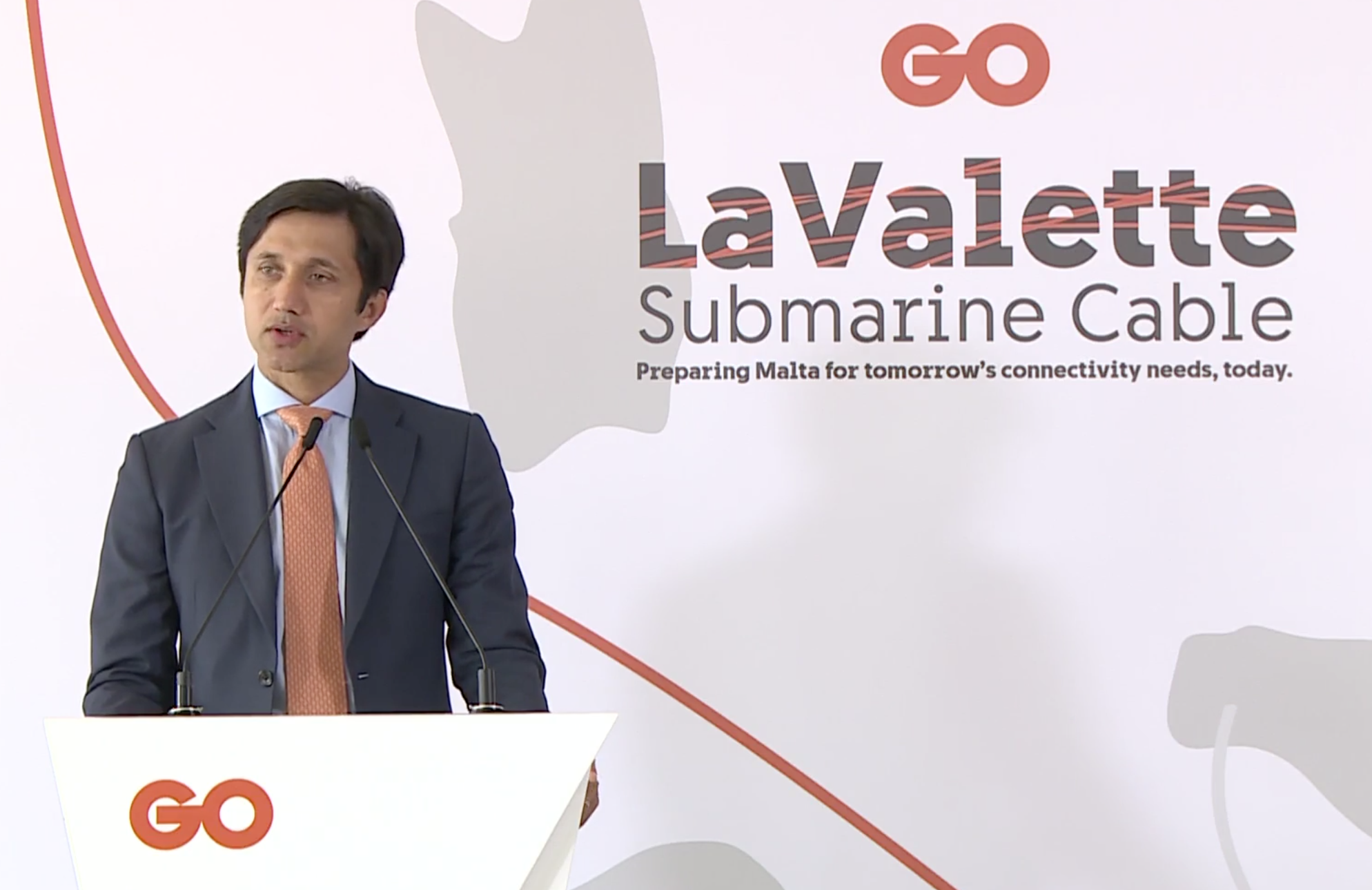 Earlier today, local communications services company GO officially announced the launch of its third submarine cable – the LaValette Submarine Cable – which will connect Malta to Marseille, France, allowing GO to bypass Italian mainland infrastructure. The cable also connects the island to Egypt as part of a major project connecting Asia to the Middle East and Europe.

Describing the launch of the new cable as “a momentous occasion for Malta’s communications history”, GO CEO Nikhil Patil said that company wanted to go beyond connectivity with Italy, which is why it invested €24 million for the third submarine cable, connecting Malta to France and North Africa, “opening up new possibilities” for Malta.

“Our purpose is driving a digital Malta where nobody is left behind. To bring this purpose to life we have invested over €100 million in the last five years, and we will invest at least another €100 million in our communications infrastructure over the next five years,” he continued, during the launch.

The project has been ongoing for 18 months, and Mr Patil thanked the Government for its support, as well as partners Karl Attard & Brothers, QPM Architects and PCCW.

Speaking at the launch, Prime Minister Robert Abela commented on the dual connection, affirming that “an important aspect of this project is that we are branching into a dual connection for the first time in Malta’s telecoms history, facilitating a high speed fibre connection towards the western and eastern Mediterranean.

“This investment of today will make our economy more attractive and create the basis for new sectors to thrive and drive forward growth, while becoming a more digital society will help facilitate transition to green economy,” he continued.