‘Leadership is all about people’ – Rose Anne Cuschieri

With a career in education spanning over three decades, the CEO at Malta Further and Higher Education Authority looks back on her journey, and the focus and determination that drive her to deliver results and lead her team effectively. 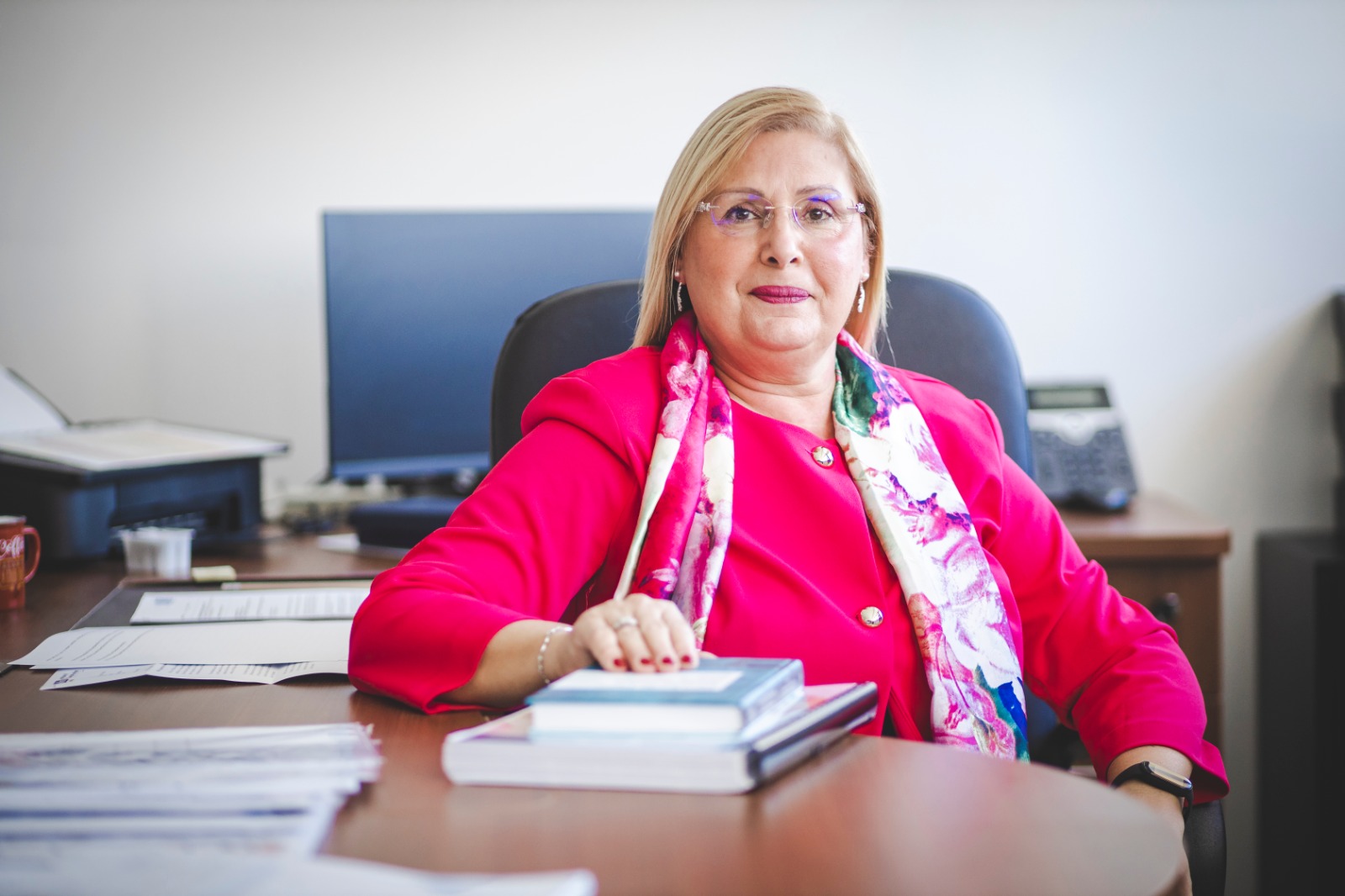 Rose Anne Cuschieri started a career in education that would span over three decades by sheer coincidence. In 1990, she was enjoying life as a mother and housewife, until an unfortunate accident left her family’s finances in dire straits. Compelled to seek employment, Rose Anne started out as a grade three schoolteacher and has never looked back since.

This twist of fate saw her master various other titles within the sector, including coach, counsellor, trainer, director, lecturer, and public speaker. Throughout, however, she says her greatest accomplishment was achieving her doctorate while working and raising her children. “That remains my proudest accomplishment. It was hard. But that didn’t stop me,” she shares.

But, when she’s not working, you’ll find her in the kitchen. She loves to cook, while enjoying an occasional glass of wine, but mostly, she loves to bake. “My father was a baker; he ran a confectionery,” she reminisces. “It was a wonderful upbringing,” she recalls.

Equally wonderful, she continues, were her scholastic years, which gifted her with two remarkable teachers who taught her English and Maltese, and encouraged her growth. She credits them with inspiring her choice of career: teaching.

“The mutual recognition of professional qualifications is an important aspect of the free movement of citizens throughout the EU,” she says, underlining one of the key functions of the entity she heads. The law lays down the framework through which regulated professions are to be recognised by designated authorities as the entities responsible for each individual regulated profession, she elaborates.

The Malta Qualification Database, launched in November 2020, is considered by Rose Anne to be a milestone for the year as it was a laborious project to roll out and, due to COVID-19, resources were limited.

Co-funded by the European Commission, this online database is publicly accessible and provides detailed information on further and higher education qualifications and awards that are accredited and can be obtained in Malta.

This database will contribute to making information on accredited programmes in Malta more readily available to learners both locally and abroad, whilst ensuring that anyone who wants to further their education has the correct information at hand. The information provided on accredited programmes is comparable and compatible with that provided by other countries, thereby ensuring the transparency of the system of accreditation carried out in Malta, whilst facilitating the recognition of Maltese qualifications abroad.

Her role clearly carries great responsibility, but she is not daunted by it; focus and determination drive her to deliver results and lead her team effectively. She believes that the key to successful leadership is to be a good listener and a good team player. “I always had an inclination to listen to people. Leadership is all about people.”

Being a people person, and valuing nothing more than to establish a good rapport with her staff and clients, Rose Anne’s main goal was to make the MFHEA more personal. When she took on the role of CEO in 2018, the entity had seen major shifts in form and structure, and she was determined to provide a sense of job security. Rose Anne recalls that her biggest challenge at the time was to gain their trust. “But I managed, and today we work in perfect synergy. It’s very enriching,” she says, explaining that she succeeded by establishing clear roles and parameters for her staff from the get-go.

Another initial goal was to shift an old-school mentality about the Commission’s relationship with the licensee providers, namely the people licensed by the MFHEA to provide further and higher education to their students. The entity’s business style with the providers was rather transactional.

Her challenges, however, were far from over. Less than two years after taking on the role, and slowly getting the company to reach its full potential, COVID-19 hit.

From an internal perspective, it was a challenge to shift the frequent meetings online, particularly for Rose Anne, who values nothing more than face-to-face interaction. The vivacious staff meetings were traded in for little boxes holding dozens of faces on a laptop, and the ‘good mornings’ shared over coffees were replaced with remote working in an empty kitchen, Rose Anne says, as she paints the grim picture.

On a larger scale, she had to ensure that, since courses had shifted online, the students were still receiving the highest possible quality of education. To achieve this, she consulted with a number of experts to provide clear parameters on what constituted ‘quality online education’, and the team was prompt in drafting a policy document on the matter. “We worked quickly but thoroughly,” she says proudly.

On a personal level, 2020 also saw Rose Anne being elected as a member of the Steering Committee for Education Policy and Practice (CDPPE); a committee which oversees the programmes of the Council of Europe in the field of education and gives advice to the committee of ministers on educational issues. She has also been elected as a member of the Governing Board of the European Wergeland Centre (Royal Norwegian Ministry for Education and Research).

Overall, however, Rose Anne is most proud of the team’s tireless work towards the MFHEA becoming an Authority, rather than a Commission; a long and difficult process which started in February 2019, and which would put it in a position of more power and more responsibility when it comes to fruition. “I am nothing but proud of what my team and I have managed to accomplish with regards to this, and in spite of the circumstances,” she states. “We worked hard.”

Rose Anne hopes that come 2021, she will be able to increase the staff complement, rendering the MFHEA a bigger and more effective entity, with more online prominence too.

Other than her aspirations for gaining this independence and expanding her workforce, Rose Anne sees 2021 as a year of hope. She’s confident that whilst certain elements will inevitably change as a result of COVID-19, such as online courses overriding classroom sessions, things will slowly settle into a new normal and the educational sector will continue to grow, now more than ever.

Read next: ‘Together we can create an atmosphere that will propel society forward’ – Sass Woods