Mapfre Middlesea CEO Felipe Navarro highlights key lessons from the past months, and stresses that human contact can never be replaced. 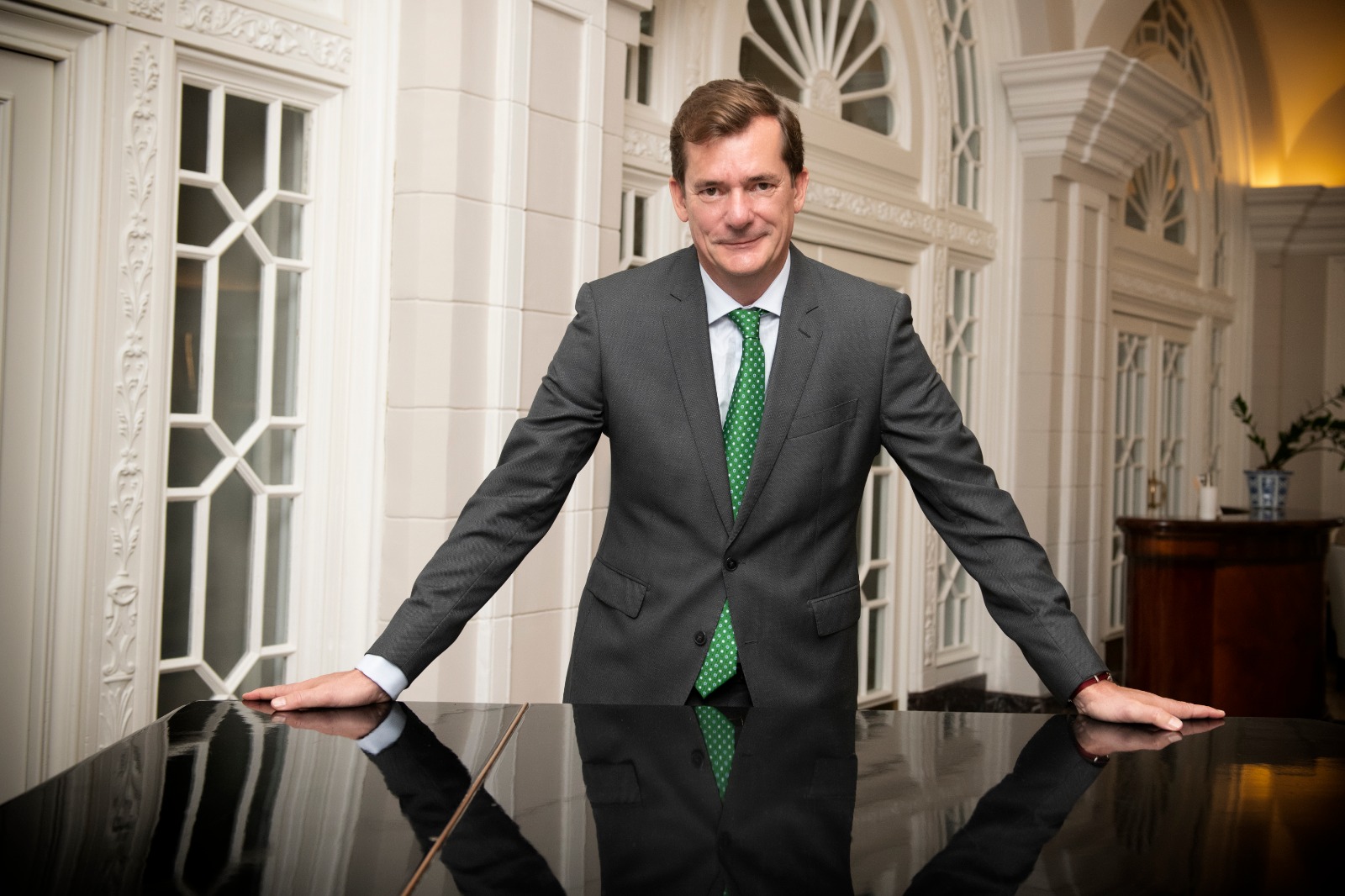 Since taking the helm of insurance company MAPFRE Middlesea in 2015, CEO Felipe Navarro has witnessed its growth from an industry leader to an undisputed front-runner in the local insurance market. Despite the extraordinary events of 2020, this hasn’t changed.

He insists, however, that getting the company to where it is now is not solely down to him. “Maintaining our lead position is only possible thanks to the full commitment of the management, committee, and staff. When I started my new role in Malta in 2015, we were already leading the market and right now, we are in a stronger position than when I arrived.”

Felipe asserts that, since the start of his tenure, his aim has been to bring MAPFRE Middlesea back to high profitability, “and we accomplished this. We are a sound, well-managed and technically controlled insurance company, and this is of huge significance to us,” he says.

As CEO, Felipe highlights his passion for working with people, especially those who are ready to service others, and he shares a strong appreciation for every staff member of the company, saying “without the involvement of everybody, and without them understanding that they are important for the company, its profitability and viability for the long term, it is impossible for us to look forward to the future.”

Discussing the challenges of the role, he asserts that they are various on any given day. On one day, it could be an issue within a department, and, on another, he may be dealing with a difficult personality, he says. “But whenever there’s a problem in the company and everybody comes together to try to solve it, then it becomes just a hiccup.”

Looking at business performance in 2020, Felipe says that, as their half yearly report has shown, despite being exposed to the market and the slowdown of the Maltese economy due to COVID-19, MAPFRE Middlesea has remained steady – an achievement that shouldn’t be underestimated in these times. He goes on to highlight that the company’s insurance products have performed differently under the exceptional circumstances, with its biggest market, life insurance, taking the hardest hit.

“The life insurance market was impacted by the change of pace in investments and this has affected the overall solvency of the Group. However, we experienced strong performance in the non-life insurance market, namely motor insurance, partly due to a lower level of activity throughout the summer months with fewer tourists on the island, which resulted in less accidents and therefore fewer claims,” says Felipe.

“On the other hand, we are finding that some of our commercial clients and SMEs are struggling, and we are trying to adapt to this new reality,” says the CEO. “Insurance companies are counter-cyclical and tend to perform well in a crisis or economic downturn, as demand for our services doesn’t stop. Nonetheless, there will be challenges, such as getting clients to renew their policies, and adapting to the real needs of the client and their financial situation at the time.”

Felipe recalls that 2020 was off to a solid start with strong growth levels in January and February, but everything changed in March and April. That’s when selling or renewing policies became more challenging than they could have anticipated. “In terms of sales, 2020 will be a repetition of 2019 and we hope that, if the economy bounces back as the Central Bank of Malta is projecting, we will return to levels of growth that we are used to in 2021.”

Beyond its profits and losses, the CEO adds that another major challenge the company had to face in recent months was the sudden overhaul of its set-up, to ensure that business could continue after COVID-19 struck.

“Once in partial lockdown, we had to deploy many new tools to ensure that we maintain a relationship with our clients, and to provide them with enough flexibility to communicate with us. Most clients adapted to the new digital reality quite quickly,” he explains. “Internally, we had 95 per cent of our staff ready and set up to work from home within one week, so we were back to business in no time. We believe this reflected the commitment of the team, the trust of our clients, and the flexibility of the technology we’re using.”

Undoubtedly, 2020 has gone down for many as a year of personal and professional hardship, a time of immense change and adjustment, during which time, good leadership has not only been needed, but valued and appreciated. From his experience of leading a team in a time of crisis, Felipe reflects that while staff worked well remotely, there was a noticeable disengagement between teams.

“We noticed that teams started to lose that sense of belonging, and we tried to stress internal communication between and within teams to ensure that everybody knew they were important and needed at that point in time,” says the CEO.

2021 is a year of even more change for Felipe, who will be moving on from his role as CEO in April, to assume the role of Assistant General Manager for Administration in MAPFRE Spain. Reflecting on his tenure in Malta, he says one of the most valuable outcomes from his time here is how much he’s grown and matured as a CEO, and even more so as an individual, thanks to the various challenges he’s faced and the many people he’s had the opportunity to cross paths with over the last five years.

Meanwhile, shifting focus to insurance market prospects for the coming months, Felipe is certain that Malta has room to grow in this sector. “I believe there are opportunities for Malta to service other countries and increase its capacity as an insurance market for the rest of Europe, particularly southern Europe and even north Africa,” he asserts. “However, such opportunities depend on other developments, namely passing the Moneyval assessment, as without a positive outcome, the country will have big challenges ahead of it.”

As for the prospects of MAPFRE Middlesea in 2021, Felipe says the company is committed to further strengthening the service it offers to its customers. “I believe we can continue to improve our quality of service – there is always more to be done in this area. We are already renowned for our service, such as our roadside assistance, but we can continue to do better and be what our clients expect an insurance company to be. This, along with our constant drive and ambition, will ensure that we continue to be the market leader in Malta.”