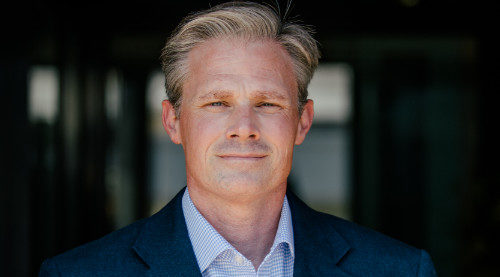 Catena Media launched their Q3 financial reports which saw an increase of 11 per cent in the fast-growing North American market, and the launch of a cash savings scheme, leading to a combined annualised cash savings of €5.5 million in the European market.

Speaking of the company’s performance during the past three months, Catena Media CEO Michael Daly expressed his satisfaction in seeing the company’s core market in North America continue to grow with revenue reaching “€18.6 million, an increase of 11 per cent from Q3 last year.”

One of the main reasons for such growth was “the legalisation of online sports betting in the large Arizona market and the nationwide launch of a large operator,” the CEO stated, adding that “Arizona opening and also the successful onboarding of Kansas in Q3, North American revenue was up 24 per cent overall and rose 43 per cent in sports.”

“For the group, revenue decreased slightly and the earnings before interest, taxes, depreciation and amortization (EBITDA) margin narrowed,” he added. Nevertheless, the CEO still feels “encouraged by [the company’s] overall performance given macroeconomic challenges in multiple markets, [their] heavy growth-oriented investments in North America, and considering the internal engagement that the ongoing strategic review demanded from the business throughout the period.”

Speaking of the strategic review that the company is currently undertaking, Mr Daly acknowledged that this process will soon be finished. “The measures being taken, and to be taken, as part of the strategic review are optimising the business to capitalise on the growth of online sports betting and casino in North America, where a wave of regulation continues to open new markets to licensed operators and create exciting openings for Catena Media,” he stated, adding that he looks forward to making a full announcement on this in the near future.

Europe is a different market for Catena Media, and one which is currently undergoing some significant changes mainly due to the restructuring measures leading to a combined annualised cash savings of €5.5 million including a 25 per cent reduction in European headcount starting in Q1 2023.

Indeed, Mr Daly described Europe as “the region where the current high-inflation environment is most pronounced and the squeeze on player spending is most acute,” hence the decision to take measures.

“We scaled back our operations during the quarter to focus on a smaller core of strategic high-margin brands primarily in regulated online sportsbook markets, and to a lesser extent in casino,” he explained.

“The restructuring measures led to a reduction in European headcount of more than 25 per cent and generated combined annualised savings of €5.5 million. These savings, which were above our initial target of €5 million, will apply in full from January 2023. The reorganisation inevitably consumed a great deal of operational energy during the period, so I was especially pleased to see positive signs in Q3 from the new European core, led by solid growth in our Italian online sports betting business. I look forward to developing our high-performance Italian and UK assets as we move ahead,” Mr Daly explained.

The company’s main focus continues to be the Americas. “It is here that the appetite for supporting and extending licensed online sports betting and casino is strongest, and hence where we will be best placed to retain our market leadership and achieve high levels of sustainable growth over time,” the CEO affirmed.

Online betting in the US is certainly on the rise, so much so that “three states – Maryland, Ohio and Massachusetts – have all announced their intention to legalise online sports betting in the near future, with Ohio committing to 1st January 2023 as its go-live date.”

“We have advanced plans in place for these states, including operator collaborations in Ohio and Maryland that are already offering pre-live player deals. We continue on our path to surpassing our target of $100 million in annual revenue,” Mr Daly announced.

“We continue to build for the future, and do so from a position of unprecedented strength. Our low debt, strong cash flow, organic search know-how and lean organisation make Catena Media uniquely placed to set the pace in lead generation for online sports betting and casino – in North America and beyond,” he concluded.